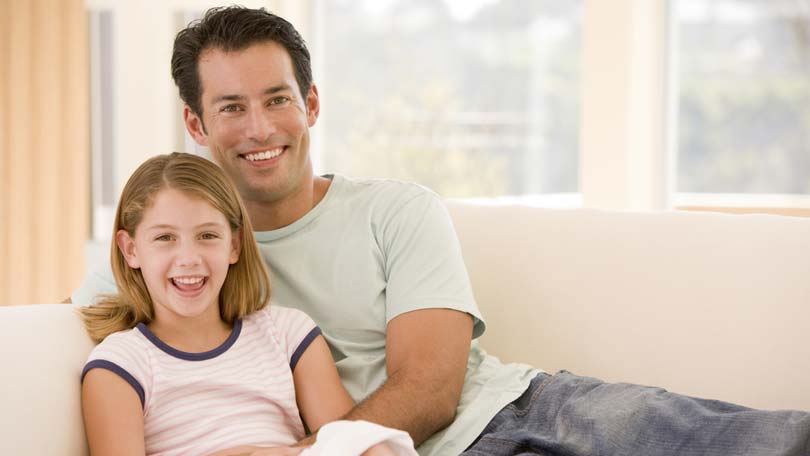 How to Discuss the Topic We All Want to Avoid

Darn media! You thought youd get through a few more years of parenting before having to confront the unspeakable of unspeakables with your young son or daughter, or you hoped they’d go to mom, perhaps, so she could brief your child on how babies are made and where they come from as you happily mow the lawn, but no such luck! But what did you expect?

The world seems to revolve around sex.

And while I can already hear the opposition to that statement, and while the opposite might be true in your house, what if an alien race lowered their space vessel into the atmosphere and did even a brief survey of:

Well, honestly, not only would they have to conclude that we humans were a bunch of sex addicts but that we also had blatant sexuality inextricably twisted into commerce as well’ I’m beginning to think it, too!

So perhaps the topic comes up sooner than expected or lands on your plate thanks to outside influences. here’s step one:

Think about it: The alternatives include their learning about it from somewhere, something, or someone else! This little gem of a paradigm should alter the course of the conversation for the better right off the bat. If you are mature and open so that they can easily understand what you impart they will likely monkey-see, monkey-do on the subject and handle it in a like manner, rather than being uncomfortable or resistive.

I had an experience interviewing people in their homes years ago and met a woman and her very young daughter who only had themselves to talk to while dad was away in the Navy, living in Norfolk, Virginia. The young girl spoke to me maturely and properly, and sounded so much like an adult it was actually a bit spooky.

‘my husband’s not around so I talk to her, mom explained.

This can be helpful in all facets of your parenting, especially when it comes to potentially sensitive subjects like sex’ and love, money, driving you name it.

Let’s step back for a moment, however, and rather than simply look at the context of your conversation, consider something I found invaluable from the writings of Stephen Covey and the Seven Habits of Highly Effective People.

Personally, I thought I had done alright as a dad, especially through the early years. As my daughter left the tweens behind and became a teenager though, this seemed to begin separating at the seams. I was worried. I was harping more and she was rolling her eyes more, but hey her actions were more important now, right?

Two concepts helped me completely change the direction we were headed as a father and daughter which, by the way, is a very sacred relationship in American and perhaps all cultures. The first is what is called the Gollum Effect, and the second keeping a positive emotional bank account with your child.

The Gollum Effect says that people respond to your expectations even more than the content of your sentences. And wow how true it is! This principle has application across the whole spectrum of human relations, but here’s how it helped me with my daughter: I was slipping into low expectations and when something (like schoolwork or taking care of pets) was not done I became a disappointed tsk-tsk kind of dad, as if to say ‘See? I told you so!’

Heck, even when trying to encourage I found I did the same thing: ‘honey, that’s great work!’ was delivered on a carrier wave of, But what about everything you haven’t done?‘

After all, I really do know how smart and wonderful she is! Why was I not operating off of that? When she was really little I would applaud her genuinely and sincerely for pooping in a plastic toilet and here, years later, even my compliments were coming from a poisoned well of unintended disappointment. It didn’t take much at all to correct it within myself because I’m honestly not disappointed in my daughter. She’s amazing!

I now simply and easily regulate my own speech to be genuine and sincere and based on my honest assessment of her as an incredible person whom I respect. The difference is now she likes to talk to me again. She volunteers things. She knows I respect her. We’re friends again.

By ensuring I make emotional deposits in this way with her and keep a positive balance, it overflows and she is happy to talk to me about dinner, what movie to watch, what I’m doing at the moment, and so on. She’s also happier to talk to me about more sensitive subjects like her schoolwork and deeper beliefs.

And there’s absolutely nothing like a true philosophic discussion with a 14-year old who has deep-seated beliefs and can defend them! it’s honestly one of the more beautiful things, to watch as she develops a personal philosophy. And it’s infinitely precious that she would discuss it with me! ‘

To the contrary of many, I personally decided going into parenthood that I would be a friend first and then a parent with my daughter. By friend I do not mean popular or cool  I mean friend in the most basic, purest of ways: Someone who will be there, someone who genuinely cares, someone who is genuinely interested in listening, and yes, someone you enjoy being around.

Yes, I have parental knowledge to impart, life experience, blah, blah, blah, but she actually needs very little authority. I don’t want to raise someone who needs top-down enforced rules to blindly follow. My job is to prepare her to make it and make it independently for the most part, so her decisions will need to be based on reason and her reasoning skills.

So my understanding is that we consciously create the environments we share with our kids and by making it a safe and positive one and not a toxic or secretive one, they will be willing and interested to hear what he have to share in the first place! The worst case scenario – and an example of this concept gone awry – is the kid who does the exact opposite of what mom or dad say. Examples abound!

The best chosen words and most eloquent delivery will fall to the ground like little lead balloons from your mouth if the environment is not a healthy one or heaven forbid toxic. So that comes first, but interestingly, with the environment in place, the exact words never seem to be a problem.

it’s never hard teaching anyone anything if they’re interested in it. ‘

Your job is to maintain a relationship where they want to hear it from you! Then give them what information they need when they need it, answering their questions exactly no less, no more.

Some parents give too little and some too much. The Goldilocks approach (just right!), however, works best. You don’t have to explain it all at once and after all, it doesn’t have to be the only important conversation you guys ever have!

Rodney Miles is an award-winning artist, author, and freelance writer with more than 20 years experience writing fiction and non-fiction, with expertise in real estate and marketing. "My passion is creating engaging writing with color, humor and nuance, and I love my job!" Rodney writes in Florida where he lives with his wife, daughter, and pets. He can be reached at [email protected] Website: www.biminibooks.com

How Can I Prepare My Child For The Death Of A Loved One?

It’s None of Your Business Mom

Are My Kids Embarrassed By My Weight or Appearance?