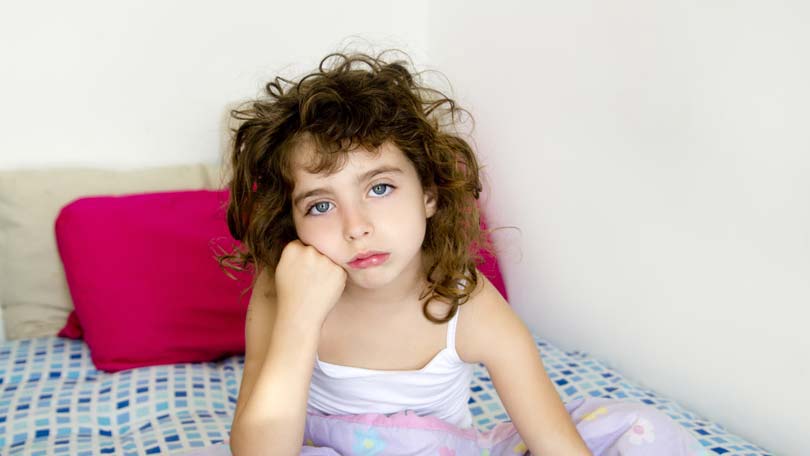 I’ have a confession to make. I love my children equally but treat them entirely differently. By different I don’t mean better or worse, I just mean that I go about their raising completely different. Some rules in the family are routine, while others are wavering depending on whom, or rather which child I am talking about. This policy stands true with determination of how to ground my kids or otherwise discipline them for their behavior. Although grounding children is often an effective means of consequence; it doesn’t prove to work uniformly well with all my 4 kids. While an hour long time out works well for one of my daughters, the other finds it quite a welcome break. When my 7 year old hits a sibling, it is handled much differently than it is when my 11 year old is the one throwing the punches. Just like when the 2 year old throws a tantrum it is dealt with systematically different than it is when the 7 year old is doing it. In accordance with that, discipline I choose for my kids, even for the same ‘crime’ is not always the same because it is clear to me that what works for one doesn’t work well for the other. The children play the unfair card and accuse me of liking one better than the other but I am not subject to that form of invoking guilt. Realistically though, it is just that even though I love them the same, I know them as completely different children and handle their behavior according to their personalities.’

Probably the first step in deciding whether or not grounding really works is by defining the term. When I was pre-teen, grounding was being sent to my room for a certain length of time (usually a week) and given no privileges to leave the house, talk on the phone etc’ Although it irritated me, I always had my subsequent school days to keep me up to date on my social calendar. If there was a birthday party or something going on than grounding frustrated me; but it was never enough to keep me from doing the next ‘horrible’ thing. The older I got I also recognized that there was a 50/50 shot of being caught so somehow the risk of spending a week or two in seclusion was worth making the party of the year. For me, grounding did not work. As I raise my own children I try to keep that in mind.

In my house now with kids that are not yet teenage, grounding means finding the thing that they consider currency and taking it away from them. Since they are still not in the mode of sleeping over at friend’s houses or attending parties I find that forcing them to stay in their room day in and day out only tends to furthers them from the family core. Plus, it is much more punishing to make them be with the family than it is to quarantine them from the rest of us. The other issue that bothers me when I think of ‘grounding’ my children is that they are seriously involved in team sporting activities. As I try to stress to them the importance of dedication, commitment to team and developing a winning attitude; not allowing them to attend practices or games I am actually interfering with the lives of their peers (team) and limiting their role in showing responsibility to their endeavors. Perhaps this would be a good form of punishment; but it is not my intention to humiliate through any discipline I choose.

That being said, I do find that taking away the Nintendo’s, the Wii, the pool in the summer, phones, favorite toys and other commodities that they feel are important is extremely effective. It is usually then that my children can understand the difference to what is a privilege and what is a right. The problem is that often the focus will then shift to what is being taken from them rather than on what they did to deserve the discipline. For years I have been taking things away from my children and putting them in plastic bins. Each time I do, they understand that with good behavior they can earn back their possessions and their privileges around the house. I feel that this puts greater attention on their choices to remedy their behavior and emphasizes the good that they do. The assignment of chores which I cheerfully dub ‘community service’ is also effective for my older children. They hate to clean anything and by assigning them KP duty or toilet bowl cleansing for a week it seems to drive the message of consequences to our actions home. As an added bonus it helps me get things done around the home. ?

I am a pretty laid back mother’possibly too laid back and discipline is really not my forte. So far I have not had to be very good at it. Even when my kids were toddlers I felt like time outs in front of the refrigerators were a bit ridiculous and chose to talk with my kids as much as possible. What I have found is that although all of my children have some serious personality and behavior disorders at home, they do manage to act well in public and rarely if ever get in trouble. Many people are probably thinking smugly at this moment, that the reason my kids don’t act well for me is because I don’t force them to; but I see it another way. Let me explain.

My children know when they have crossed my line and they are acutely aware of the boundaries and limitations that I expect. For the most part they adhere to them. But being a kid at any age is very difficult. With the expectations placed on children, there needs to be a safe place for them to lose their minds and test the limits of this world. I would much rather them do it with me, where clear and conscious dialogue can result from it than to act out at school, in Wal-Mart or at friends and relatives houses. I would much rather be the sounding board (within limits) than for them to feel as though they have no right to play out and thus get rid of pent up negative emotions and feelings.

So, the question comes back to ‘does grounding children Work?’ In my little mind discipline is intended to get or invoke a general response of remorse and the realization of not only what they did that was wrong, but why it was wrong. Much to my kids amazement after many calm discussions about their negative behavior (just when they think they are about to get off easy) I choose to implement a grounding of sorts anyways. Not to further impression them with how bad they are, but rather to show them that in life there are consequences to actions. I feel it is the role of a parent to be the one who teaches them that before they end up going to jail. The consequence or the grounding method has to be an entirely personal detail that suits the child in questions emotional currency. When it is done this way, grounding does work. When grounding is not preempted by discussion, clarification, support, understanding or love and is dealt with in the midst of anger or disappointment I feel strongly that the grounding itself becomes completely ineffective. Children will never remember anything but their parent’s anger. Discipline in its raw form is meant to improve a behavior and redirect a child towards positive behavior and influence not foster grudges or pervert the fragile psyche of our kids. In my mind, the grounding method we choose for our children should be as individual as the child herself. Had my parents caught on earlier that for me direct, open and warm dialogue which played on my guilt and eagerness to please would have been more effective than grounding – there are lots of things I may not have done or tried in my life It is these things that I am hopefully going to keep my girls away from.

Parenting the Middle Child – The Kid Stuck in the Middle