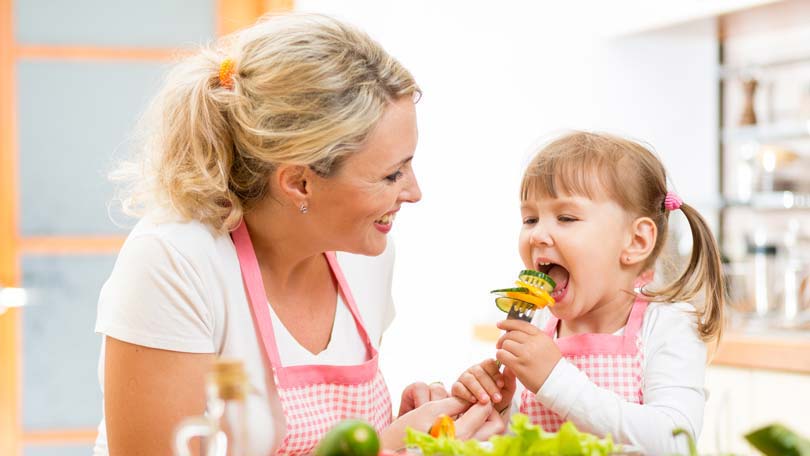 No matter where you look – online or otherwise, you will see the over-exaggerated claims of a haggard homemaker raising the average 2.1 children who claims she has the hardest job on earth. It’s as if today’s mom is so busy trying to prove that she doesn’t sit around all day like Peg Bundy, eating chocolate and shopping for shoes – that many mothers have banded together to make motherhood appear like the hardest job on Earth.

But is it? Is motherhood REALLY THAT difficult? Or, are many moms trying to make it out to be difficult simply to gain sympathy and perhaps respect from the rest of the world for doing one of the most basic, and natural things on the planet, which is raising children?

If you took a walk back a few decades into your own moms, or grandmothers or great-grandmothers version of motherhood, you would likely be surprised at just how easy you have it today. Let’s be real, mothers are the consumers of all consumers, and nearly everything that they buy comes pre-packaged and often pre-prepared at the grocery store. Feeding the kids is nothing more than boiling water and throwing in some Ramen noodles, slicing an apple and opening a quick pack of on-the-go pudding. Clean up, consists of throwing away paper plates and getting rid of the evidence of your addiction to pre-packaged goods. There is no more gardening for fresh fruits and vegetables unless it is a hobby, few people canning summer veggies for cold winter dinners and a lack of mealtime as a family for most of the modern world. According to some reports, the average family eats fast food at least three nights per week, making the home cooked meal a bit of a treat on special occasions.

Washing machines and dryers take nearly all the work (notice did not say time) out of laundry. Years ago, clothes were scrubbed by hand, in un-air-conditioned houses and hung to dry on a line outside. Today’s mom has a washer and dryer in her LAUNDRY room, front loading with risers to make it even easier, and has to do very little but press a few buttons to get clean clothes. And ironing, well that’s a lost art considering today’s washers do even that. So while you might be complaining that you have 4 loads of laundry to do a day, the reality is that the actual physical labor it takes to perform these loads of laundry takes less than an hour combined.

We have dishwashers, electric mixers, automatic stoves, and crock-pots. Vacuums that can robot themselves around a room, pot fillers in our kitchen sinks and bakeries to sell fresh breads and birthday cupcakes that taste like grandma used to make. In fact, nearly every job of the average mother is one that today is automated. And even caring for the children, using learning cell phone applications and laptops, video recorders in the car and dozens of television shows to keep them occupied has become a breeze. Plus, our days are filled with trips to the zoo, and the play park, and the water park, and any other place that can take our money and keep our kids interested long enough for mom to enjoy a day out. Gone are the days of taking hikes and playing in the backyard, making forts out of couch cushions and building block towers that touch the ceiling.

Certainly, mothers work hard. There is no other job on earth that comes standard with as much worry or whining. (Unless you are a politician) Kids are down right annoying creatures at times, and can send the sanest woman on the planet jumping off a cliff after several hours per day. And kids do take a lot of time out of the day. But today’s mom has Facebook and I phones and text messages to break it all up, ensuring that she is no longer isolated from society simply because she is raising kids. Today’s mom in so many ways, has it made compared to the moms of yesterday. Today’s mom has 2.1 kids as opposed to the standard 4 or 5. And she has playgroups and meet-ups and gyms with childcare, and babysitters. Today’s mom has even made it possible to work in the metaphorical ‘me time’ requirement as a requisite of childbirth. Your grandmother had no ‘me time.’

So what is all this whining about?

Perhaps what makes today’s job of motherhood so difficult for so many, is that being a mom is no longer enough. Mothers want to work, which is great. Mothers want a career, which is awesome. Mothers want to be more than just mothers, which is inspiring. On top of that, mothers want to secure their children imaginary spots in distant places where they think their child will find success, so they over schedule and plan too many things for their child. Then, working mom, stay at home mom – becomes on the go mom. And no matter how much technology makes things easier – you have to be home to get things down. So mom becomes overwhelmed, frustrated, resentful, and moody and suddenly thinks that she has the hardest job on Earth. On top of that, she is worried that she isn’t spending enough time with her kids just being mom, and is always in a rush leaving one place to get to another.

When it comes down to it, motherhood should be easy. Love your kids. Put them first. Sacrifice things for their childhood. Raise them right. And feel good about what you do, everyday – in the process without succumbing to false expectations of what you should be doing. Really, when you get back to the basics – motherhood isn’t that difficult. And even if it is a little hard – the payoff in the long run is quite amazing.

Putting Off Wants and Desires

Your Marriage Sucks! Who Should Ask for the Divorce?