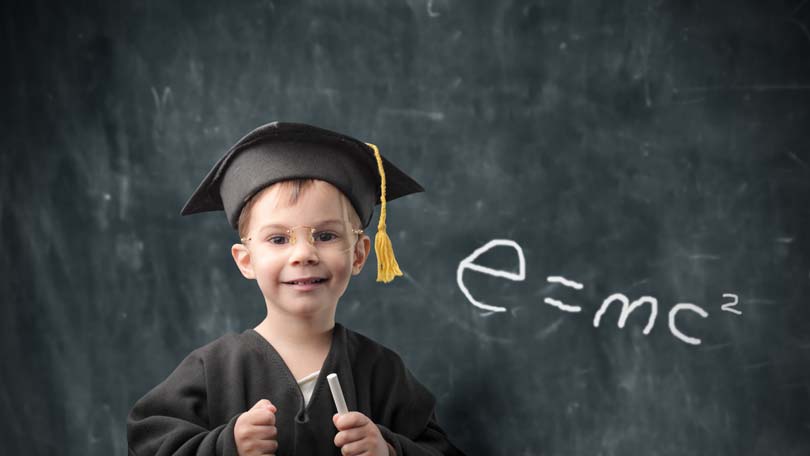 This is a question that pokes at the heart of our personal philosophies about the world of education: should students be relentlessly encouraged to avoid a hit to their self-esteem, or should they be expected to live up to certain standards just as they would in the real world? Should teachers fail students if the student really deserves it?

Once upon a time, the obvious answer was a clear “yes.” But things are a little less black and white now. Even so, does that mean it’s time to ditch the old way of doing things and spend more time on positive reinforcement for children? Let’s explore the two theories in depth and try to find an answer that would truly be best for the education system as a whole.

In asking the question “should teachers fail students,” it’s important to consider the ramifications of failing students.

Presumably, we’re talking about students in grade school and up – first grade right on up to the senior year of high school. In the current education system, teachers are indeed allowed to fail students and in some occasions, will actually hold students back if the feedback of the parents and the school administration agrees.

The argument is that during these formative years, children need to develop a sense of accomplishment if they’re going to have a healthy sense of self-esteem as adults. Going to school and putting in effort only to see that they’ve failed could potentially damage their psyche; after all, what’s the point of doing what everyone else is doing and being a productive member of society if you’re just going to fail?

The argument continues: building up a student’s confidence throughout the years will not only help them to feel like they’re intelligent, but it might end up being a sort of Pygmalion effect – or, in other words, a self-fulfilling prophecy. Students that expect themselves to excel and achieve will tend to do so simply because that’s what they’ve become hard-wired to do. Positive reinforcement has led to the right brain-wiring to recreate success again and again. Failure, after all, is just a form of feedback: kids need to learn how to succeed in school if they’re going to learn how to succeed in the real world.

Accountability and the Possibility of Failure: Most Realistic?

The counterargument is that a solely positive-reinforcement environment present in school is not present in the real world; students will therefore not develop the characteristics to be dynamic, high-functioning adults. Without the possibility of failure, there is no real feedback for improvement and also no incentive to succeed. Pain is a real part of life, and pain avoidance is an effective motivator.

People who promote this theory might also agree that this is how children of a very young age learn intuitively. Small children who put their hands on a hot stove will quickly “fail” their way into understanding that contact with a hot stove is to be avoided at all costs. Without this same kind of feedback built into the education system, how can children ever be expected to overcome obstacles and challenges?

Then there is the chief reason people wan teachers to be able to fail children: the idea that resistance builds strength. Just as a muscle is not developed by positive reinforcement but by the resistance and difficulty of lifting weights, a child’s full intellect cannot be developed fully without some degree of hardship and the possibility of failure. This is how it is in the real world, and children might as well start building those intellectual muscles before they enter said world.

But which theory is right?

Neither theory is proven – education is more complicated than that – but my opinion is that being able to fail students is the best way to go. Teachers need to be armed with the right tools to educate children well if they’re going to do their job, and without the possibility of failure, their hands are tied.

Similarly, giving the students nothing but happy-happy feedback all the time denies them the strength-building of failure.

Recently, the New York Times highlighted a particular school in the Bronx that believes that character is only built through resistance – or, in other words, through failure. In the article “What if the Secret to Success is Failure?” the schoolmaster Dominic Randolph was quoted as saying: “People who have an easy time of things, who get 800s on their SAT’s, I worry that those people get feedback that everything they’re doing is great. And I think as a result, we are actually setting them up for long-term failure. When that person suddenly has to face up to a difficult moment, then I think they’re screwed, to be honest. I don’t think they’ve grown the capacities to be able to handle that.”

He added: “The idea of building grit and building self-control is that you get that through failure…and in most highly academic environments in the United States, no one fails anything.”

If educators at a level as high as Randolph’s are noticing these trends, there must be some substance to the idea. And indeed teachers have been failing students for years, with no need for “positive reinforcement” to take hold over that period of time.

Of course, there is no system-wide solution for schools; they should be allowed to compete with each other and customize their curriculum to the requirements of both students and parents. They should have to face accountability themselves – including the possibility of failure – if they too are going to overcome the obstacles in education in order to create a better future for today’s young.

In asking whether or not teachers should be allowed to fail students – my conclusion is that they should – a larger issue is this: should teachers and principals also be allowed to fail? Accountability and competition are spurs to growth and improvement, not impediments. The sooner the education system discovers this fact, the better.

Is my Child in a Good Classroom

Industrial Hemp and Hemp Bedding is Growing in Popularity

Running Away to Get Married

Your Marriage Sucks! Who Should Ask for the Divorce?