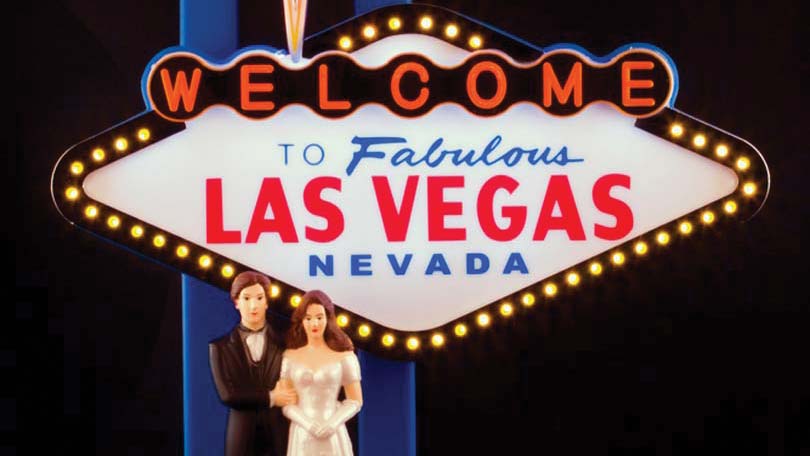 What is it about getting married in Las Vegas anyway? Isn’t it rather contradictory because the sacredness of a wedding goes against what we know about this place? It is a desert city, a monstrosity of one casino after another. It’s a city where the noise and smell of wealth can be pervasive, and yet people like to get married here amidst the rattling of coins and slot machines, and orchestras playing loudly accompanying the singer of the day or the circus of the week.

We suspect that weddings in Las Vegas are popular because people here can do it quickly with the least amount of fuss, and there are wedding packages available for every type of personality – outrageous or toned down, funky or kinky. It’s like wedding organizers in Las Vegas have learned the art of reading your mind. And they do it quite well.

To illustrate just how popular weddings in Vegas have become, we consulted the web site of the County Clerk’s Office in Clark. They keep records of all marriage licenses issued in the state. Look at these figures:

Looks like Santa kept the county clerk busy all throughout December. The office issued almost the same number of licenses in December as they did for the entire year!

Since the publicity campaigns for Las Vegas weddings talk about chapels all the time, you wonder if they too keep records of marriages that have taken place. By the way, the proliferation of chapels should not mislead you into thinking that there are no churches in the state. Las Vegas does have a diocese and a handful of churches. For some reason, however, the chapels are the ones that get the most attention.

There are about a dozen chapels that have “cute” and endearing names, and one that appears to be a favorite of Hollywood celebrities is the Little White Wedding Chapel located on the strip. Many people refer to it as the drive-thru tunnel of vows.

Maybe getting married in Las Vegas is, after all, like going to an A&W drive thru for a tall glass of root beer.

Want a Wedding in Vegas? – Get that License Pronto!

We’ll help you obtain that license by providing a few guidelines for you. The first factor is age, and this is made clear by the county clerk’s office. You have to be at least 18 years old. If you’re younger than 18 and still want to get married, you need your parent or legal guardian to file an application on your behalf.

The application fee for a license is US$55.00 and they request exact change please. No blood test or waiting period is required once the license is issued. The license is valid for one year; when that time lapses and you haven’t married yet, you’ll need to apply for another license.

Although you can apply for a license online, it does not mean your physical presence is not required. The online application is only intended to facilitate the application process – what this means is that you and your spouse (form must be filled in by both bride and groom) fill the online application, print it, and then take it with you to the county clerk’s office. The address is:

The office is sometimes deluged with applications and there are waiting lines (they are open till midnight 7 days a week!), so they recommend that marriage license applicants obtain their license as soon as possible, and not wait till the last minute.

Is it for You?

Again, the answer to that question will have to come from you alone. If you’re bent on tradition and think of your wedding as a very sacred event, then come to Las Vegas anyway to enjoy the shows and the casinos, but not to get married. Arrange your wedding in your own hometown or that of your spouse.

Are you open to trying something unconventional and non-traditional? Then a wedding in Vegas might be your cup of tea. The novelty of it could keep the conversation alive for many, many years.

One advantage of a wedding in Vegas is its affordability. Susan Breslow Sardone said that your typical traditional US wedding would cost about US$22,000.00, but in Las Vegas you could get married for a few hundred dollars, unless of course you want to book an entire casino, a full-fledged band, and a famous singer.

Another twin advantage is time and convenience. It is usually not necessary to book a chapel ahead of time, although reservations are strongly encouraged, especially if you want to get married on a special American holiday. And since Las Vegas is known to be a honeymoon destination, another plus is that you don’t have to travel far for your honeymoon because Las Vegas has plenty to offer in terms of sightseeing and entertainment.

No matter how attractive it all sounds, a wedding in Vegas does have its downside. First, you can’t really personalise it to the minute detail, as you would for a traditional wedding that’s planned 12 months in advance. You won’t be able to pick colors, argue with your photographer, order a special appetizer from Tunisia, or fly in some tulips from Holland. You’ll have to give your nod of approval to the standard Vegas wedding package which may have elements that are not to your liking.

There’s also the lack of intimacy and privacy – what Susan Sardone calls the conveyor belt mentality. Some hotel-casinos in Las Vegas have more than one chapel, and the arrangements cater to the assembly line approach where every little activity is synchronized, before your wedding party gets whisked away to accommodate the next one.

Despite these disadvantages, though, Las Vegas is a town that’s alive and kicking. It may not have the traditional touch, but you can rent everything for your wedding – from tuxedos and gowns to shoes!

You must admit: there’s got to be a small price to pay for all the fun, convenience and dazzling shows that await you – including having someone officiate at your ceremony who’s an Elvis look-alike. That’s certainly something to tell your grandchildren about, no? 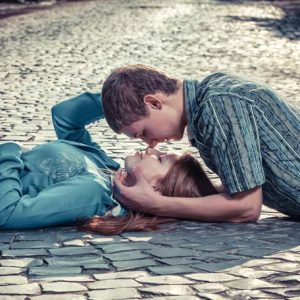 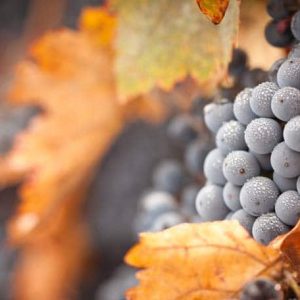 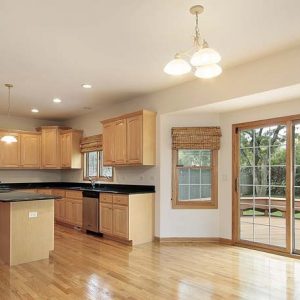 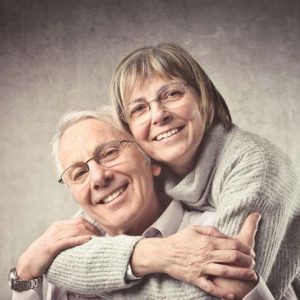 Eight Great Things About Life as an Empty Nester