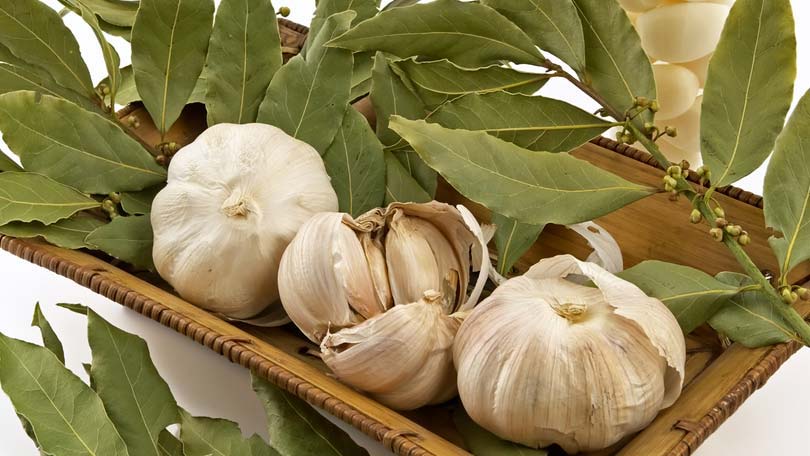 The leaves of the laurel (Laurus nobilis) tree are closely associated with European and North American cuisine. Native to Asia and cultivated in the Mediterranean and regions with similar climates, the Laurus nobilis is an evergreen member of the Lauraceae family and is related to cinnamon and sassafras.

Bay leaves are smooth, bright green, and durable, and generally run 1-3 inches in size. Most often olive green in color when dried, the leaves are oval-shaped and come to a (sometimes sharp) point at the end. Intensely aromatic with notes of wood, eucalyptus and clove, bay leaf lends itself well to savory dishes; when chewed alone the flavor is very bitter.

Laurel, also called “true laurel” or Mediterranean bay, is the most commonly used in cooking, though Californian and Indian bay do make appearances. California bay actually comes from the umbelluclaria californica, a tree native to – obviously – California. The leaves are used similarly to laurel but have a stronger fragrance and flavor with more dominant eucalyptus notes. Indian bay, or Malabar leaf, comes from the cinnamomum tamala and is used frequently in Indian cuisine, though the flavor is more similar to cassia than true laurel.

Bay leaves have noble historic roots, making frequent appearances in Greek mythology as medicinal or magical herbs. In one famous story the beautiful mythological nymph Daphne was said to have been transformed into a laurel in order to preserve her virtue and virginity, which made the tree a longstanding symbol of all things pure and sacred. This association with divine virtuosity made laurel a ceremonial emblem of honor amongst the Greeks and Romans, and its leaves were woven into wreaths and given to athletes, warriors, and poets as a mark of distinction, a practice which is still used today in modern Olympic Games ceremonies. Laurel is also the namesake of the scholarly baccalaureate bestowed on college students at the completion of their bachelors degrees (baccalaureate means ‘laurel berry’), and is the Latin root of the title Poet Laureate.

Though used now with less pomp and circumstance the leaves still play an important role in modern cookery as a foundation herb in many marinades, soups, stews, and sauces. Mediterranean, European, and North American cuisines are most closely associated with the use of “true laurel”, while India frequently uses Indian bay leaf. The herb appears most frequently in the traditional bouquet garni, a bundle of assorted herbs tied together with string and used to flavor liquid bases (soup broth, stock, braising liquid, etc.), and in the making of bouillon and various pickles.

Bay leaf also had additional medicinal properties, and has been used for centuries to treat everything from migraines to fungal infections. More recent research has ruled out many of its more superfluous medicinal claims (like the belief that the leaf can induce abortions) while supporting its usefulness as an anti-inflammatory and/or as a treatment for headaches. The presence of eugenol, a chemical found in bay leaf essential oil, proves that the leaves do indeed have antiseptic and anesthetic properties, and additional research may show that bay leaf is useful in the regulation of insulin and blood sugar.

Fresh leaves are more potent than dried – look for them in high end grocery stores and farmer’s markets. Fresh leaves can be air-dried by laying the leaves on a dry towel away from direct sunlight for several days; the leaves will be olive green in color when ready and should be stored in an airtight jar or container out of direct sunlight. Discard any brown leaves as these have lost their flavor.

Dried leaves, which are available in the spice aisle of most supermarkets, should also be stored out of direct sunlight in an airtight container. Leaves are most generally used whole, but can be finely ground and added to sauces for more potency.

Dried leaves should keep for around two years before losing their potency.

Bay leaves are most useful in liquid bases like:

The leaves can also be layered whole with meat before grilling to flavor kebabs or added to spice rubs for meat before cooking.

*Note: Be sure to strain bay leaves out before serving as they are tough to chew and easy to choke on if inadvertently swallowed.

Bundle herbs together and tie tightly with kitchen twine. If herbs do not bundle easily, place in cheesecloth and tie with twine to create a small satchel. Place bouquet garni in soups, stews, stocks, and sauces while cooking. Strain out bouquet before serving.

Bundle together or tie into cheesecloth with kitchen twine.

Left-over sauce can be frozen for later use.
Makes around 3 cups. 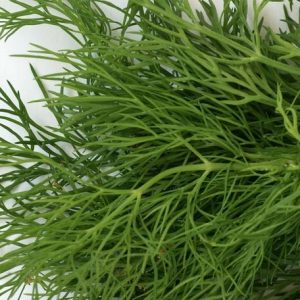 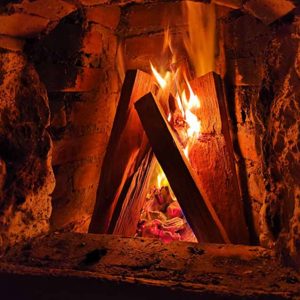 Signs You Should Replace Your Furnace 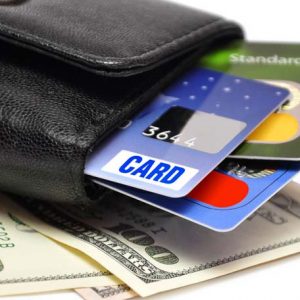 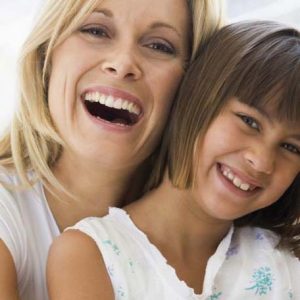 Balancing Work and Family – Money versus Time Spent with Family