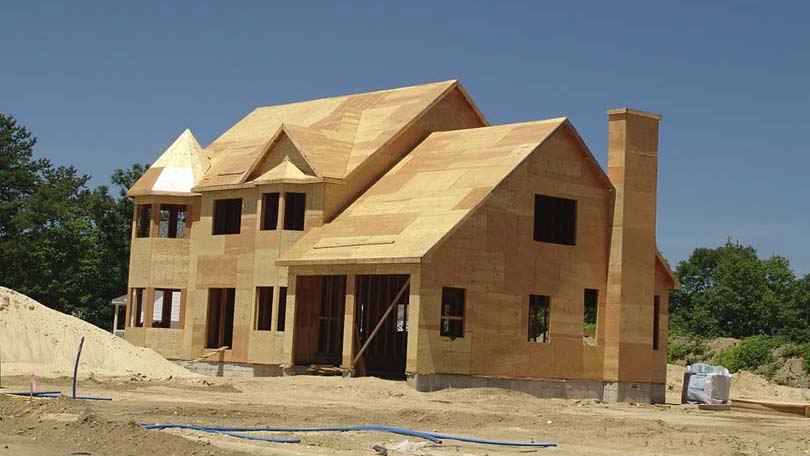 First conceived as an environmental solution for stormwater management little more than a decade ago, a blue roof is part of a technologically advanced, low-cost system designed to protect our waterways from the harmful pollutants that are commonly found in urban runoff.

They also play a pivotal role in relation to sewer systems, particularly combined sewers, that are often flooded during heavy rainstorms or after severe snow storms.

While certainly not the norm – yet – blue roofs offer amazing potential in terms of sustainability and the urban environment.

While cities in various parts of the world are pumping money into blue roof projects, they are not commonly specified for residential homes. So would the idea appeal to homeowners?

To be able to answer that question, let’s first examine blue roofs in a little more detail.

The Concept of a Blue Roof

While many people understand the concept of a green roof and appreciate its value in terms of the energy efficiency of buildings as well as the positive impact they can have on the urban environment, the concept of a blue roof house is not as well known.

The primary difference between the two concepts is that green roofs retain water, while blue roofs detain water. So, instead of designing a roof that incorporates gutters and downspouts, stormwater is either left to pond on the surface of the roof or it is stored in a cistern of some sort and then released slowly with flow control devices so that it drains away gradually. Often some of the water is harvested and used in the building, for example, to supply non-potable water to toilets.

A blue roof system is essentially used for the management of rooftop stormwater to reduce the volumes of runoff that all-too-often lead to flooded streets and driveways and less-than-healthy sewer back-ups in basements. Because of what it is, it is only suitable for flat or almost flat roofs to avoid excessive ponding. Generally, a roof with a slope greater than two percent requires partitions to prevent excessive ponding.

A blue roof system also requires sufficient bearing capacity to carry the additional weight of water volumes. These systems must also be designed and engineered for stability in accordance with local standards. Of course, reliable, compliant waterproofing systems must be included in all designs.

In the U.S., while Chicago has been a leader in promoting green roofs, the New York City (NYC) Department of Environmental Protection (DEP) continues to play a pivotal role in blue roof technology. In Canada, Toronto has been a major player in relation to both.

The first North American city to introduce a municipal code to make green roofs mandatory (from 2010) on new high-rise residential, institutional, commercial, and industrial buildings with a minimum gross floor area of 2,000 square meters, Toronto was also the location of one of the earliest blue roofs! In fact, the blue roof shower on the roof at 330 Dundas Street West won first prize in the 2004 Coram Design Award. For this innovative system, rainwater was collected from the flat roof and stored in tanks for wind- and sun-powered filtration and treatment. After being used for the blue roof shower, it was re-used to irrigate the rooftop garden.

In 2016, Ontario’s Ministry of the Environment and Climate Change (MOECC) published a review of targets for volume control of stormwater. Of course, the immediate challenge was what would happen to the water that had been retained. Proposed alternatives included property owners:

Both options would substantially reduce the risk of flooding.

There are at least 509 vegetated roofs in the City of Chicago, resulting in 5,564,412 square feet of coverage designed by Chicago engineers. NYC was a much slower starter, attempting to lure building owners to install green roofs voluntarily by offering tax credits. But in April 2019, NYC followed in the footsteps of Toronto and several other U.S. cities including San Francisco and Denver, making the installation of green roofs on specific City buildings mandatory.

Nevertheless, way back in 2010, NYC included blue roofs in its pressing campaign for a more sustainable, cleaner city. It is, though, still a voluntary system.

The Value of a Blue Roof System

Blue roof technology is particularly important in areas where combined sewers are the norm, like New York, older parts of Chicago, Toronto, and many other large cities.

In normal circumstances, combined sewer systems can operate just fine. It’s when there is really heavy rain that everything comes apart – quite literally.

Simplistically, when engineers design combined sewer systems, they design the pipes to take the stormwater and sewage to nearby treatment works, from where the waste is discharged into a specific body of water – sometimes the sea and sometimes lakes or rivers. Very heavy rain can easily overwhelm a combined system, resulting in a mixture of sewage and water discharging into the designated body of water.

In severe storms in Chicago, sewage ends up in the Chicago River and even in Lake Michigan. In Toronto, it can end up in Lake Ontario. And it’s not just the sewage! By the time rain has flowed along pavements and through gutters, it’s also polluted by oil and other contaminants.

Of course, where cities are pursuing blue roof and other solutions rivers and lakes are cleaner than they were before. But the risks are still major. For instance, research by the City of Chicago indicates that just 0.3 inches of rain can lead to sewage flowing via as many as 300 outfalls directly into the Little Calumet and Chicago Rivers.

While Chicago’s Metropolitan Water Reclamation District (MWRD) has built a Tunnel and Reservoir System Plan (TARP) that has the capacity to hold stormwater in reservoirs until it can be treated, blue roof detention systems are considerably cheaper and they are easy to install. This in itself should make it an attractive investment for the owners of residential buildings and homeowners.

In New York, where there are 14 wastewater treatment plants, when there is really heavy rain, sometimes just half an inch per hour, the flow is so great that it is permitted to overflow in the Hudson and East Rivers.

In Ontario alone, there are at least 12 cities, including Toronto, that have been negatively ranked by the Ecojustice environmental lobby group for their practices of dealing with stormwater and wastewater runoff. They all have combined sewage systems. The Peel Region, ranked number one, is supporting an investigation (initiated early 2018) into the possibility of retrofitting the Credit Valley Conservation building in Mississauga with a “smart blue roof” so they can investigate the feasibility of these systems for stormwater management.

The reality is that rooftop detention, in the form of blue roofs, is a very simple, inexpensive, and reliable strategy that is commonly overlooked as a “low impact development” technique.

However, while not yet commonplace, there are mechanical engineering services in Chicago, New York, Toronto, and a myriad of other cities that are capable of designing the very best, simply effective, blue roof systems.

Of course, the costs will likely be higher than a standard roof structure for homeowners, but there are sure to be people who will value the benefits and be prepared to pay. It is probably a concept that is more likely to attract those who want to harvest rainwater as part of a blue roof system.

Certainly, owners of larger residential buildings are going to be looking at both green and blue roof options more and more. And maybe owners of smaller suburban homes will mimic the blue roof shower!

Michael Tobias is the founder and principal of New York Engineers, Inc 5000 Fastest Growing Company in America. He leads a team of 30+ mechanical, electrical, plumbing, and fire protection engineers from the company headquarters in New York City, and has led over 1,000 projects in New York, New Jersey, Chicago, Pennsylvania, Connecticut, Florida, Maryland, and California, as well as Singapore and Malaysia. 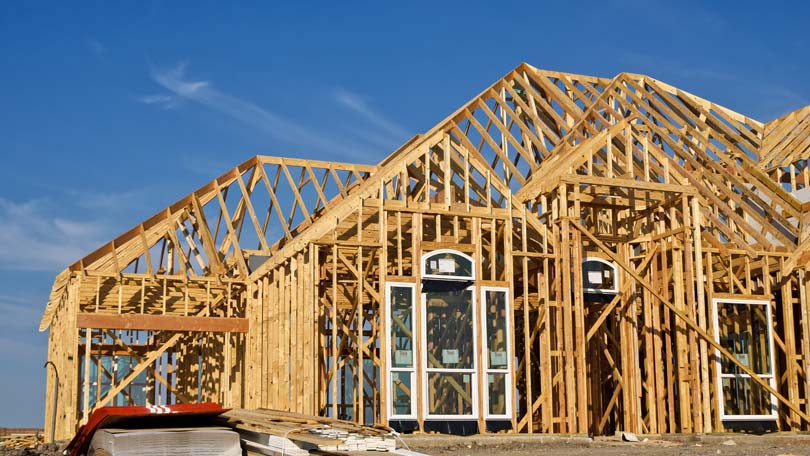 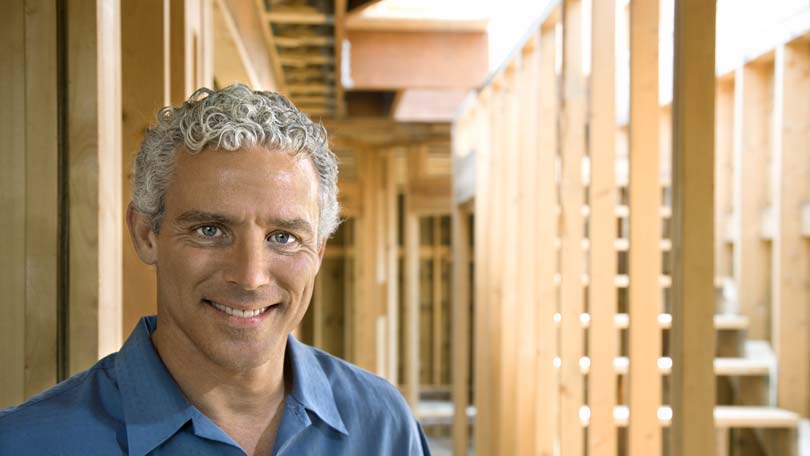 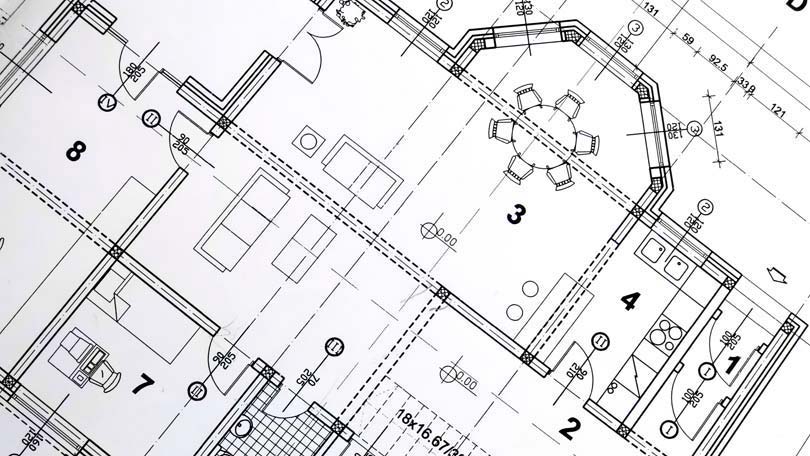 Common Mistakes When Building a House 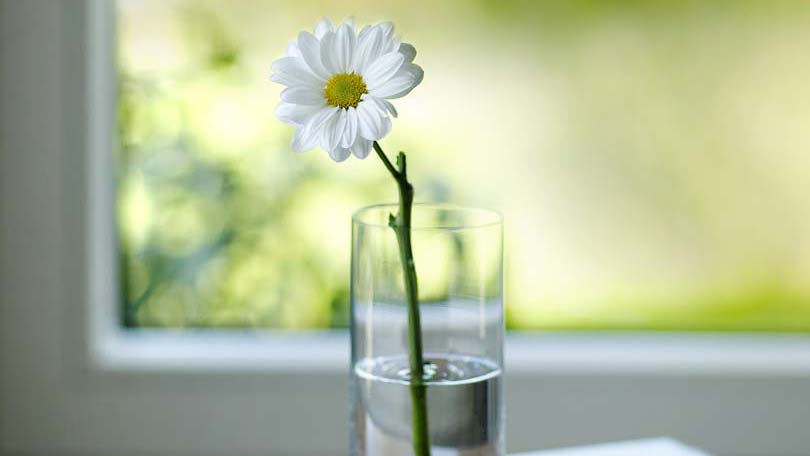