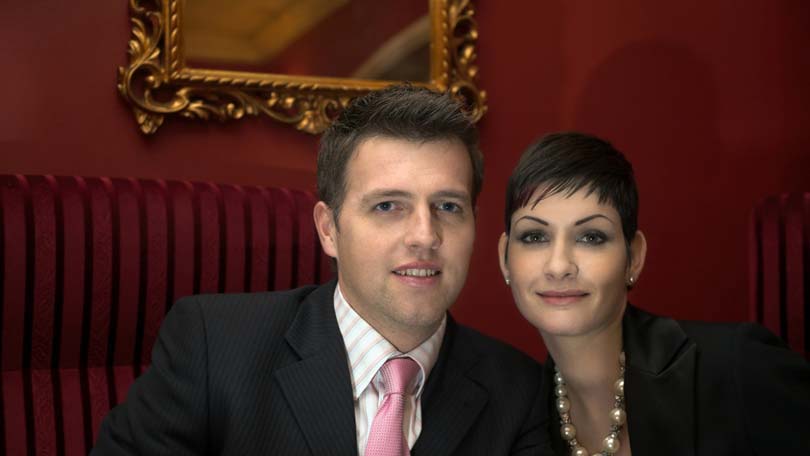 As we thought about boredom in marriage, we remembered a book written by William Doherty in 2003, Take Back Your Marriage: Sticking Together in a World That Pulls Us Apart. It tackles the issue of boredom. He wrote on page 23 that … stakes are high. We must name these forces that undermine marriage, from the small forces such as boredom to the big ones such as the throwaway consumer culture…”

We won’t comment on the throwaway consumer culture we all agree that excessive materialism distracts people and can erode basic family values. Doherty mentions boredom as one of those ‘small forces’ that can affect a marriage. To us, however, it is NOT a small force.

Boredom in marriage is like a hairline crack on the wall until time and inaction transform it into an irreparable major fault zone. Once the crack is too big, both husband and wife have already gone deeper into the abyss, unable to extricate themselves from a helpless situation.

What causes boredom in marriage? Is it just the lack of exciting sex or does aging have something to do with it? For some couples, it could just be sex a common complaint no doubt. For other couples, it may be the lack of intellectual stimulation or what others call intellectual incompatibility. We have heard some people say that by the time they reach retirement age, they have already shared and lived beautiful moments. It is up to them to continue those beautiful moments beyond retirement. Easier said than done!

Unfortunately, however, not all couples can sustain beauty and excitement in their marriage. When they retire, they fall into a boring pattern of eating, reading the paper, watching television, doing the groceries, visiting with the kids and grandchildren every once in awhile, and repeating that routine until they begin to question if there’s anything else to living. This routine even becomes more tiresome when couples are financially strapped. Insufficient resources can sometimes be a factor of boredom in marriage.

Boredom in Marriage Due to Financial Problems

We used to know colleagues who were nearing retirement but could not plan for it. They said that they had to postpone retirement because ‘we’re still helping our middle aged children financially. They are always short of cash and my husband and I have no choice but to help in whatever way we can. Because a portion of our savings has to be shared, my husband and I can’t afford to travel so we can’t really enjoy our lifetime savings. That has put a strain on our marriage.’

The era of downsizing and the dire consequences of easy credit have put adult children into a cash crunch, forcing them to turn to their parents for financial assistance. When a retiring couple postpones retirement because of financial issues, boredom can set in. You figure that after having slaved at a job for 40-45 years, you’re entitled to reap the fruits of your labor. When your children are financially struggling, self-imposed deprivation can hurt, leading to resentment or boredom. How do you add spice to the broth when there isn’t enough money to buy the spice?

This lack of choices and lack of freedom generate boredom. This also applies to married couples who are still many years away from retirement. Children’s expenses such as tuition, camp, baby-sitters, extra-curricular activities and school trips eat into the family budget, preventing mother and father from enjoying the finer things in life. If husband and wife mutually decide to postpone a trip to Europe, that means fewer opportunities for them to share meaningful experiences.

Due to Personality Differences

It is common to hear husbands and wives complain about the lack of intellectual stimulation. ‘we’ve grown apart’, one spouse says, ‘he’s into baseball and golf and can’t stop talking about them. I don’t share any of his interests. I think golf is utterly boring.’

Or else you hear a husband say, ‘I can’t figure out why my wife won’t experiment with me in bed. I tell her about how sex can add that much needed spark in our marriage but she refuses to try my suggestions. I’m bored with the same routine and maybe it’s time for me to find a more willing and open-minded partner.’

Sex is a beautiful thing, and couples must make it a priority to make sex a dominant part of their married life. it’s certainly healthy and can make husband and wife feel closer to one another. There is absolutely nothing wrong with sharing one’s sexual fantasies if they help rekindle the old flame, why not act out those fantasies? Fantasies are a therapy for boredom, especially when these fantasies are shared by two intimate people.

While husband and wife should try to develop mutual interests, they can also leave each other some breathing room to pursue their respective interests and hobbies this way they avoid ‘choking’ each other by constant togetherness. Couples need time apart so they can reflect on what makes them happy and on how they can preserve that marriage bliss.

Due to External Factors

The lack of community support and social isolation also lead to boredom, especially when husband and wife do not have large families or when they leave their old neighborhood and relocate to a new city. It takes time to cultivate friendships, but boredom in marriage can be avoided if couples make it a point to get involved in their community. The recreational and leisure departments of most city governments have programs for couples, children and seniors. Reaching out to others helps ward off boredom in marriage.

We remember the good times when our father was still alive. Even if he was a busy executive, he made sure that he always gave back to the community. He helped build a church while our mother played the organ in that church so that the choir can perform every Sunday. At the dinner table, our parents would speak glowingly of their community how it flourished because of the support it received from committed couples.