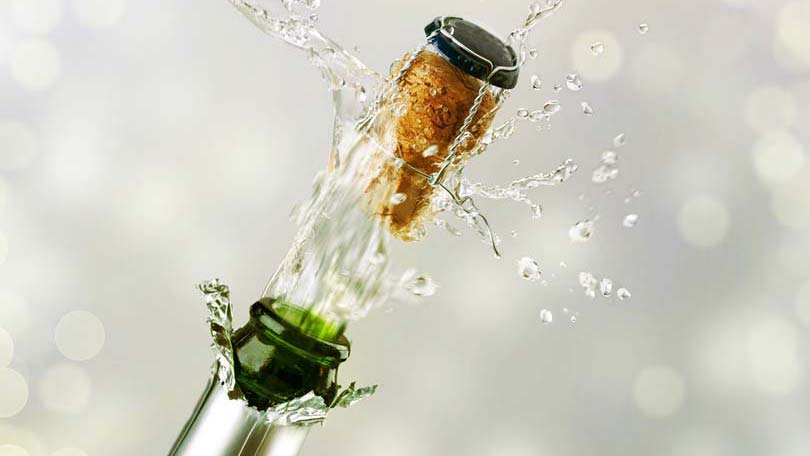 What’s that you say? You broke your New Years Resolutions, already?

Don’t worry. You aren’t alone. According to some pretty staggering statistics formulated by Proactive, around half of all North Americans make New Years Resolutions. Among the most popular, are to lose weight, to stop smoking, to save more money and reduce debt. But after the first week of January, only 75% of resolution makers are sticking with their decisions for change. After the second week, 71% are hanging tough and by the end of the month more than half have already fell off the New Years bandwagon. After a few months, say by March – a sheer 21% of the population who made a resolution are staying true to their intentions.

One of the problems with making New Years Resolutions, is that many people don’t give themselves enough time to adjust to the change. Life specialists agree that if you want to make a drastic lifestyle change such as quitting habits, or changing eating habits – you should start preparing the mind a good 3 months ahead of time. In other words, around Halloween, you should set your mind to a New Years Resolution so you give yourself time to truly accept the new patterns that will become part of your life. Most people, make their New Years Resolution after several bottles of wine on New Years Eve, which automatically sets them up to fail.

By the end of the year, only around 8% of the people who set out to make positive change in their life on New Years have actually achieved their goal.

Interestingly, the people who set New Years Resolutions are considered the unhappiest people living today. Obviously, these folks set their sights on New Years hoping that the turning of the calendar will be exactly enough force to give them the momentum to truly change. But again, their efforts fall short because they haven’t done the appropriate legwork ahead of time. And often, New Years resolutions set by folks who are generally unhappy with their lives actually leads to more unhappiness when they fall short of their goals.

The good news about all this failure, is the fact that people who set resolutions during New Years or during any other time of the year are consciously recognizing the areas in their life where they are unhappy. This is perhaps the most important first step in altering your life by any means. Realizing unhappiness and taking responsibility for it – as well as knowing what it will take to turn unhappiness around to satisfaction, are extremely important first steps to change.

Be Specific About Your Goals

Some experts and life coaches actually encourage people to set theme based resolutions rather than absolute concrete goals. For instance, instead of saying you want to lose 45 pounds – try to break down the steps and make the resolution to eat 3 servings of vegetables each and every day. Instead of making a New Years Resolution to run a marathon or save $5,000 – concoct a resolution that has you running 2 miles per week and saving $20 every payday.

By breaking your resolutions down into micro goals, which are easily attainable – you will experience more success. And the ultimate goal, whatever that is – will fall slowly into your lap through a carnival of successes, rather than big whopping fail. Plus, when you make small changes and are able to follow through with them, the feelings of success become contagious and empower you to continue on the path of success.

It is also important to note that you don’t need New years in order to make a resolution to change. In fact, with each new day, you have the ultimate decision to make changes in your life, large or small – that can have a huge impact on how satisfied you feel with your life. New Years has simply become a ritual of change and rebirth, whereas the truth is the sun sets and re-rises each and every day. Many people who fail at their initial New years Resolutions feel so defeated and actually will wait for another 12 months to make decisions for change again. Essentially, this is just an excuse for failing to make changes in your life. There has been some research by the American Psychology Association that insinuates making New Years Resolutions on New Years actually comes with such perceived pressure that most people become incapable of following through. (And apparently, research backs that claim)

If you want to make changes in your life and fell short on New Years – don’t fret. Go back and evaluate your goals and see if they can be broken down into little baby steps that will be easier to achieve. Obviously, you made the resolution because you had the insight to recognize that something in your life could be improved through change. Then, give yourself a starting date – that is a few weeks away. In the meantime, start imagining your ‘changes’ and allowing them to fit into your every day thought processes. Then, when the big day comes, your mind will be ready to take your baby steps toward the ultimate goal. It is also useful to journal your thoughts about your resolutions and come up with a bullet list of reasons that explain why the change is necessary and important in your life. Then, you can display this list in an obvious location to help condition you toward having the stamina to continue on your path.

Next up, see every day that you make a small change toward a large goal a success. And try to forget about New Years altogether. As the driver of your ‘life car’ you have ultimate control of every move you make. Sure, there are bounds to be bumps in the road – but if you proceed slowly and with caution, you will hardly feel them.

Today is just a good a day as New Years was to start over! Good Luck!