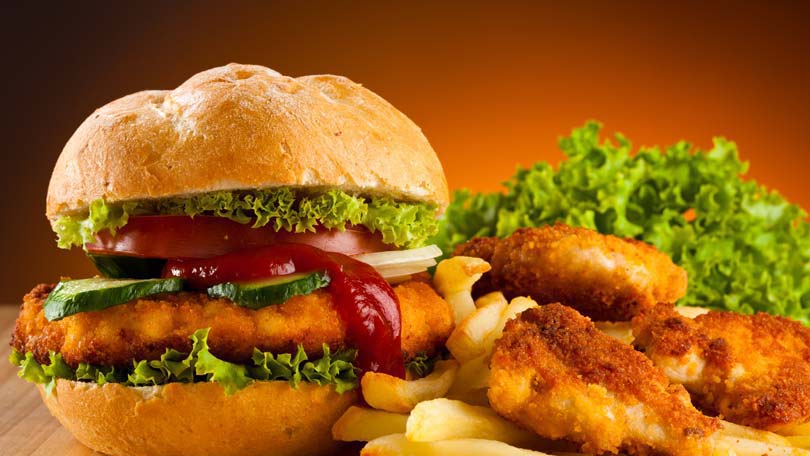 There is no getting around it. Life in today’s world (at least in the U. S.) is much faster paced than it was just 20 years ago. It seems there is very little time to spend with friends and family anymore. A lot of people compensate by foregoing cooking and eating out instead, so they can spend that much more ‘quality’ time with their loved ones. But, as in most things, everything comes with a price. If you are trying to watch your weight do something besides increase, you need to beware of hidden calories lurking in restaurant foods.

To be perfectly fair to the restaurants, I will state for the record that there is no great conspiracy to make you fat and unhealthy. The truth is just the opposite. The majority of restaurants would never serve you anything knowingly harmful to you. It’s just a simple matter of business and commerce. People like to eat things that taste good. Most things that taste really good contain high amounts of fat, sugars and salts. They are also loaded with calories. Restaurants are just providing what makes them money and keeps them open. Think about it for a minute. Would you really take your family out to a restaurant that only served rice cakes and raw vegetables? Of course not.

With that said, you can easily make informed choices on what to eat in restaurants. Most restaurants, even fast food ones, are happy to offer lower calorie substitutes, but you have to let them know what you want. They can’t read minds. The things you need to avoid are fats, sugars, and very high calorie items such as cheesecake, things with sugary sauces and whipped cream, like banana splits (and no, they are not the same thing as “eating fruit”. I tried that one on my wife before, with unpleasant results), and deep-fried foods. I’m not saying you can’t ever have them, but just cut down.

Cheese and cream sauces are packed with calories. Along with creamy garlic, and chili sauces, they can add as much as 190 calories to your entree. You can always ask for ‘light’ sauce, meaning that the cook will only use half the normal amount. You will still get the same flavor with a lot less calories. Most cooks put way too much sauce on the dishes anyway, because they know from experience that a lot of customers will complain if the entree is not at periscope depth. Most sauces only need a few tablespoons to do their job.

If you eat breakfast out frequently, more and more restaurants are offering healthier choices, such as substituting sugar-free syrup for pancakes, and lower calorie items. A typical light breakfast at your local IHOP is 2 fried eggs, 2 strips of bacon, and 1 piece of white bread toast with butter. This will tip the scales at around 690 calories, if you don’t put sugar or cream in your coffee. Not bad, but if you ask, IHOP is happy to swap out with egg substitute, 2 strips of turkey bacon, and a piece of whole wheat toast with low calorie margarine, and even throw in a piece of fruit. This comes in at a mere 390 calories, about half of the standard breakfast’s calories. In addition, it is lower in fat, cholesterol and has more nutritional value overall. The majority of restaurants, even fast-food ones are happy to substitute items for you. After all, if you stay healthy, and live longer, you can come in to eat more often. It’s to their advantage as well.

Another area to find calories lurking in restaurant food is how it is prepared. Most people know about deep-fried foods, but did you know that marinades, rubs and basting liquids can also add lots of calories to your food? An oil-based garlic marinade can add 100 calories per serving to an entree. If it is a chicken breast, it’s not really much of a problem, because chicken breast, as well as turkey, are very low in fats, and calories, but what if you ordered roast pork? As an example, when I make a rack of lamb ( 8 oz. per serving, which is a pretty good-sized chunk of meat) basted very lightly with a little olive oil and garlic, served with steamed mixed veggies and rice pilaf, it has 850 calories per serving. Not too bad. But Outback Steakhouse’s New Zealand Rack of Lamb, with sides, finishes with a whopping 1820 calories! The difference is that I do not marinate my lamb. I brine it instead, which adds much less caloric value and works better than a marinade anyway. I also baste with olive oil, instead of a higher fat oil like butter, vegetable oil, or margarine. I do not soak my side dishes in butter or margarine. The difference between the two preparation methods is almost 1000 calories, yet my finished product will equal, or surpass theirs in taste and appearance. Don’t be afraid to ask how things are prepared in a restaurant, and request that they be grilled, baked or broiled rather than fried, or cooked in oils. As long as you are not asking for the complete recipe, most cooks are happy to explain how they prepare their creations.

You may think you are eating healthier by eating a salad, but this is another area of hidden calories. Many salad dressings, especially creamy ones, are loaded with fats and extra calories. Tuna and chicken salads are swimming in mayonnaise, which is high in fats and calories. Grated cheese, bacon bits, croutons and all the other little goodies that go on our salads have a caloric price tag on them. A full blown chefs salad with all the trimmings can easily bust 1000 calories by itself. By comparison, a Bacon Cheeseburger at Five Guys (my favorite) is only 960 calories. Granted, it is higher in fat by a few grams, but you save 40 calories over all, and it tastes better! Personally, I’d rather have the burger, and deal with the few extra grams of fat at the YMCA, but you’re free to make your own choices.

Soups are another area that many people think is healthier, and they are partially right. It depends on the soup. Luxurious cream-based soups can almost make you glow in the dark, nutritionally speaking. A really good-sized bowl (around 2 cups) of a well-made New England Clam Chowder (made with heavy cream, of course) will set your diet back around 1800 calories. One cup is not too bad (900 calories) , but people that eat one cup are usually using it for an appetizer, with more goodies to come. You can cut calories by ordering soups made with clear stocks, such as vegetable beef, and chicken noodle, or better yet, chicken and rice. But be sure to ask if they use a lot of butter or margarine in the soup, because that will negate any caloric benefits you might otherwise gain from it.

Other than sugar-free desserts, there is no really good way to knock out calories on desserts, except by maybe sticking to Jello. You can lessen the damage by avoiding thick sugary sauces like hot fudge and butterscotch, and skipping whipped cream, or substitute Kool Whip if they have it. You can also substitute sherbert for ice-cream and help a little. The best way is to have just a cup of coffee for desert.

Now we come to the biggest and most insidious perpetrator of hidden calories in restaurant foods, the before dinner, during dinner, and after dinner cocktails and wines.

A lot of people don’t realize how many calories they are adding by consuming alcoholic beverages, and after having a few, they wouldn’t care anyway. Here are a few examples:

It’s easy to see how you could pack on the equivalent of an extra meal (or two) with a few ‘social’ drinks. Red wine, or light beers are probably the lesser of all the alcoholic evils. Avoid drinks with cream, milk, or liqueurs in them.

By making informed choices when you eat out, you won’t have to be afraid of the calories lurking in restaurant foods. 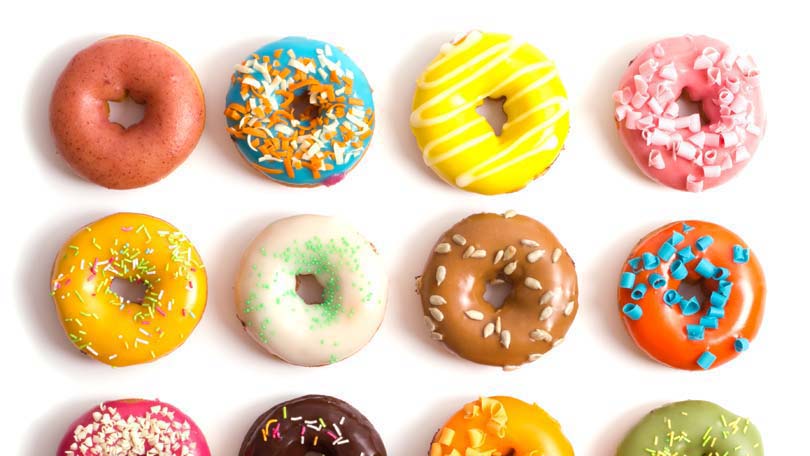 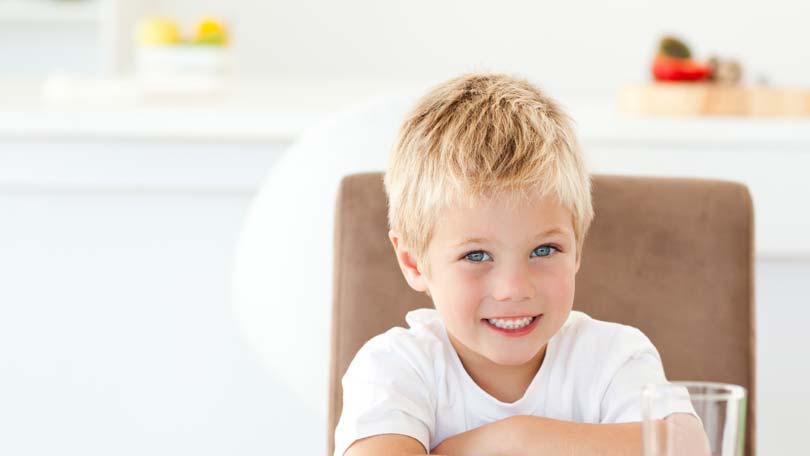 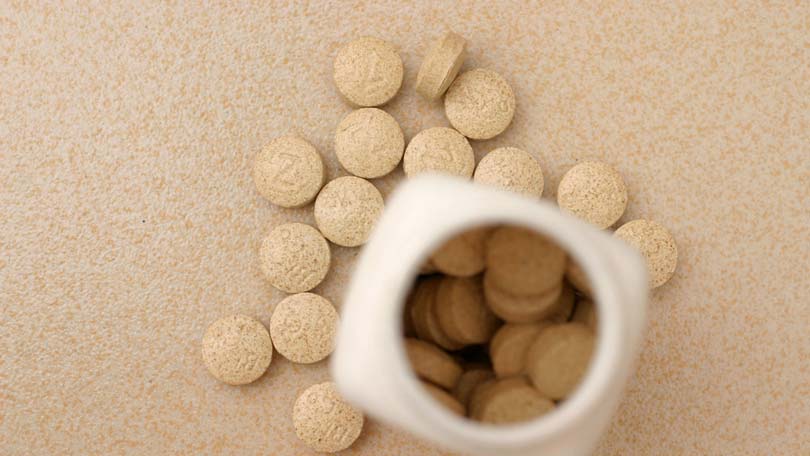