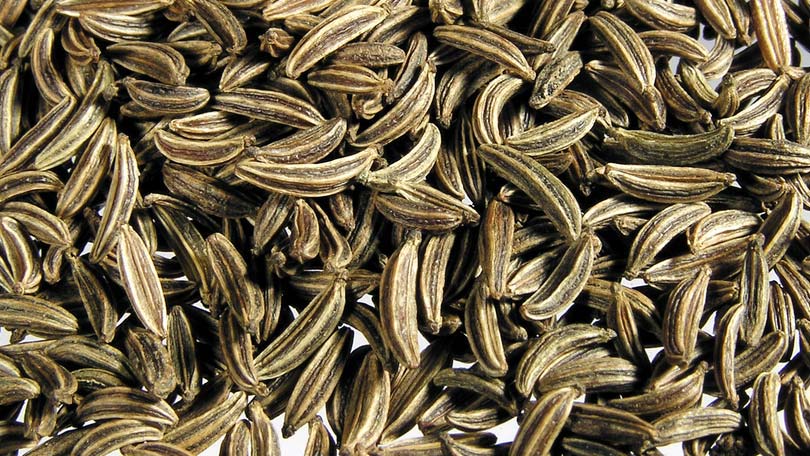 Caraway (Carum carvi), a member of the carrot family, is one of the oldest cultivated spices in recorded history. A small almost frilly plant, caraway has been utilized by the Ancient Egyptians, the Greeks and Romans, Medieval cooks and apothecaries, Arabian royalty, and in the kitchens of northern Europe. It now has a place in many mainstream cuisines, appearing in the food of the Mediterranean, the Middle East, India, Africa, and Scandinavia.

Caraway is one of those plants which qualify as both a spice and an herb – its seeds fall into the spice realm, but the leaves, root, and stems are all edible and can be used by home cooks quite easily. The small herb is green in color with clusters of tiny green, white or yellow flowers, and has delicately lacy leaves which are somewhat characteristic of the carrot family. Its seeds, the most commonly used part of the plant, are brownish with distinctive ribs similar to those of fennel. The plant also shares physical characteristics with cumin.

Caraway has both annual and biennial forms; the annual plant is native to Europe and is less common than its biennial counterpart, which is found in the Mediterranean and Middle East. Biennial caraway, which takes two years to produce its “fruit” (yes, its seeds are actually tiny, dry fruits) and dies soon thereafter, has dense roots that can be prepared like carrots or parsnips.

The herb has a sweet aroma similar to fennel and is often compared with the warm scent of aniseed.

Caraway, with its rich history, has found its way into many cookbooks across the world. German, Austrian, Dutch, and eastern European cookery tends the herb most frequently these days, using it to balance fatty meats like duck, goose, and certain cuts of pork. The herb plays an essential role in several spice blends, most notably North Africa’s harissa and the Middle East’s tabil.

Caraway blends nicely into sausages, sauerbraten, and the like, and is used in essential Oktoberfest side-dishes like sauerkraut. The seed also makes frequent appearances in cheeses, a long standing tradition – Medieval recipes favored the use of whole seed in cheese making, with the Dutch still replicating similar cheeses today. Caraway’s delicate flavor helps to nuance certain baked goods; Elizabethan bakers favored it in breads and cakes, and the spice is still tossed into cookies, dinner rolls, some pastries, and rye bread. Caraway is also useful to brewers and drinkers, appearing in alcohols like gin, schnapps, and aquavit.

Like all herbs with a good history, caraway has had plenty of uses outside of the kitchen. The Egyptians reportedly buried their dead with the plant to ward off evil spirits, while other legends recommended it to protect against theft. The herb appeared in love potions, ancient Grecian cosmetic solutions, and even as a light sedative. The plant was frequently chewed after large meals to freshen breath and aid digestion, and can also assist in the treatment of colic.

Fresh caraway leaves can be used similarly to parsley, while the roots can also be prepared like other root vegetables.

Caraway seeds have a shelf life around six months if kept in an airtight container out of direct sunlight.

Combine ingredients in a food processor and blend until creamy. Spoon into a small dish and sprinkle with a hint of additional caraway. Serve with lightly toasted sliced baguette or hearty crackers. 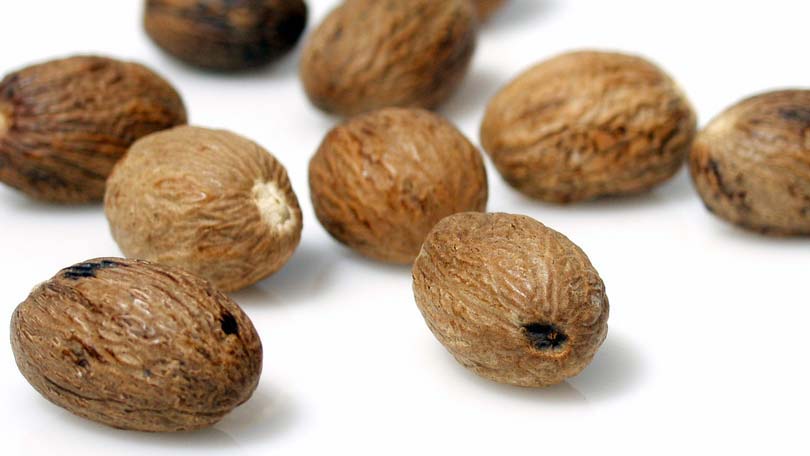 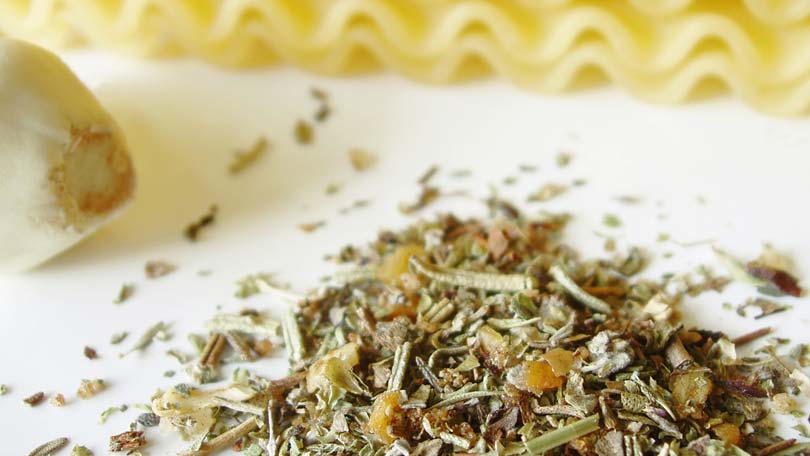 Cooking with Herbs – Adding Flavor to your Food