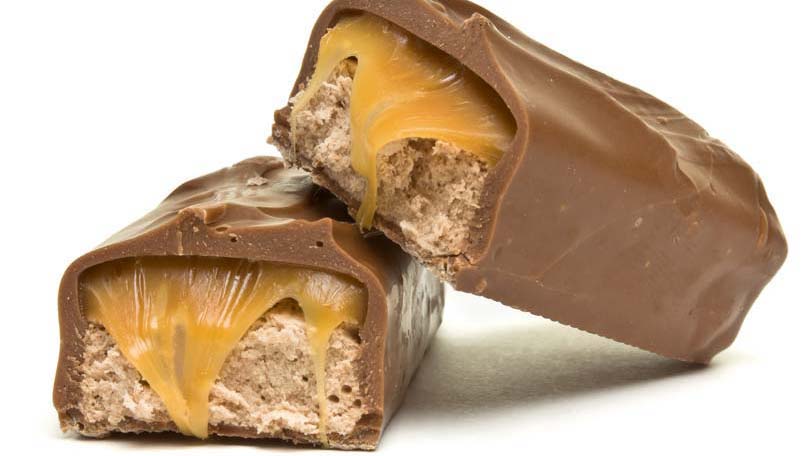 How much does one really know about chocolate? We like to eat it – but what else do we know? Fittingly, chocolate has a very rich and romantic past. Once a prized possession of Native American tribes, the cacao bean continued its reign as more societies were introduced to its pleasing flavor; the Spanish conquistadors brought the cacao bean back to Europe where it stayed in royal hands for many years. Obviously, chocolate has since reached the general public – chocolatiers such as Hershey, Mars, and Nestle are to thank for that. Read on for some fascinating chocolate trivia and facts.

The name chocolate comes from the Aztecs of Mexico, and is derived from xocolatl which means ‘bitter water.’ Chocolate actually comes from the cacao bean which grows on trees indigenous to South and Central America. Discovered in 600 A.D, the cacao bean was originally used to make a bitter chocolate beverage for important members of Mayan and Aztec societies, and the beans were even used as a form of currency. To make xocolatl, the Maya and Aztecs would grind cacao beans and add water, chile peppers, corn, and spices. Aztec legend states that wisdom and power come from eating the fruits of the cacao tree.

Today, the leading producer of the cacao bean is Africa, where it is still grown and harvested by smaller farming operations that do much of the work by hand. Cacao beans are seeds of pod-forming fruits that range from lemon yellow to deep red. When the seeds are harvested and put out to dry in the sun, certain cacao farmers will do a dance over the seeds to signal the end of harvest. High quality chocolate manufacturers will actually choose their cacao beans in a similar way to how a winery will choose its grape varieties.

Annual consumption of chocolate, per capita, is approximately 12 pounds per person, with consumers spending over seven billion dollars per year on chocolate! Switzerland tops all other chocolate consumers at an annual rate of 22.4 pounds per person. Peak chocolate sales are seen between Thanksgiving and New Year, and right before Valentines Day. Chocolate makers use almost half of the world’s almonds, 20% of the world’s peanuts, and 8% of the world’s sugar. Chocolate has over 500 flavor components (twice that of vanilla), and has a melting point just below the temperature of a human body – that’s why it melts in the mouth!

The Spanish explorer Cortes is to thank for modifying the Aztec’s bitter chocolate beverage into a much sweeter drink; he (and his men) experimented by adding cane sugar, cinnamon, and even vanilla to make the beverage more appealing to the European palate. As chocolate spread from Spain to the rest of Europe, the demand for cacao beans increased dramatically, and colonies and plantations were built to keep up with demand. Most of these plantations used wage laborers and enslaved people to produce and harvest the cacao. It was only in 1910 that William Cadbury rallied chocolate manufacturers to boycott cacao beans grown by slaves – they would only buy beans from cacao farmers that provided fair working conditions.

The industrial age revolutionized the production of chocolate which to that point had been made by hand in small shops; a large amount of chocolate could be made at a very low cost, making chocolate more affordable to the public. Chocolate manufacturers like Daniel Peter and Henri Nestle experimented by adding condensed milk and other ingredients to chocolate, producing a smoother, creamier candy that is still enjoyed today. Hershey started making chocolate covered caramels in 1893, and Mars began producing the Milky Way shortly thereafter.

Chocolate is supplied as a ration for astronauts during space exploration, and was supplied to soldiers during World War 1. Actually, American forces introduced chocolate to Japan during that same time. Queen Victoria began the ritual of giving chocolate to soldiers when she sent gift baskets to armed forces in the late 19th century as Christmas treats. Asian populations consume small amounts of chocolate, and countries like Ghana rarely use the cacao beans because they are worth more as a traded commodity.

Though chocolate is high in fat, studies have shown that fat from chocolate does not raise cholesterol levels. Chocolate is high in calories so it is a good source of energy – just one chocolate chip provides enough energy for an adult to walk about 150 feet. Chocolate contains a small amount of caffeine and also contains theobromine, which can be lethal to dogs and other animals in large doses. Store chocolate securely on a high shelf to ensure pets cannot reach it; it smells just as good to them as it does to us!

Chocolate has been around for centuries, and has undergone quite a transformation from an ancient bitter beverage to the chocolate that we know and love today. Go ahead and celebrate your newly found knowledge of chocolate trivia by indulging in a piece – only then can you really appreciate all that chocolate has to offer!