Comfortable Pajamas – Are You Getting IT Tonight?

Home » Relationships » Marriage Advice » Comfortable Pajamas – Are You Getting IT Tonight? 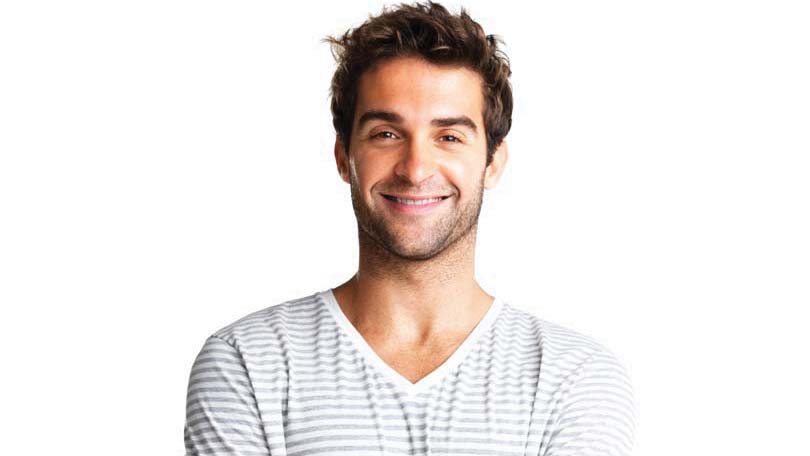 Men talk. In fact, lots of men talk more about sex and their relationships than most women and there is this stupid little rumor running around that men are even able to pick up on subliminal clues which elude them to whether or not they will be getting IT that night or not. The biggest flaw, if you will in this line of thinking is that few men can pick up on the clues that the trash needs to be taken (yes-even with it overflowing on the kitchen floor) but suddenly they are psychic gurus when it comes to sex. This just proves how a man’s mind works.

One of these assertions is that a man can tell by the sort of pajamas his women wears to bed whether she will be ‘in the mood,’ or not. If she is all zipped up in a footy sleeper that makes her look like an overgrown infant sex is off. However, show a little skin, perhaps a nighty that keeps falling off the shoulder and is a tad too short, and sex is DEFINITELY ON! The hilarious part is that there are some men in this world who really believe the pajama theory along with plenty of others. Couldn’t it be that a man just tries harder when his mate turns him on in the sexy negligee than he does when she is wearing the sleeper? Everyone knows men are visual creatures, so it could be that the sight of their lover in something homey and matronly just zaps the air right out of their bags so to speak. It is theories like this that makes it obvious that men STILL don’t know that much about women.

First of all, women have the same amount of sexual cravings as men do. Sure, they get their periods once a month and feel all bloated and gross. Perhaps a better indicator of whether a man will be getting it or not is to look in the trash for tampon and pad wrappers rather than worrying about her pajamas. For the greater percent of women, this is just not the most fun time to participate in lovemaking. However, other than that men can do pretty well, especially if they remember that foreplay and doing the dishes can go a long way in and out of the bedroom! The second thing is that while men think that sex is the perfect apology, women don’t feel that way. If you have just had a heated argument or fight, especially one that involved a touchy subject, chances are she won’t be in the mood no matter what she is wearing. And just to make things harder on you, there is a good chance she will out of spite wear the sexy pajamas without underwear just so she can shoot you down!

One thing men are right about is that they are plenty of signs that indicate a woman is not in the mood for sex. A headache is always one of them, although research shows that sex is great for curing a headache. Some women, just suddenly don’t feel good, around the same time the kids go to bed which is just another way of saying, not tonight honey! Another indicator that she is not in the mood would be after having dinner or spending an immense amount of time with HIS mother! Especially if he is a mama’s boy this is never a good time to assert manhood. If she keeps trying to get away from you, continues cleaning something or reading her book a man should leave well enough alone as well. There is nothing more irritating than finally having the time and quiet to read a great book only for it to be interrupted by innuendos and obvious signs that he wants to make love. Isn’t that what those girly magazines are for?

If you ask a woman how her day was and she responds with sweat on her brow and complaints about the monsters that you call kids than anything that resembles procreating is off! After a strenuous or bad day with the children the only thing sex does is remind her how she got pregnant in the first place. However, what a man can do when he notices this is to allow her to run a bubble bath, bring her a glass of wine, send her out with friends for drinks or do anything that allows her to escape! When she gets home or through relaxing and the man has the kids all tucked away in bed, she might just be more turned on than ever before. And believe it, it won’t matter what type of pajamas she is wearing. In fact, hire a maid to clean the house, do the laundry give her $100 to get her hair done or make any strides in the direction that show you want her to feel wild and free and you might just be surprised how sexily she responds and how great your chances of ‘getting it’ become! Again, this has nothing to do with pajamas.

One thing that men seem to forget is that many women want to feel sexy. They want to be seen as attractive creatures whether they are wearing fuzzy pajamas or not. They want a man to see beyond and through the fact that she is getting older, perhaps has some ‘junk in the trunk,’ and make strides to make love to her emotional side before her physical side. One of the reasons that so many women lose the urge for sex is because it becomes so monotonous with men. What happened to the kissing, the massaging, the lying together naked and talking or dare it be said ‘talking!’ For a woman, it is hard to feel intimate or even the desire to be intimate when she hasn’t had a decent conversation with her partner in a very long time. And to be honest and fair, if sex only seems to last around 10 minutes, before the kids barge in or the man is happy it seems like an awful lot of work to slip on sexy pajamas for a quick 10 minutes when she could be completely comfortable in her regular pajamas the whole time. Heck, she may not even have to take them off completely! So, comfy pajamas are not are you getting IT tonight? If the answer is no, you might want to spend more time worrying about other things than what the woman in your life wears to bed!