Spouses who have been physically or verbally abused seek advice from counselors only to be abused again by them. Talk about being down on your luck. The idea of marriage counselors abusing couples smacks of injustice and brings the profession down a few notches. In rare cases, the counselors themselves aren’t even aware they’re abusing couples.

Some of that abuse can stem from sheer negligence or inadequate training. We need not emphasize how these could harm the marriage more than restore it. This lack of training was discussed by Dr. Steven Stosny who is a marriage counselor and who has been interviewed in television shows such as The Oprah Winfrey Show, CBS Sunday Morning and CNN’s Talkback Live.

Dr. Stosny says that it is a fact that men are more reluctant than women to go to marriage therapy sessions. Marriage counselors are aware of this, so what do they do? They try to engage the husband by using tactics to make him stay in therapy. But by doing this, counselors tend to give him more attention in an effort to convince him to finish the sessions. Already this could create an imbalance in the personal attention provided by the counselor. It does not mean that the counselor will invest his energies more on the husband just to keep his interest in therapy, but this tendency is sometimes difficult to resist and may affect the outcome and goals of marriage counseling.

William Doherty wrote an interesting article about marriage therapists and he provides insights on what couples can expect when they decide to seek counseling sessions.

Doherty says – and this is from his personal experience – that when he handled his first couple therapy session, the husband looked at him in the eye and said “you don’t know what you’re doing”. Doherty was 26 then.

The incident humbled him and he had to admit that it was true. He was therefore determined not to repeat the same experience. Nothing can be more embarrassing than being told that one is inept and should have stayed in school longer.

Speaking of school, he says your typical marriage therapist is probably a graduate of Psychology, Social Work, Psychiatry or Professional Counseling, none of which requires a minimum number of academic credits for couple therapy. The training they receive in couple therapy is acquired after they graduate and end up – either accidentally or by design – as marriage counselors. Their training and experience may be the outcome of apprenticeships, workshop credits, or trial and error.

Doherty compares this phenomenon to breaking a leg, coming to emergency for treatment, and getting all bandaged up without an orthopedist examining you.

One common mistake that therapists make is they get intimidated by the couple’s potential break-up that they want to cover all bases first before suggesting any concrete measures. What happens in this case? The therapist – unsure of what to do – spends more time filling in paper work and writing assessments rather than rolling up his sleeves and getting down to the trenches to apply immediate aid to an ailing marriage. By spending more time on paper work, the marriage could bleed to death because action was delayed, says Doherty.

We believe this tendency to write down everything before tackling the issues straightaway is a form of abuse on the part of counselors who may not be doing it deliberately, given their lack of sophistication in the field of marriage counseling. By spending time and effort on documenting discussions and filling out questionnaires, they delay wearing combat clothes and marching on towards the battlefield.

Another common mistake is that marriage counselors don’t have a strict sense of organization, and hence allow their sessions to be nothing but a re-enactment of the couple’s past fights at home. By listening too much and allowing couples “to let their hair down”, there is very little control in setting the direction and tone of the sessions.

All human beings have a bit of the perverse in them. They like to watch the misery of other people and sit back and enjoy the scene. So by saying “let it all out”, the therapist encourages the exchange – sometimes virulent and angry exchange – of blame, insult and screaming matches. This lack of organization could hurt the couples’ chances at a possible reconciliation because the sessions have become a free-for-all interaction of the most negative kind. Couples have quarreled enough in the bedroom – why allow them to bring their quarrels into another setting?

The arguments above point to the fact that if counselors devote more time to non-essential work, think of what the consequences would be on hourly fees; that is, if counselors charge on a per hour basis.

For example, if a counselor allows a couple – Dan and Marsha – to express their disagreements over certain issues which is an exercise they engage in already at home, how much time will that take? How many exchanges does a counselor need to make an assessment? That’s one scenario to think about.

Second scenario: the first week is spent listening to Dan and Marsha. We’ll put the cost at one hour per day. That equals five hours at $150.00 an hour, which brings the counselor’s fee to $750.00. Then on day 6, Dan and Marsha receive a letter from the counselor saying that after an evaluation of the sessions, she has decided that their type of situation needs to be referred to another counselor who has expertise that is more appropriate in the couple’s type of marital problem.

If you don’t call this being abused by counselors, we don’t know what else to call it.

We won’t say that counselors would deliberately do this, but some counselors feel they can’t help the fighting couple because their problems are much too serious or feel that the sessions have become a dangerous battleground. In all fairness, however, sometimes it is the counselor’s feelings of inadequacy or his own personal fear of how the sessions might turn out. The consequence is that he would rather steer clear of any potential eruption he feels he could not control efficiently.

If a counselor gives up on a case, wouldn’t that be the equivalent of saying “your marriage is hopeless. I can’t help you now.” His abandonment of the couple right in the middle of their therapy is like a husband abandoning his wife and children because of his fear of increasing responsibilities.

We’re not saying that couples abused by marriage counselors number in the thousands. Individuals who go into marriage counseling are decent souls who genuinely want to help smooth out marital conflicts, but a few do see their mission in life as a revenue-generating source. Worse, a few of them are of the thinking that “they would be spending triple my charges anyway if they head straight for the courtroom.”

Couples Abused by Marriage Counselors – All That for Nothing?

This time, we’ll veer away from the money issue and go into the crux of commitment. We’re not referring to the couple’s commitment to one another (their willingness to submit to marriage therapy is a sign of their commitment) but to the counselor’s commitment to save a marriage and to mend broken relationships.

We ought to remember that counselors aren’t divine beings who don’t get hurt themselves by their own personal situations. They too have marriage issues, if they are married, and some can be experiencing domestic troubles like children dropping out of school, caring for aging parents, and the usual grind of mortgages, cost of living, and house maintenance. They spend at least eight hours in the office listening to other people’s problems and witnessing unpleasant fights between two hurt spouses. Naturally, they could feel worn out at the end of the day.

This worn out feeling could serve as an incentive for them to tell their clients to opt for divorce instead since the possibility of reconciling is very weak.

Is this something you or your spouse would like to hear after you painfully came to the decision NOT to divorce and try marriage counseling? Would you feel that your counselor started out beautifully during the initial therapy sessions but demonstrated her weaknesses and limitations half way through the sessions? Did she give up too soon? Couldn’t she have tried a little harder, the way you and your spouse are trying desperately to prevent your marriage from falling apart?

The irony of it all.

COUNSELOR – I’m not here to pass judgment, nor am I here to suggest to you how you can work out your differences. This is one area that you’ll have to work out on your own.

HUSBAND – I didn’t think counseling would do us good anyway but I wanted to show my wife I was keeping an open mind. So what do we do from here?

WIFE – But I want to continue these sessions. I think it will help our marriage if we could just iron out our differences and come up with alternative courses of action. We came here thinking you could help us.

COUNSELOR – I can only do so much. It’s clear to me that either you find someone else who can help you, or think about separating or divorcing.

HUSBAND – So why the hell didn’t you tell us that in the beginning? You’re calling it quits on us? I thought only couples called it quits. What good are you to society if you’re not intent on saving our marriage and our family?

Don’t get us wrong. There are many times more marriage counselors out there who do a fantastic job than the handful who pass the assembly line unchecked and untested. Even divorce lawyers can fail you by failing to obtain the best settlement.

For couples to avoid being abused by marriage counselors, they must ask about the following:

These are the variables you can control. Personality and chemistry are qualities that don’t become apparent until after the first or second session, but you’re the client, you’re the one who’s paying, and if your comfort level is not high, you are within your rights to change counselors. 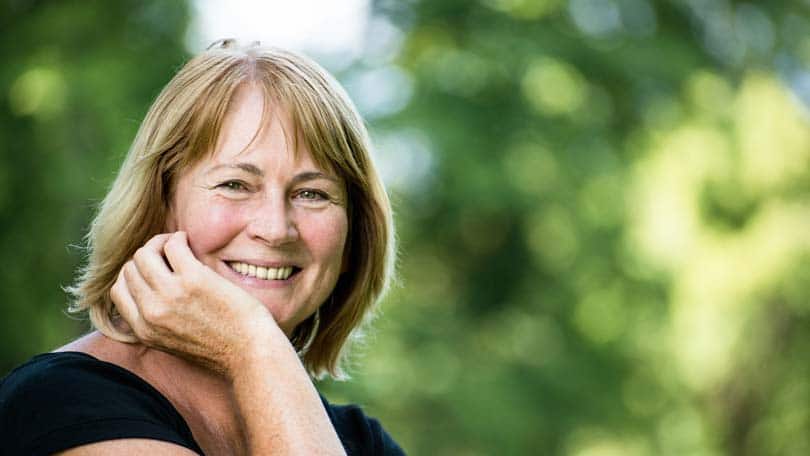 Tips on How to Talk and Listen to Your Spouse 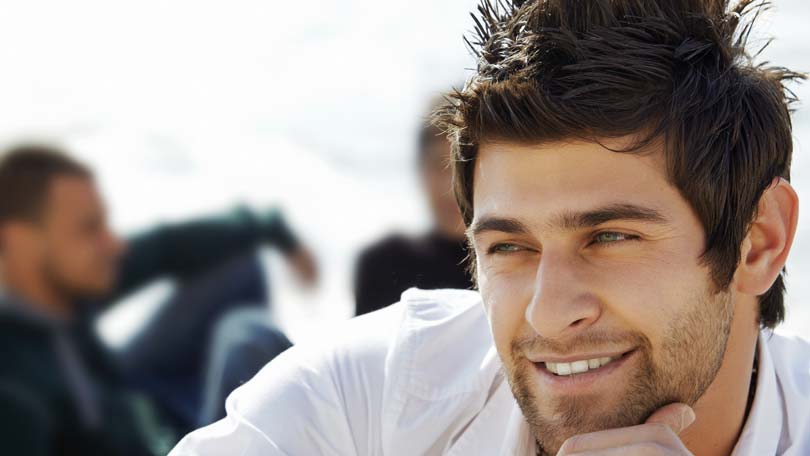 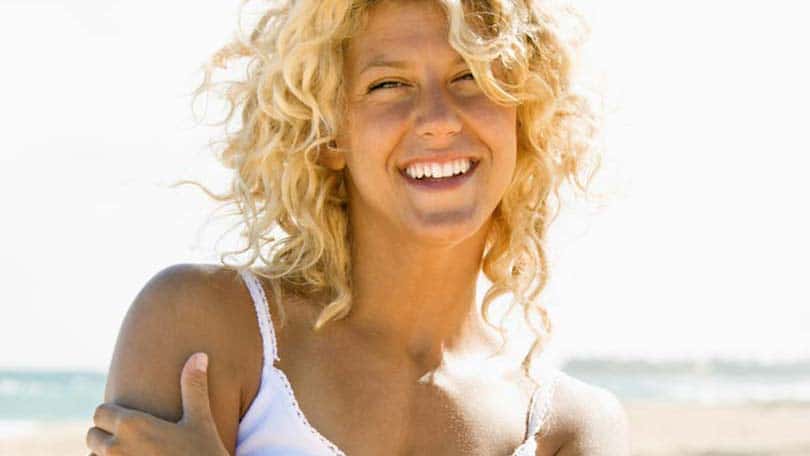 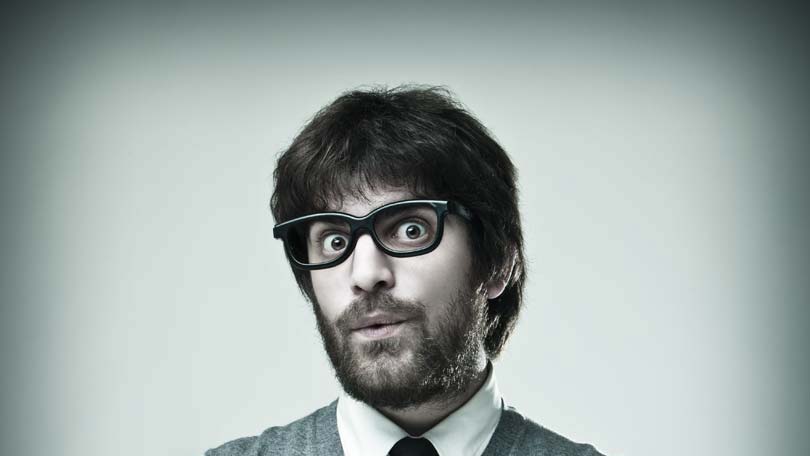