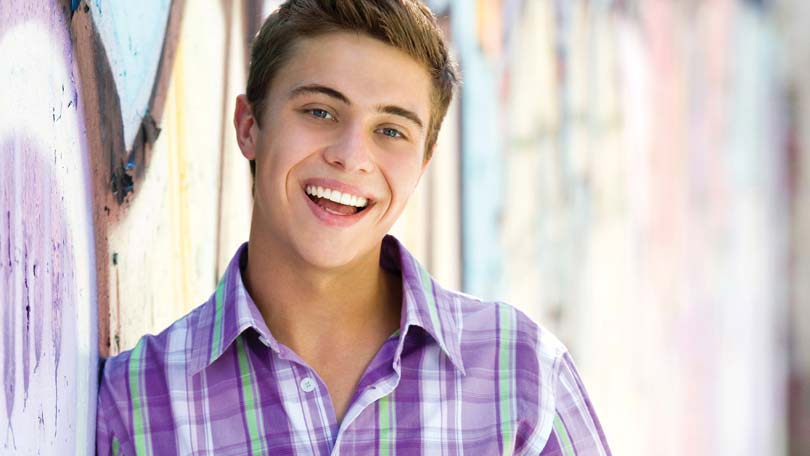 Finding adequate dating advice for teens on the internet is like finding the perfect pair of go—with—everything shoes at the store. It hardly ever happens. However, teenagers have so few places to go to find down to earth, real live advice that won’t end up with their date mocking them, selling themselves out, or having to make difficult choices between self respect and the “respect” of their love interest. Thus, we’ve compiled some real life advice for real life teens.

The first and most important aspect regarding dating advice for teens is to remember who you are. That sounds so trivial and even a little condescending, but the truth is that teenagers, young adult, and even some adults wandering around in their thirties are still growing and figuring out who they are along the way. Knowing what you want, and more importantly what you don’t want, puts you ahead of most kids in the dating game. If you want someone to treat you with respect, then you have to treat yourself with respect. If you’re looking for an uncomplicated, easy going relationship than you’re going to have to remove some of the complicated boundaries, like determining that you’re not going to have sex and sticking with that decision.

Dating is, by definition, putting aside some time to get to know someone better and to learn how they may or may not fit into your life. The fact of the matter is this usually involves talking, discovering, hopefully laughter, and usually a few kisses. Between the ages of 13 and 21, most kissing, and other sexually related actions, are just as much about figuring out what excites you as it is about caring for someone. Few teenagers feel emotions strong enough to determine that their sexual exploits are all about loving someone. It’s more about finding someone who you are comfortable enough with to explore this very grown up avenue. And those kids who wait beyond high school have fewer uncomfortable or scary sexual encounters, have longer lasting and more meaningful relationships, and have better relationships because they take the time to actually build a relationship rather than experimenting with sexual behaviors.

While you’re learning about the other person, you’re also learning about yourself. You are excited because someone is interested in you; someone that you find high enough on the social scale to be excited about their interest in you. And despite the fact that the adults in your world keep telling you to wait, you are feeling rather excited to find out what all the fuss is about. Sex doesn’t answer questions. It only creates more questions. If you’re willing to put in some time and learn how to develop relationships now, you’ll be more successful at maintaining a good relationship later when sexual activity is involved.

Going out on group dates can either provide a safety net for you or add to the peer pressure to go farther than you are really comfortable with, especially if you’re a guy. In our society, guys are held up as sexually powerful creatures that should be out on the prowl, scoping out their “prey” and never backing down from a good opportunity. Girls have been taught to say “no,” while guys have been taught to say “yes.” If a guy goes out on a group date with other sexually aggressive guys, chances are he would have a hard time not pushing himself past his comfort zone. If he didn’t at least try, even his closest friends are libel to give him a girly nick name and make sure the rumor gets around. Guys have to realize that it’s okay, more than okay, for them to replace the image of a sexually motivated hound with one of a sensitive listener.

Regardless of whether you are 13 or 18, you should always take a cell phone with you. You should also feel that you can call home for a ride should things start getting out of control. Set it up previously with a parent that a phone call to come and get you means that you will meet them around the corner to avoid the inevitable jostling from those “friends” who think that there is contest in life about taking girls to bed.

During the teen years, dating should be fun. It should be about having a date to a party, developing bonds that will hopefully last throughout the entire time your high school career is in the forefront of your life. It shouldn’t be about sex. Sex, when you’re ready, is about a committed and loving relationship that means more to you than you ever thought was possible. Dating is about exploring the adult world without adult consequences. As soon as you introduce sex into the picture, the consequences become very adult, including pregnancy, disease, and broken hearts. This is your time to learn how to effectively care for other people while still maintaining your soccer goals.

While dating advice for teens will naturally tell you to wait until later to have sex, there are sparse few explanations, other than the adults said so. Whether you are a guy or a girl, having sex for the sake of exploration and curiosity devalues you, and devalues the other person. You have to look at yourself in the mirror every day. Every time you make a choice about relationships, friends, sports, schools, or your parents, you want to know that when you look in the mirror you have been making good decisions. Having sex too early will not only be less than enjoyable for either one of you, but will hamper your ability to feel good about yourself. And you deserve the respect that comes with making good decisions.

Everything feels so huge when you’re a teenager. Life feels complicated and fun and hard and simple and frustrating all at the same time. Why would you be in a hurry to make this time in your life any more difficult or frustrating than it already is? Our best laid dating advice for teens is pretty simple. Have fun, be safe, and strive to become about more than the hype.