Education for Success: Which Are the Most In-Demand Fields of Work in the US Today?

Home » Living » Career » Education for Success: Which Are the Most In-Demand Fields of Work in the US Today? 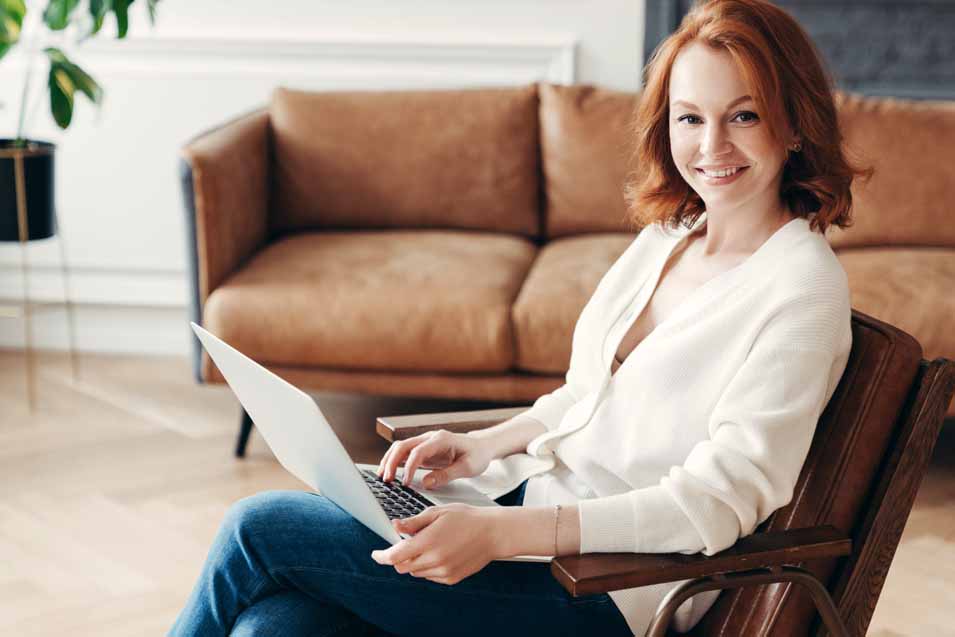 The term success means different things to different people, and it varies quite widely depending on their personal goals, achievements, capabilities, talents, inclinations, morals, etc. Similarly, a person’s educational path should also be chosen based on their beliefs and goals, so that they can equip themselves with the knowledge and training to achieve their own definition of success. Variable as the definition of success may be, there are a few common scales on which success is usually judged by most of us and the society at large. These scales can be broadly classified under three primary categories, which are:

Very few jobs score full marks on all three of these at the same time, but as long as the job in question fulfills at least one of these criteria well, and preferably two of them, the person holding the job can be called successful in most instances. Of course, the specific individual and their specific goals should decide what they prioritize above others. Whatever an individual’s priorities might be, their choice of education is going to be key in getting there. Therefore, it makes sense to go through some of the best jobs or fields of work in the US today that are the most likely to help us succeed. This will not be a list about the highest paying jobs in the US only, but other, more practical aspects such as employability and the current employment rates will also be taken into account. Let’s get started.

Anyone linked to direct patient care will find 2021 to be an excellent year for getting hired, receiving pay hikes and getting promotions. However, it will not be an easy year for them by any means. It is difficult to recall a time when doctors and nurses were not in demand but given that a global pandemic has swept over the world and continues to infect and kill people by the thousands every day in the US alone, the renewed surge in demand for more medical professionals to handle the crisis is quite understandable. Although the situation will begin to improve as more people get vaccinated, the employment rate for doctors and nurses is not likely to go down anytime soon. The reason behind this development is rooted in a fact that predates the coronavirus epidemic by many years. There was already a lack of available and qualified medical professionals in the US, long before the coronavirus even decided to make the uncharacteristic inter-species jump.

Despite being the world’s premier nation in healthcare expenses, technology and facilities, the United States was affected in the worst possible way by the pandemic. Admittedly, the causes responsible for this conflicting development are far too many, but it certainly highlights problems such as a lack of sufficient staff, and the adequate medical infrastructure to handle nationwide crisis situations. Therefore, it is unlikely that recruitment rates for physicians and nurses are going to drop anytime soon, as closing those gaps is a top priority for the nation now.

In terms of social standings and financial gains, both doctors and nurses score big, but given that surgeons and anesthesiologists are some of the highest paid professionals (close to almost $400,000/year in 2021) in the whole country, they have a significant edge when it comes to earning potential. Very few physicians can become anesthesiologists or surgeons though, but even general physicians are among the most respected members of the society, alongside earning a lot more than what can be considered a good income ($212,000/year approx. on an average). However, due to how understaffed doctors are these days, job satisfaction has taken a hit.

On the other hand, nurses have a higher rate of employment than physicians. Even the average income of certain advanced practice nurses such as nurse anesthetists ($188,400/year approx.) and family nurse practitioners ($111,000+ approx.) are way above the national average income. If you are a registered nurse already, then consider pursuing an online MSN FNP program that has the essential CCNE accreditation. Not only can it open your career up to highly satisfying and well-paying jobs (average income of $138,660/year in California and $122,550/year in New York) within the medical sector, but the education can also help you gain the power to operate a clinic independently in a large number of states. Besides, the family nurse practitioner is often the most revered figure in small communities, and even within the nursing sector itself.

A foundational field of work is one which is intricate to the functioning of a specific community, or the society in general. Software developers, engineers, cybersecurity experts and various other similar professionals share one common trait; they possess skills which are essential for the present world to function in the way that it does today. Everything from bank transactions to military weapons, and everything in between is highly reliant on technology today, and without the various software professionals being constantly engaged in developing, updating, maintaining and securing those technological platforms, it’s unimaginable what would happen. Therefore, it would be safe to state that if you have plans to become a software professional, there is a high likelihood that employment will not be an issue for you. This is especially true in 2021, considering how digitization kept the world going amidst several complete lockdowns that had to be initiated in 2020 to contain the viral outbreaks.

Just like it is for any other field of work, the opportunities are not equal here either. Although software professionals are among the highest paid and most important workers in modern society, not everyone related to the field will feel that. This is why you need to choose your path of initial or further education in software technology carefully. Some of the best-paid software professions with the highest employment rates are as follows:

Keep in mind that as a software professional slowly grows in their seniority, the salary is not what really represents their total income. Oftentimes, they will be offered to hold shares of the company, worth 20-50% of their present salary, which has the potential to take a senior level software executive’s salary through the roof.

In case you are looking to learn a new programming language to make a lateral shift, or just in case you are thinking about freelancing by learning a new coding language, the following are the top five, most in-demand languages to consider in 2021:

Financial experts are difficult to pin down, be it in terms of job description or income. For example, an investment banker could also act as a financial advisor, and a financial advisor might very well venture into investment banking in time. At the same time, investment bankers on paper may only earn roughly $60,000/year in mean salary, but depending on their experience, their understanding of the market and their investment decisions, it could easily be crossing the $150,000 – $200,000 mark, counting in the bonuses.

The same applies for financial advisors, who average about $70,000/year on paper, but usually have other sources of income to rely on, mostly in the form of investments. The financial manager, on the other hand, enjoys a more substantial salary because of their experience. While averaging about $130,000/year, financial managers generally have even more income being generated from their investments, stock shares and company bonuses.

CPAs or Certified Public Accountants have a more traditional job though, and the profession’s mean salary comes to roughly $70,000/year. However, just like other professionals in finance, they too may have additional sources of income in the form of commissions, bonuses and stocks. Although CPAs do not earn as much as some of the others in finance, they have a higher employability than most. If we were to look at the job profiles from a social perspective though, certified public accountants are better recognized and received by the general population, given that it has been one of the oldest and most established professions in the financial sector.

There are corporate lawyers and attorneys who earn in the millions, but they are generally senior executive heads who have been in the business for more than a decade. They earn their millions in not salary, but company partnership shares. If we took the profession in general, however, the United States Bureau of Labor Statistics (BLS) puts the average income of a lawyer at $144,230/year. Two of the best states for lawyers to work in would be California and New York, where lawyers earn a mean salary of $171,550/year and $167,110/year respectively.

As someone who is considering the opportunities associated with becoming a lawyer, the most important aspect would be to, of course, choose a field of law that is the most likely to provide the highest financial returns. Law school is expensive, especially the good ones, so that makes perfect sense too! The following statistics should shed some light on that aspect, helping students make a better, more informed decision. Do note that the following are estimated after factoring in all the common, additional sources of income for lawyers, such as profit-shares and commissions:

Social Perception: Not the Best Scale to Judge the Profession In

To put it simply, lawyers do not enjoy the best reputation, and that is by default! There is money to be made, and if you enjoy the mind games involved here, job satisfaction is guaranteed almost. However, as far as public perception is concerned, most lawyers and attorneys do not have that in their favor. The only exceptions to that would be the public prosecutors and public defenders in some cases, provided that they are really any good. However, given that public lawyers are the lowest paid legal professionals in the whole sector, you would have to put your morals ahead of your financial concerns to consider becoming a fulltime public defender/prosecutor.

It must be mentioned that while things are expected to come back to normal and surge again soon after the vaccinations, the US, along with the rest of the world, will not be getting there right away. 2021 is going to be the first year of rebuilding after the coronavirus caused a slump in the national and global economy. As a result, almost every sector is in its recovery stage now, except of course, healthcare and pharmaceuticals. Over the course of the coming months, multiple other segments will also begin to rise higher up on the rankings in terms of employability and mean pay. Nevertheless, the professions we discussed here today are likely not going to change positions anytime soon though. If anything, chances are that if you pursue any of these careers in 2021, by the time you finish your education and acquire the necessary certificates, your demand as a professional will only be bolstered in the rebuilt economy. 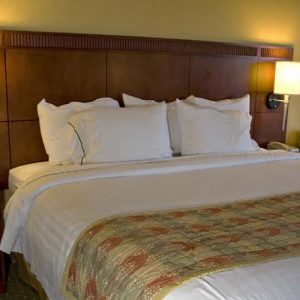 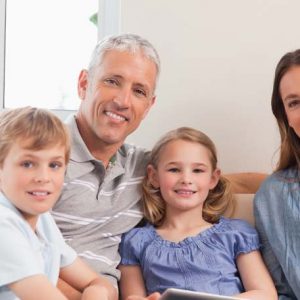 Making Memories Together – Live Like You Never Stopped Dating 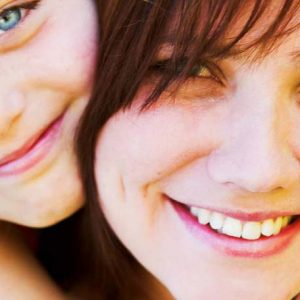 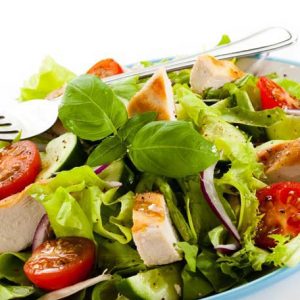