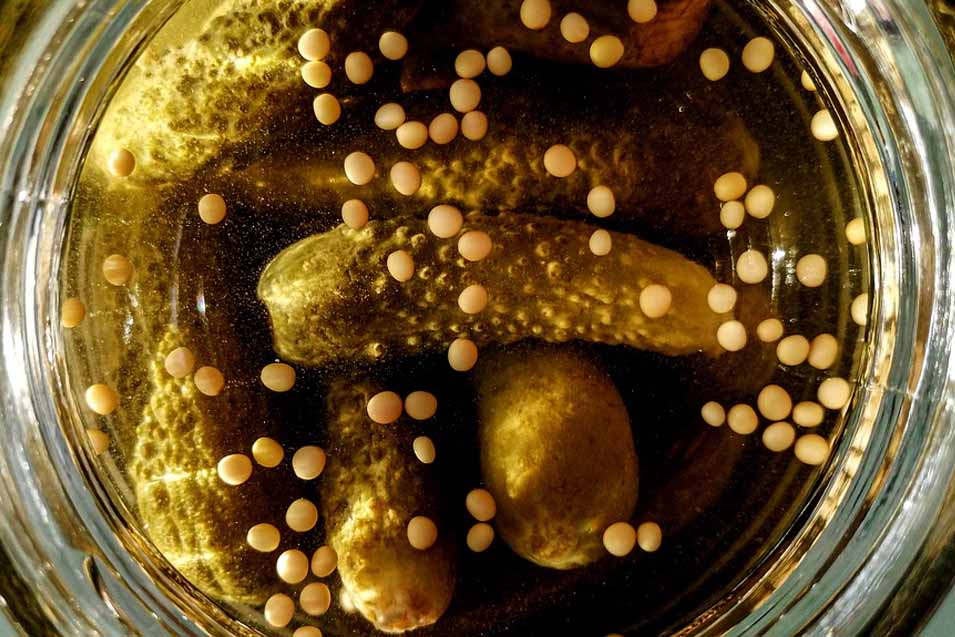 Fermentation has been a trend among foodies and chefs for some time now. But what’s the idea that lies behind it? It is the transformation of food

The history of fermentation

Fermentation is one of the oldest methods of preserving food, changing its taste or creating new textures. Not only did our grandmothers use this process, the method can even be traced back to ancient Mesopotamia in 6000 BC. The word fermentation comes from Latin fervere means “to boil”, Ancient romans saw the effervescence in grape vats while making wine and immediately referred it to fervere. Unfortunately, the method fell into oblivion for some time due to industrialisation and the development of refrigerator technology and preservatives. Now the technique for preserving food our grandmothers used is having a comeback – even in professional kitchens!

The process of fermentation and what its effect is

During fermentation, products are preserved either by their own lactic acid bacteria or by the addition of so-called “starter cultures” in the absence of oxygen. This creates a healthy fermentation process, which prevents “bad” bacteria from being activated. The process makes raw ingredients easier to digest due to the increased lactic acid bacteria (probiotics) and is therefore beneficial for a healthy intestinal flora. In the intestine, they even suppress the microorganisms responsible for ravenous hunger attacks. Besides vitamin A, vitamin B12 and other B vitamins, vitamin C and vitamin K2 are also developed during the fermentation process. In this way, negative effects such as vitamin and taste loss, which occur with other preservation methods, are also avoided. Supporters of fermentation are also convinced that the intake of the countless benign bacteria strengthens the immune system, prevents allergies and constipation and even has a preventive effect against certain types of cancer.

This is how professionals ferment!

Even though fermentation is not a really more work intensive process than cooking, it is a slow and time-consuming process.
Here is how it works: All you need is a sterilized container with a lid (like a preserving jar), salt and a weight to weigh down the food in the jar (e.g. washable glass or stone weights). Best results are achieved with special sealing lids which allow the gases in the container to escape and thereby prevent overpressure. The finely chopped food (the finer the products are chopped, the faster the fermentation process is completed) is filled into the jar either dry with the addition of salt (e.g. sauerkraut or kimchi) or with a saltwater solution (carrots or any other vegetable which you would like to ferment whole in the form), depending on the type of food. The salt content should be 2 % weight of the product for dry ferments and for liquid based ferments; it has to be 3% weight of the liquid (water), which covers the food. For dry preservation, it is important that the food has been previously tamped in a bowl to break up cell structures. This is not necessary for fermentation in saltwater. The food should then be filled into the bowl as tightly as possible, so a pestle can be helpful. The food is then weighted with an object in order to prevent it from floating up and coming into contact with oxygen. The container should then be closed and stored in a dark location at room temperature for 3 to 4 days for both methods. Afterwards, a cooler storage of about 15 degrees can be used. A sign of the progress of fermentation is the formation of bubbles in the glass, clouding of the saltwater or fading colour of the ingredients. The length of the fermentation process depends on the food itself. It can take from a few days to months.

Chefs swear by the uniqueness of the flavours created by fermentation. Such taste experiences can only be achieved with the fermentation process and not with the addition of spices. Some foods are even only edible through the fermentation process, such as the subtropical root Manioc. A small disclaimer: The probably most exclusive coffee beans in the world, the Indonesian “Kopi Luwak” are also subjected to a – admittedly rather special – process of fermentation: The juicy coffee cherries are eaten by native species of viverrid cats, but only the pulp of the fruit is digested in their intestines. The stones (coffee beans) are exposed to the damp environment and enzymes during the digestion process and undergo a fermentation process that breaks down the bitter substances. The animal then excretes the beans and these are collected, washed, roasted and traded in Europe at prices up to 1000 EUR per kilo. Experts describe the taste of the coffee as mild and slightly sweet with notes of chocolate and caramel.

But what challenges are today’s chefs facing when it comes to fermentation?
Since the fermentation process is highly dependent on a constant temperature (around 20° C), sufficient storage space is required, especially for a larger pre-production of food. The accurate salt concentration in the fermenting container is also an important requirement, which is crucial for the final result. Not to mention the requirements for the containers: The containers must exclude oxygen and permit gases to escape.

In a nutshell, it can be said that fermentation is not only a traditional method of preservation, but also a method to bring the taste of traditional food to the “next level” with an acceptable amount of work. For this reason, the current trend in the professional kitchen is perfectly understandable and everybody interested should at least have a go at it once.

Cooking Christmas Dinner – What Should you Prepare?

What is Alopecia – Is your Dog Losing Loosing its Hair?

Tips on Staging a House