Grounding a Teenager – Does it Really Work

Home » Family » Teenagers » Grounding a Teenager – Does it Really Work 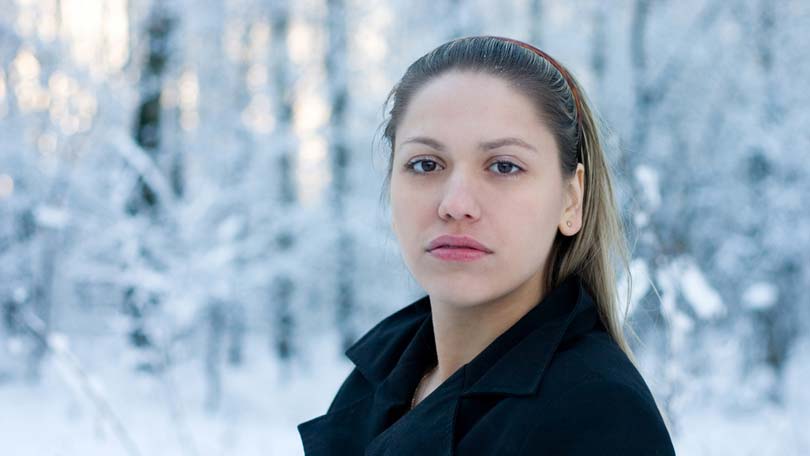 When teenage mouths are running rampant with disrespect and the chores from last week are still piled high, covering the report card bearing three D’s and one F, grounding a teenager seems like a reasonable option. But before you burst through the door in a fit of annoyance after finding the dishes from the afternoon snack left on the counter, think about what you want to accomplish by grounding your teen.

When we think about grounding as a punishment, we have to consider our motivations. I have known parents who choose not to ground simply because they are fed up with their kids’ attitudes and don’t want them hanging around the house all weekend moaning and complaining. Understandable. But this takes away from the point of grounding, doesn’t it?

As adults, we realize that if we want to have our fun, we have to be responsible. If we can’t pay the bills we certainly aren’t going to be able to purchase our fun stuff. If we barely show up to work, we aren’t going to be able to put in for vacation time if we still even have a job. These are the basics that responsible adults adhere to because the consequences are rather unpleasant. Since we are in charge of teaching our children how to grow up into reasonable and responsible people we implement penalties, so to speak, for ditching out on responsibilities. That is where the process of grounding comes in. A lack of responsibility leads to a lack of fun for adolescents just as it does for adults. It’s a good concept when implemented correctly. It fails miserably when it isn’t implemented well at all.

Even if you made grounding attempts before, wipe your own personal slate clean and decide what it means to you when you ground your child. Is it merely a restriction to the home? What about television watching? Do you take their cell phone? What about computer usage and instant messaging? Making these decisions ahead of time make grounding a teenager much more effective because you are outlining the natural consequences in advance. We know that if we fail to pay the rent, an eviction notice will find its way to our front door. We know that if we stop showing up for work we won’t have a job. Your teenager should know that if he breaks the rules, a specific set of consequences will follow.

Following through on a grounding is vital to its success. When your child is considering ditching school for the day, his (or her) mind might wander toward the possible consequences for getting caught. If they know that they will spend a month without the cell phone, social time, TV, and will have numerous additional chores around the house they are less likely to risk it than if grounding means they can’t leave the house but their friends can still come over to see them.

It can be hard when something special or unusual comes up during a grounding sentence. Perhaps one of your kid’s friends ends up with a once in a lifetime opportunity and wants to invite your child along for the ride. Maybe there is a serious situation at school (like the death of a classmate or the hospitalization of a friend) that motivates your teen to be supportive or he needs additional support that you can’t give. These situations are difficult. The experts don’t even completely agree on what do. Some say that being grounded is like a prison sentence, and the warden isn’t going to let you out no matter what happens out there in the real world. Others say that being grounded shouldn’t interfere with your child’s ability to experience life changing events, to grow, or to develop in a healthy manner. It’s a confusing slope for a parent.

Discretion is ultimately yours. Only you can determine whether or not any given situation is reasonable enough to become lenient on the rules you set forth originally. The only problem with that is how easy it can become to suddenly find reasonable situations all over the place. If your child is grounded five times during the school year and you found five exceptions to let him out of his sentence, you might want to reevaluate why you are letting him off the hook.

Many parents feel that the hardest part about following through on a grounding sentence is the constant manipulation, arguing, and test of wills they find themselves locked in when an adamant teenager disagrees with the idea of being grounded. Looking at the situation from the outside, it is easy to say don’t engage. Simply stating that the rules were broken and this is the consequences seems simple enough. But let’s be honest and acknowledge that teenagers tend to push our buttons intentionally and keeping your cool isn’t as simple as walking away. Especially now that they are big enough to follow.

It’s not uncommon to escalate the punishments associated with the grounding when a belligerent teen starts to become verbally out of control in his protest against being grounded. Whether you start adding on chores or time, or start taking away the few privileges he has left, escalating doesn’t always work. Kids this age want to exert their independence and prove that you can’t control them. What do you do if your child walks out of the house anyway or sits down at his computer without regard to your instructions? Escalating the punishment is a dangerous thing unless you are positive that you can follow through with your increased punishment. Keeping your cool prevents you from setting up situations that you will later have to back out of.

When a teenager becomes resistant to being grounded and begins to act in a way that is truly unbecoming, disengaging the scenario is the always best option. Your child is no longer 5 years old and he now has sophisticated thoughts that he feels are more appropriate than yours. It’s okay to let him speak. Ask him what he thinks the proper consequence for his behavior should be. Ask him what he thinks the natural consequences out in the “real world” would be. Diffuse the arguing by turning it into communication. This doesn’t mean you should change your punishment. In fact, you absolutely should stick to your guns. But simply allowing your teen to express himself and become engaged on a conversational level is much more effective than yelling at each other.

Remember that it is not about being cool or winning the Popular Parent of the Year Award. But it is about teaching your kids about the reasonable consequences of irresponsible behavior before he gets out into the world where he can’t get clean slate days and third or forth chances. Grounding a teenager can work very well, most especially when you have a clear definition in mind and are prepared to follow through.