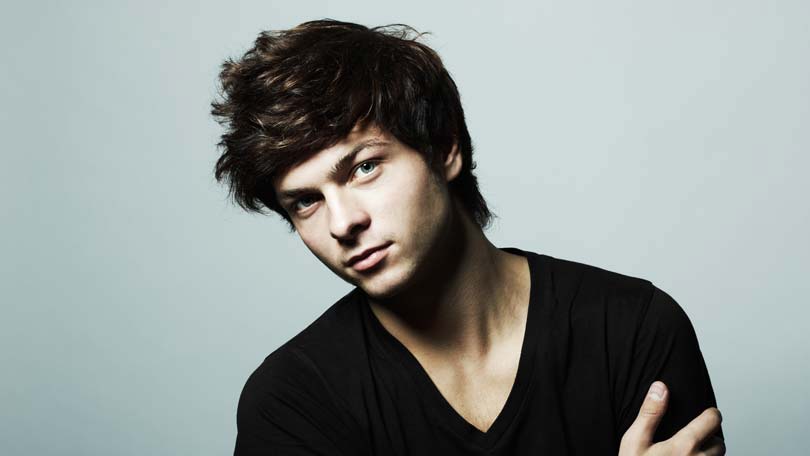 Recent high-profile incidents of home invasions have received considerable exposure in the media. The impact of home invasions extends well beyond just the violence of the crime itself to a long-term loss of the victim’s sense of safety in their home. It is increasingly important that you know exactly who is at your door before you open it. If you are not sure who is at your door when the bell rings or you hear someone knocking, you should not hesitate to ask the person who they are. If the person is there for legitimate reasons, they will have no problem in telling you their purpose.

Although no formal definition presently exists, a ‘home invasion’ is generally thought to be different from a break and enter as there is premeditated confrontation with the victim along with an intent to rob or inflict violence upon the occupants of the home. One of the biggest obstacles in actually measuring home invasions is the lack amongst law enforcement agencies of an agreed-upon definition. While some incidents appear to be obvious, others are not so clear. For instance if a homeowner returns home unexpectedly while a break and enter is in progress and there is confrontation. Alternatively, if a person breaks into a home believing that no one is home and someone is home, or they believe that the occupants are all asleep and they wake up, and there is confrontation. These incidents may end up as home invasion scenarios even though they did not start out that way.

There are different methods used to gain entry in a typical home invasion to be aware of. For instance, a perpetrator may use deception as their way to get into someone’s home. This type of invasion usually takes place during the day or early evening. The home invader approaches the front door and pretends to be someone needing assistance such as wanting to use the phone, or go to the bathroom, etc. They may say they are doing a survey, have a parcel for you to sign for, or may tell you they have run into your car. There are countless other reasonable sounding excuses that can be used to get someone to open their door. Once the door has been opened, the perpetrator smashes their way into the home.

Another more abrupt method is to simply use force to gain entry. In this scenario, the home invader approaches a doorway and proceeds to kick the door in. A solid kick aimed just below or above the doorknob will often break open most doors, even those with a deadbolt installed. A more traditional approach is when a home invasion starts out similar to a break and enter. The assailant uses a lock pick or pry bar to defeat a door or window lock, then slips into the house and surprises the homeowner in another room. These methods can take place at anytime day or night.

It also appears that the elderly are the most frequent victims in this type of crime as compared to other kinds of robberies. Victims aged 60 or over made up 17% of home invasion victims, whereas that same group made up only 6% of other kinds of robberies. In the survey it was also reported that in 68% of the cases, the victim and accused were strangers, 21% of the time they were casual acquaintances, and 11% of the time they were relatives, friends, or had some type of business relationship.

In order to protect yourself from this type of crime, there are many precautions that you can take. Criminals generally look for opportunities that require the least effort, so by making your home more secure, you can make it less attractive to criminals. To start with, you should make sure that both your front and back doors are made of solid wood or metal and install one-way peepholes at eye level. You should also reinforce all doorframes so that your doors cannot be easily kicked in.

You should keep all your doors and windows locked even when you are at home. You can also cover all your windows and glass doors with a special security film, or install Plexiglas on the inside. Both of these materials are quite durable and can withstand several blows before they break. Take the time to prune or remove trees and shrubs that hide your windows and doors from view or give criminals convenient places to hide.

Using outside lights is also a great security measure, as criminals prefer to work in the dark. Make a point of leaving lights on at night, both at the front and the back of your home. Also, make sure these outside lights are out of reach so they cannot be broken or removed. Motion sensor lights can be installed as well to save on electricity costs. However, leaving lights on outside every night is an extremely cheap security precaution compared to alarms and other devices.

Some other steps you should consider taking are to not advertise the fact that you live alone (if you live alone). You can easily make your home appear as though many people live in it by putting out toys or work boots in the yard. It is a good idea to never be predictable; so make a point of constantly changing your routines. You can also keep a cordless or cellular phone handy in case you need help or spot something suspicious outside. Additionally, you can get a dog, or at least place a BEWARE of DOG sign in the yard.

For those people who live in apartment buildings or gated communities where there is an intercom at the front door, you should take special care when it comes to whom you buzz in.

The rule of thumb to follow here is simply to never let anyone in the building unless you know exactly who they are. If they do not have a key or an access card, then they do not belong. If they insist on you letting them in, simply refer them to the manager of the building, or call the police.

The following are some suggestions to follow whenever you have a knock at the door:

Hopefully, you are never a victim of this sort of crime. However, being aware of the dangers and taking simple precautions can go a long way in protecting your home and family. 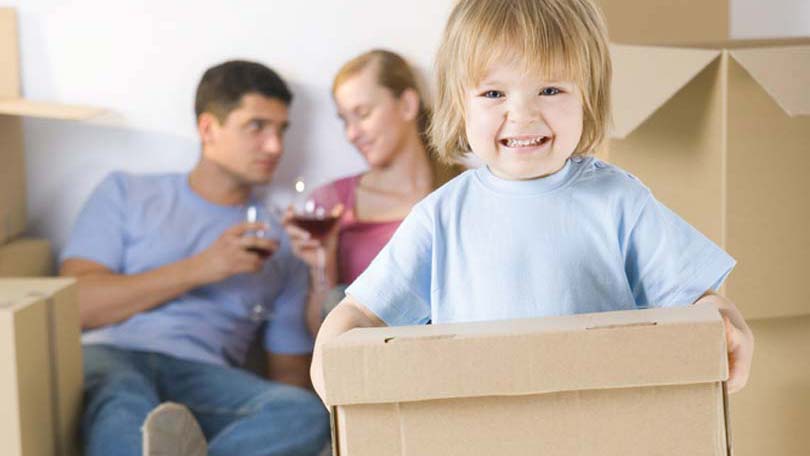 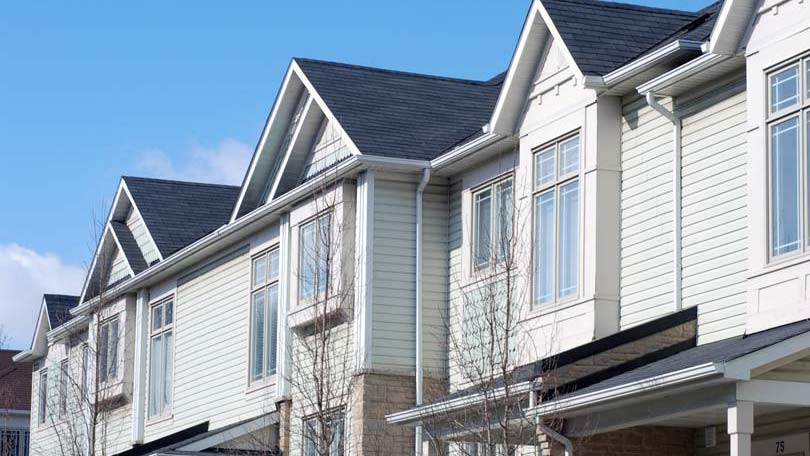 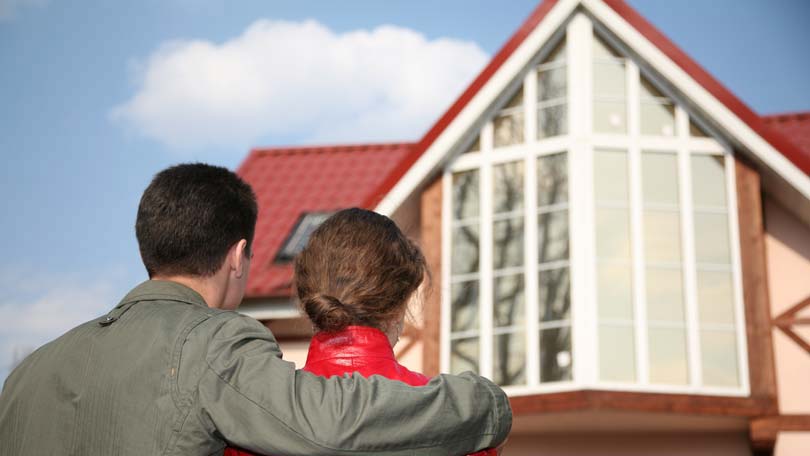 House Poor Life Rich – How Much House Can you Afford? 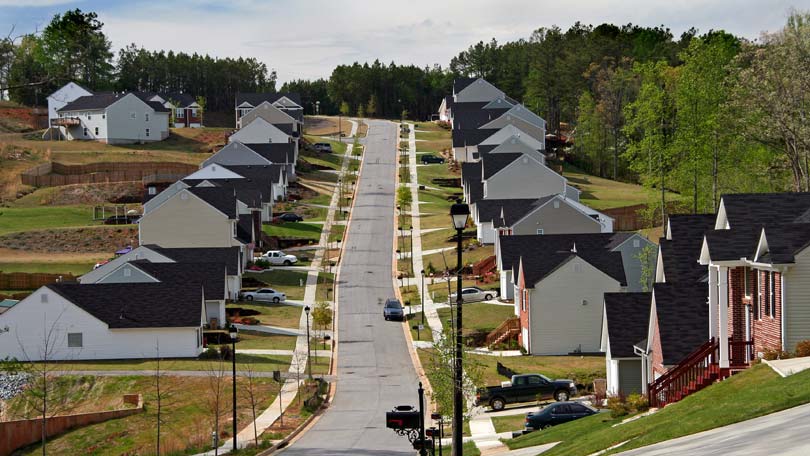