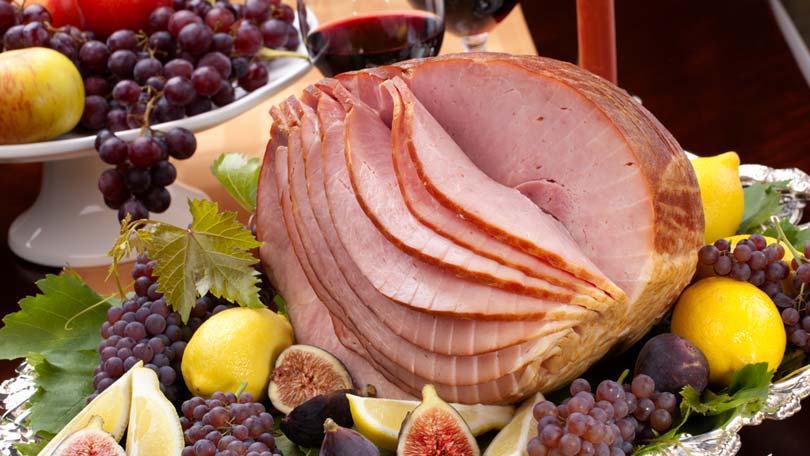 Almost everyone can remember how tasty Grandma’s cooking was at Christmas, especially the honey-glazed ham, mashed potatoes, green beans with slivered almonds and for dessert, apple pie a la mode.

You may not be able to outdo Grandma, but you certainly can do an excellent job with these helpful hints on how to shop, select, and prepare a ham. The result is a ham that tastes much better than a deli ham, a tasty creation that has every bit of your personality.

Cook Your Ham in a Cooking Bag

You can cook a ham in any roasting pan that is at least 2 to 2-1/2 inches deep. If your roasting pan does not have a cover, aluminum foil can be used to tent the ham and keep all its moist juices inside the ham. Many people have opted for cooking ham in a Reynolds cooking bag simply because there is no messy cleanup and very little to do to the ham itself once it enters the oven. In fact, the only real work is setting the timer and promptly checking the ham when the timer dings. To cook with a bag, you must accurately know how much the ham weighs.

If using the cook-in-bag method you will find a leaflet of instructions in the box with a timetable for how long to cook per pound of meat. Be sure the bag is the right size for the ham. Remember to put three to four tablespoons of flour in bottom of bag. Place ham in bag and brush on the type of glaze you want. Then seal the bag making sure to cut the three slits on each side at the top to prevent the bag from bursting when the heat from the oven makes it expand.

Also be sure to place oven rack low enough in oven so bag wont touch top or sides of oven when cooking ham, since this would cause the bag to melt or stick to oven.

If you decide not to use the bag method then just use the regular baking method instead.

Preheat the oven to 350 degrees F. Place the ham in a deep enough baking dish or roasting pan to avoid juices from overflowing while cooking. Brush on the glaze reserving some of the glaze for the periodic basting which should be done about every thirty minutes until meat is done. Then remove baking pan from and allow the ham to cool at room temperature. This makes the meat easier to slice for serving. Now it’s time to place your masterpiece onto a serving platter and garnish with a few sprigs of parsley. Enjoy.

Secrets to a Happy Marriage – Is There Such a Thing?