How To Deal With SPAM – The Edible Stuff 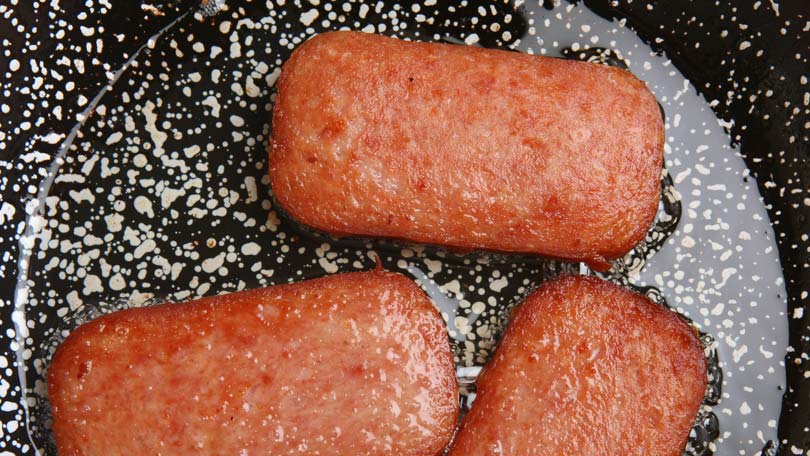 There have probably been more jokes made about Hormel’s SPAM than any other food on the planet. It was featured in a Monte Python’s Flying Circus skit, and the term has been applied to unwanted e-mails. The first Project Mercury astronauts were referred to as “Spam in a Can” by other pilots, and the name itself has been the subject of many humorous mnemonics, such as “Something Posing As Meat”, “Specially Processed American Meat”, and “Something Posing As Meat”. It has often been verbally labeled in terms that are unprintable here, mostly by former GIs who were forced by circumstances to consume great quantities of it. It has come to be associated with poverty, due to it’s reasonable cost, and wide availability.

In my opinion, Spam has gotten a bad rap, and undeservedly so. I think it’s time to educate the general public about this wonderful product, and make suggestions about how to deal with Spam. First off, SPAM does not contain any weird or sub-standard animal parts (these are reserved for souse, and other ‘specialty’ products). SPAM is made up of ham, pork shoulder meat and spices. Since it is made in Minnesota, they use Minnesota spices; in other words, mostly sugar and salt. The only other ingredients in classic Spam are water, meat stock, potato starch as a binder, and a small amount of sodium nitrate, which is in in all hams, and smoked meats. Compared to most processed foods, SPAM is at the bottom of the list for additives.

As for nutrition, a serving of SPAM (56 grams, or 2 oz.) contains 174 calories…not bad considering it’s all pork. By comparison, 2 oz. of roast beef has 132 calories, 2 oz. of ground beef-190 calories, 1 hot dog (2 oz.)-183 calories, so SPAM isn’t that bad calorie-wise. And even though a lot of the calories are from fat, it is saturated fat. These are not ’empty’ calories like polyunsaturated and trans fats are. Your body knows how to process and use saturated fats. And you can cut the fat content significantly by rinsing the gel off of the SPAM when you remove it from the can. The gel, also called aspic, is just congealed pork fat from the meat stock they pack it in, and it has nutritional value on its own, but it doesn’t hurt a thing to rinse it off.

SPAM has an interesting history. One of my personal quirks is that I absolutely hate waste, of any kind. I live by the creedo “Waste not, want not”. I re-use glass jars, margarine tubs, and anything else that can be re-used. I save vegetable and meat trimmings to make stock. The son of German immigrants, George Hormel opened a meat-packing plant near Austin, Mn in 1891. The business expanded and was very successful. WW-I brought to George’s attention the same problems that have plagued every military unit from the time of the Romans; how do you get food to troops when they are deployed far from home? Meat is vital, but very perishable, and it is not feasible for armies to carry sides of beef strapped to their backs. With the mechanization of warfare, troops regularly out ran their supply lines, which created a very real danger of the enemy cutting them off and chopping them up piecemeal. Mr. Hormel devoted much time and research into the problem, and in 1926, he supplied the world with the first canned hams, cooked, and ready-to-eat right out of the can. They were ultra portable and had an unbelievable shelf-life (for the time). The only down-side was that there was a lot of meat that went unused. Tons of perfectly good ham and pork shoulder trimmings were going to waste, at a time when many people were greatly in need of cheap food. It was Georges son, Jay, who came up with a brainstorm. After almost 10 years of development, Jay came up with a way to press the leftover ham and pork shoulder meat into a useable shape, bind it with potato starch and spice it up a bit. In 1937, Hormel marketed the product as Hormel Spiced Ham. The name lacked a little imagination, so they held a naming contest (with $100.00 and free drinks as the prize). The winning name was SPAM, which stood for SPiced  hAM. Once again, the world was gearing up for war, and SPAM was sent to the UK to ease their food shortages. When the US entered the war, the government contracted with Hormel to produced SPAM for the troops, and it proved to be a very wise move. SPAM was portable, nutritious, and could even be traded to locals (who were only too happy to have real meat) for other things. That is why in Hawaii and Asia today, SPAM is considered a delicacy. GIs wound up eating SPAM three times a day for extended periods, which is where much of the derogatory reputation  comes from. Under those conditions, even sirloin steak would become boring after a while. But it kept them alive, healthy and able to defend our country, and until the advent of freeze-dried foods (known as LURP, or MREs), it was a staple of the US military, and traveled with them everywhere.

Any food that has contributed so much to the security of our nation deserves better treatment than what SPAM has received. Thanks to a somewhat ‘tasteless’ skit done by the Monte Python’s Flying Circus comedy group, the name SPAM is now applied to unsolicited e-mails. Hormel fought the moniker, but gave up in 1991. Today, SPAM is available in a full range of flavors, from hickory-smoked, to bacon, low-salt, low calorie, hot and spicy, and even roasted turkey. SPAM has something for everyone.

Spams modest cost, and long storage make it a very good option for people with limited means. I always keep a good back-stock of SPAM and TREET for hard-times. And, SPAM is extremely versatile. I will list several of my favorite recipes, so you can all know how to deal with SPAM. Feel free to experiment. Hormels website has lots of great cooking ideas. Check them out at http://www.hormelfoods.com

I love Deviled Ham, but commercial version is expensive. Here is a way to make your own, at a very modest cost. This is superior to the commercial stuff by a large margin.

1 can of SPAM
3 Tbsp mayonnaise (a little more, or less depending on how you want the texture. More=smoother)
½ tsp garlic powder
½ tsp onion powder
¼ tsp powdered cloves
¼ tsp powdered nutmeg
optional-a dash or two of Lousianna Hot sauce to taste.
Salt and pepper to taste

Place all the ingredients in a food processor (or use a potato masher, wire whip, and a mixing bowl) and pureé until smooth. Place it in a container with a tight-fitting lid, and chill overnight in the refrigerator. Use this as you would commercial Deviled Ham. Great on sandwiches, crackers, and roll-ups.

One of my all-time favorite quick pasta dishes. You can be eating in less than 20 minutes, from start to finish.

While the pasta/noodles are cooking, dice one can of spam.

Heat Alfredo Sauce in a saucepan over medium heat. Add the SPAM, lower the heat, and simmer until pasta is done, stirring frequently.

Drain pasta/noodles, toss with Olive Oil (if you like), and plate it. Drizzle the sauce over the pasta, and sprinkle with a touch of basil.

This is a variation of a traditional Amish soup. Like most Amish food, it is simple, hearty and delicious.

In a stock pot (at least 6 quarts), melt butter over medium heat and sauté onions, garlic, celery and carrots until tender. Add stock and bring to a boil.

I got this idea from an episode of M*A*S*H, where a wounded chef prepared SPAM Parmesan for Hawkeye and B.J. I am not sure if an actual recipe existed at that time, but it does now. This is a delicious alternative to veal.

Dip the SPAM slices in the egg wash, then dredge in the bread crumb/Parmesan cheese mix. Double-coat if you want.

In a skillet,fry SPAM slices on each side in the oil until golden brown. Remove carefully, so as not to disturb the crust, and place on paper towel to drain.

Carefully place each SPAM slice in the bottom of a greased oven pan, and top each slice with a spoonful of Marinara sauce, and a slice of Mozzarella cheese. Bake in a 350° F oven for 20-30 minutes, or until the cheese is lightly browned.

Heat the extra Marinara sauce in a sauce pan and keep warm. 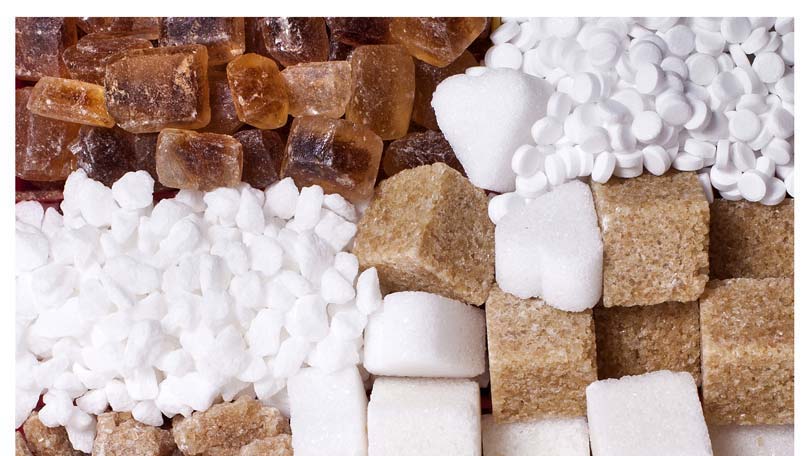 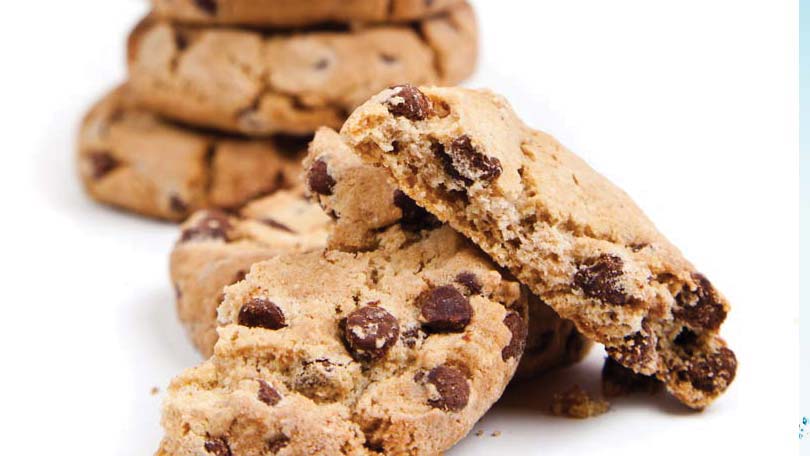 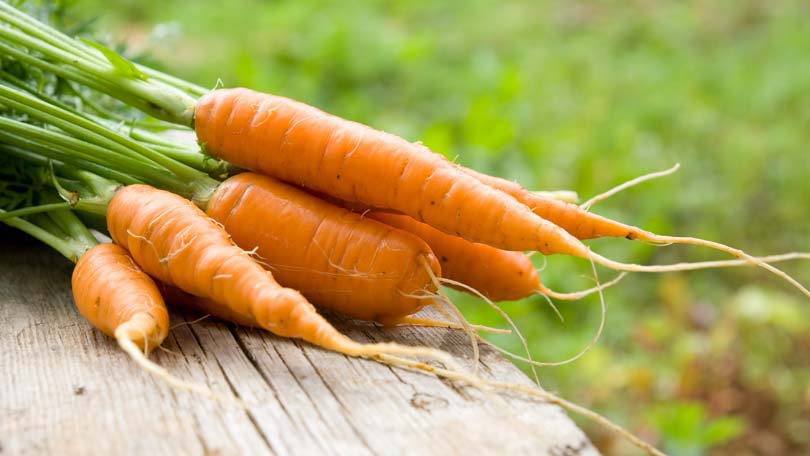 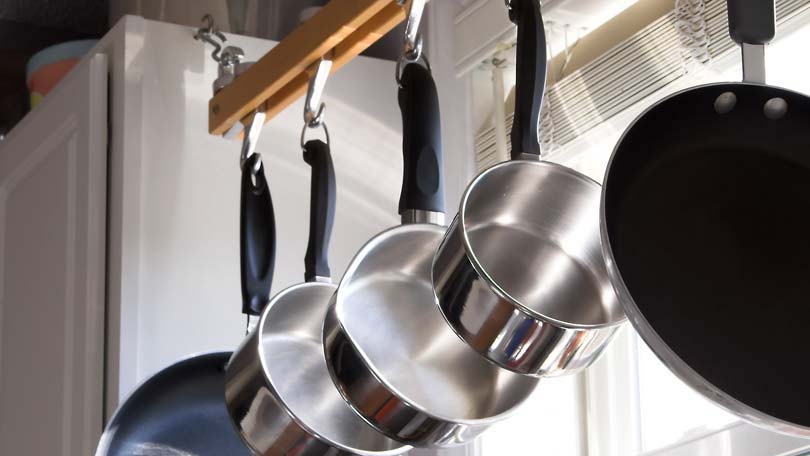