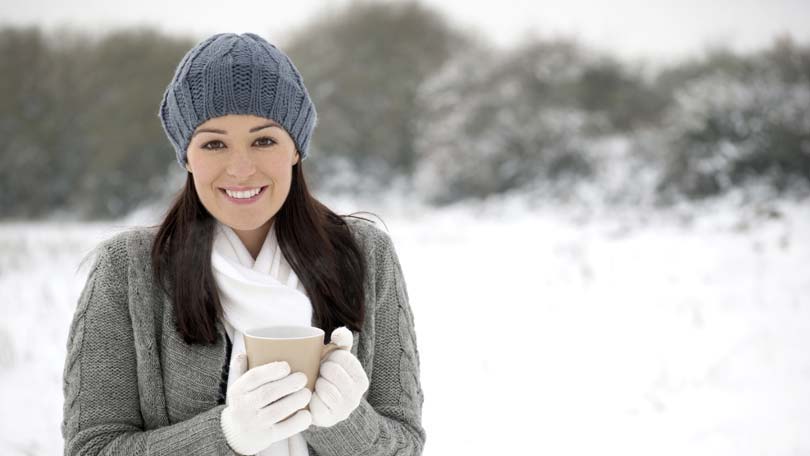 Upon waking up, a vast majority of adults in the US are almost completely dysfunctional until they have had at least one cup of coffee. Breakfast just isn’t breakfast without a steaming cup of ambition to wash it down with., right? We know that coffee does seem to enhance short-term mental clarity, and we seem to be more alert, but don’t drug addicts say the same things about their habit? If you’ve noticed an uncomfortable similarity between the two, you’re not alone. The truth is that caffeine, in the form of coffee, is the most widely used mood-altering drug in the world. Reading new studies on caffeine may make you consider how to give up the coffee habit.

Most people are aware of the fact that the active ingredient in coffee is caffeine, a xanthine alkaloid which stimulates the central nervous system. The word caffeine comes from the French word for coffee, cafè. Unlike other psychoactive drugs, however, caffeine is completely unregulated, and even listed by the Food and Drug Administration as ‘Generally Safe’. This notwithstanding the known facts that caffeine can cause sweating, nausea, restlessness, headaches, anxiety disorders, and many other symptoms, and is very addictive as well. A recent study by John Hopkins University (Griffiths RR, Juliano LM, Chausmer AL. Caffeine pharmacology and clinical effects. In: Graham AW, Schultz TK, Mayo-Smith MF, Ries RK & Wilford BB (eds.) Principles of Addiction Medicine, Third Edition (pp. 193-224).; Chevy Chase, MD: American Society of Addiction. (2003) ) positively identifies caffeine as an addictive substance, and mapped out the addiction and withdrawal mechanisms. This could lead to caffeine being rightly considered a ‘drug’ and Caffeine Dependence, and Caffeine Withdrawal to be listed in the Diagnostic and Statistical Manual of Mental Disorders, or DSM (the ‘Bible’ for diagnosis and treatment of psychiatric disorders).

Can caffeine kill you? Probably not. At least not directly, but the long-term effects of regular caffeine consumption have never really been studied. We’d probably all be healthier without it, but that’s also true of a lot of other common things we do. Since we do know that caffeine effects circulation and has other physiological effects, there could be a correlation to cardiovascular disorders. We do know that caffeine can cause anxiety disorders, which, while not fatal in and of themselves, greatly affect the quality of life, and could contribute to depression, and suicides. Further study is absolutely warranted, but there has never been any pressure to do the studies. After all, the FDA says caffeine is perfectly safe, and they are the experts, right? (Excuse me…I need a minute to stop laughing….). Remember, these are the people that brought you Thalidomide, Fen-Fen,’  and a whole host of other goodies, that were later pulled from the market after lots of people suffered irreversible damage from them. The FDA doesn’t test anything. They just take the companies word that the products are safe, and require the testing paperwork (which could be, and has been easily faked before) to be on file. Another good reason for trying to figure out how to give up the coffee habit.

To understand why coffee addiction is taken so lightly, it is helpful to understand the history of coffee use in the US and Great Britain, to see how this situation came about. There is no history of coffee use anywhere in the world before the fifteenth century. Using coffee as a beverage started in Ethiopia, and by the early 1600s, had spread across the Middle East, into Europe, and even made it into the American colonies. Coffee never had a large following among the English, and their colonies because Great Britain had control of India, giving a source of cheap teas. Tea quickly became the British tradition that it remains today. Likewise in the American colonies, until a really bad political decision forced a change of attitude towards the Mother Country. In the late 1700s, Great Britain was reeling financially from the expenses of maintaining its far-flung empire. In desperation, King George, and the Parliament looked to the colonies for funding. For several decades, England levied tax, after tax, after tax on the colonists, all without allowing them any representation in Parliament, or having any input in the process. This generated massive general discontent with the colonists, and passage of the Tea Act in 1773 was the straw that broke the camels back. Most of the other ports in the colonies refused delivery of tea sent over from England, but in an extreme act of stupidity, Boston Royal Governor Thomas Hutchinson would not allow the colonists to refuse delivery, resulting in the historic act of vandalism and resistance known as the Boston Tea Party. Britain had no control over the world Coffee Market, so from that day on, coffee was the beverage of choice in North America. Tea was shunned by all but the most tenacious of Britophiles. Coffee soon became as big of a social custom in the United States, as Tea was in Great Britain. It became bad form not to offer guests coffee, and no restaurant would think about not having coffee on the menu. Coffee companies became very politically powerful, and in 1952, the Pan American Coffee Bureau was successful in getting Labor Laws passed that required all companies to provide a ‘Coffee-Break’ to it’s workers at periodic intervals. The Coffee Break is uniquely ‘American’.

With this kind of history, and the political clout of the large international coffee companies, it is easy to understand why there is no great pressure to study the long-term health effects of coffee. Look how long tobacco companies reigned supreme until science and politics finally caught up with them. Actually, the health risks of cigarettes were known for quite a long time before anything was done about it. It was all through public pressure before something significant was done about the problem. Coffee will no doubt follow the same course.

If you are genuinely concerned, you can get ahead of the game easily. You can forego coffee (I know, other things have caffeine too, but none to the extent of coffee, and you can give those up too, if you want….) altogether. Depending on how long and how much coffee you are used to drinking, it may not be advisable to stop cold-turkey (all at once). Since caffeine is an addictive substance, there are bound to be some physiological symptoms related to a lack of caffeine in your system. In other words, you will most likely experience some withdrawal symptoms, just like a cocaine, or heroine addict does, although to a much less dramatic extent. You can expect headaches, restlessness, mild depression, anxiety, and other symptoms, but they will be be short-lived. If you can hang-tough for a few weeks, you will realize some immediate improvements in your mental and physical health. This may sound weird to you, but medicine still follows the laws of physics, just like everything else in the real world. You can’t get something for nothing. The added boost you get from caffeine comes at the expense of something else. When you eliminate caffeine, you get the ‘something else’ back. This is usually a marked increase in energy, less procrastination, and generally, a better attitude towards life in general. Your sleep patterns will improve ( most people need coffee because they don’t get enough sleep in the first place…), along with your appetite, and general zest for just living.

The best way to quite coffee is to try to taper off gradually. Keep a log of your coffee consumption (this will probably scare you, because most people drink way more coffee than they think they do), and try to replace one or two cups a day with another beverage. Good choices are teas, especially herbal teas, which are caffeine free for the most part, juices, and plain old water. Do this for a week, then replace another cup or two of coffee with something else. Keep this up until you can get through a week with no coffee at all, and you’ll be free. Another option is to try to replace a few cups of coffee with DE-caffeinated coffee. Gradually increase the replacements until you are no longer drinking regular coffee. This has worked for some people. Others find the DE-caffeinated offerings distasteful. If you want to ‘get it over with’ quickly, and go Cold-Turkey, try to pick a time with the least amount of mental stress. Be prepared to deal with depression and anxiety, and have a support system in place before starting. It might be helpful to seek the advice of your physician before starting any caffeine-elimination program. They can tell you the best advice on how to give up the coffee habit.

However you decide to proceed, I wish you the best of luck. 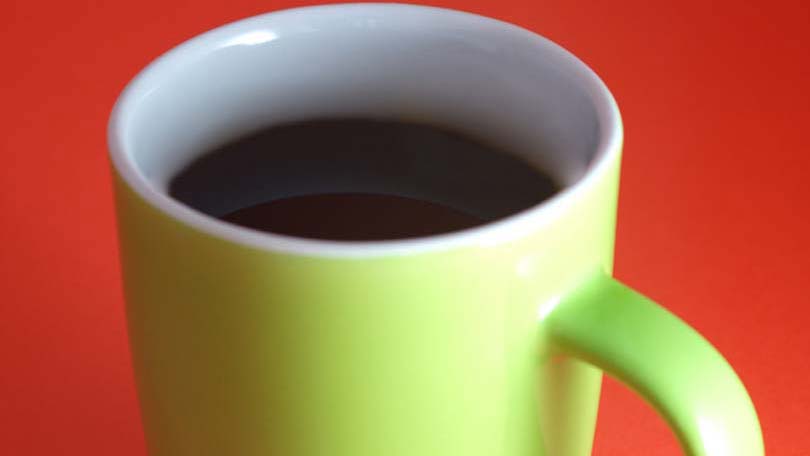 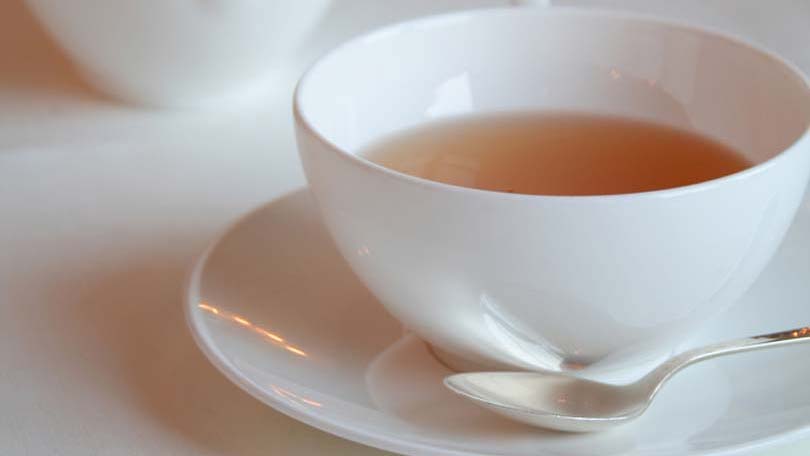 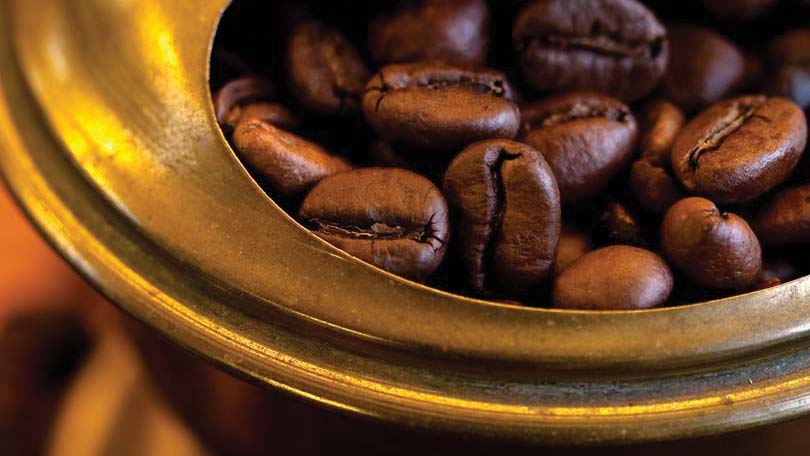 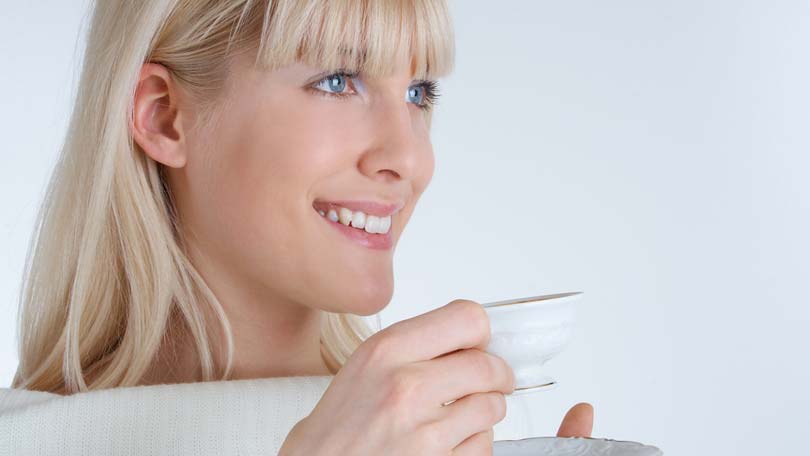