How to Stop a Child from Whining

Home » Family » Children » How to Stop a Child from Whining 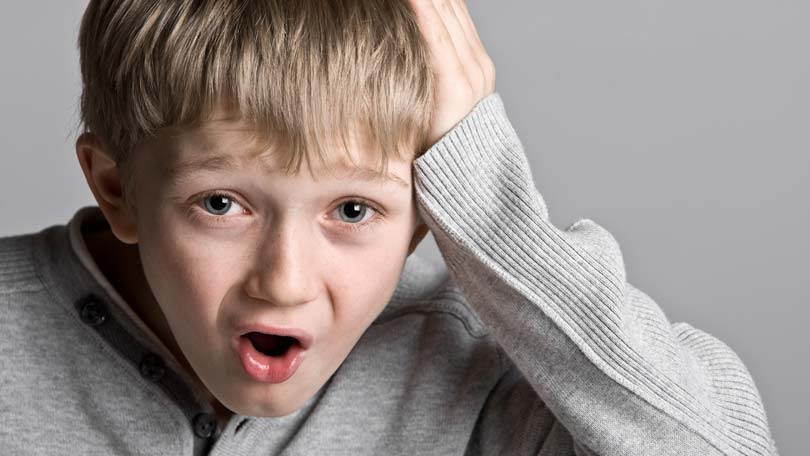 Out of all the things that parents have to endure in their role as mom or dad, whining is perhaps the most annoying. The sound of a child whining is much more debilitating than fingernails on a chalkboard and can cause even the best parents to anger quickly. As soon as the sound begins to emerge from your child’s throat, your entire body tenses up and you immediately question everything that you have ever done for your child – knowing in that moment that you have overindulged and created a completely spoiled brat. In other words, you are a terrible parent!

The problem is that if you have a child that whines all the time (and who doesn’t) teaching them to stop is difficult. This is compounded by the fact that it is easier to give in and have them shut-up, than it is to try and teach them a lesson. But you got to do it, no matter how painful.

Step one if your child is a whiner is to figure out why. Are they cranky? Are they getting enough sleep? Are they whining because some need of theirs is not being met, or are they just whining to get your attention? If they are whining to get attention – have you taught them that whining is what gets it? Is your child over sensitive to things around them? When you begin to approach the question of how to stop a child from whining from this angle, you will be able to better ascertain exactly what the problem is. Some kids whine because that is the only way to get their parents attention (even if it is negative) and because they have been taught through trial and error, that whining works. Case and point…a two year old will whine incessantly to get picked up, because they know that mom will always pick them up. If it works, then why not?

If your child whines because they simply don’t know how to control their emotions, use their words or find acceptable means of communication – then you need to think about what you need to teach them. For young children, making it very clear that you will not respond to whining (in any sense) and empowering them that they can find a fully acceptable way of communicating without whining can make a difference. Some kids don’t even know that they are whining. You have to be frank with them, void of irritation and tell them “you are whining and until you can talk to me without whining, I will not listen!” End of story. Then you have to do the hard part which is to follow through. Don’t keep reminding them of the rules, don’t further frustrate yourself and definitely don’t throw up your hands and give in.

Whining can also be a symptom of stress and depression in children. Even young children show signs of mental anguish that present themselves by whining. They may be so frustrated by their feelings and their inability to express themselves that they don’t know what else to do with themselves. If there is family trouble going on, you will probably notice that whining will soar to all time highs. If this is the case with your child – then learning how to get them to stop whining involves learning what is causing the trouble. Sometimes, things are obvious with children. You never really know how they feel at school, how they are being treated by others, or how they feel about things in their life that are important. So ask. Try to teach your child that they can talk to you about anything – and that perhaps their emotional whining is due to stress triggers that they are feeling.

Speaking of triggers, it is essential that parents notice whining triggers. Do they only whine when they don’t get their way, or do they seem to whine only when certain people are around? It is common for children to pick up on stimuli given by people like grandparents – that indicate whining will be more useful and acceptable. If this is the case, you have to talk to these other grown ups and make sure that you enforce your no whining rules even in front of company. Kids rely on the fact that just as they will have better manners when Uncle Harry is visiting, so will mom and dad. And whining can follow.

How to get your child to stop whining can really be a simple task. You probably don’t have to look very far into the issues; and will realize almost immediately that your child whines because it works. Essentially, your kid is trying to wear you down like an eraser and they probably even pick times of the day when you are most tired or frustrated to start whining. This can be a combination of your emotions and the fact that they know you don’t have much fight left in you. If they whine and you have worked through the rhymes and reasons why, given them alternative behavioral methods and enforced the fact that you will not engage in the whining – you must find a discipline. One thing that works well (especially with young children) is to reward them when they don’t whine. When you see your child asking politely, waiting, and showing self-control, you can reward them with something meaningful to them. After they have filled up a jellybean or penny jar, they can earn a prize. The prize doesn’t have to be fancy or expensive – but rather something that in the past, they would have just whined about to get.

One more thing. There are plenty of parents who whine too. If mommy whines to daddy, or whines to the kids – and it works for you – then your children are being taught that this is an okay way to be. As a parent you have to be careful what you say in front of your children, whether you are whining to your own mother or a bill collector. Your children are listening.