If Sex is So Good for Us, Why Don’t We Do it More Often

Home » Relationships » Marriage Advice » If Sex is So Good for Us, Why Don’t We Do it More Often 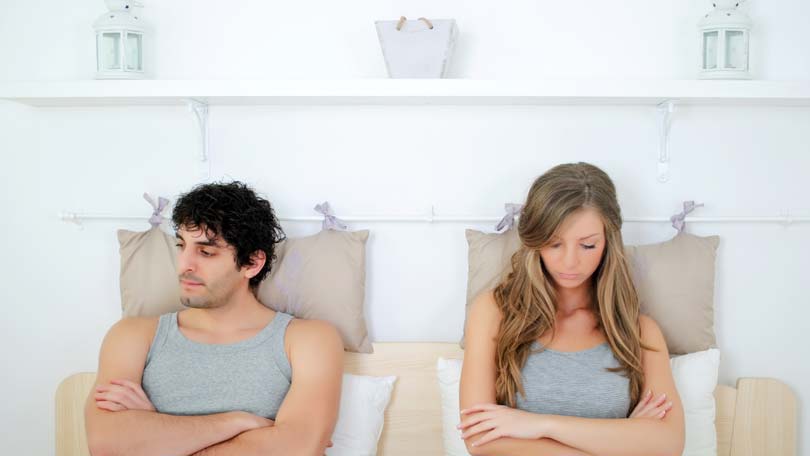 You don’t have to know anything about medicine, or health for that matter to know that sex is good for you. In fact, unless you are some sort of perverted addict who has sexual issues, you will never hear otherwise. Sex is a good thing. It makes us feel good. It is good for our health, for our relationships with the people we love. It helps keep us young and it is a universal desire of every human being on earth. By our creation, we are sexual beings.

So here, you have one of the most natural, comfortable and enjoyable things in the world yet so many darn people seem to be forsaking it. You hear about husbands and wives who haven’t touched each other in years. Women who have never experienced a real orgasm. Men who are unable to have an erection. Couples who cheat on one another (because of the lack of sex in their relationship). In fact, the world is flooded with information that seems to say one of the most natural things in our world is increasingly difficult. Bottom line, is if sex is so good for us, then why don’t we do it more often? Seriously, what the heck is wrong with us humans?

According to a sex survey. A LOT! In early 2011, Playboy the leader in the sex industry surveyed over 66,000 people. The survey was revealing about just unhappy most of us are with our sex lives. Take at look at some of the results.

These are staggering statistics. And worse, other credible sex surveys have shown that couples on average, have sex less than 10 times per month after the first year of marriage. And in the subsequent years after tying the marital knot, the numbers drop even more. According to Psychology Today, as many as half of all marriages today are sexless, and sex is often the number one reason that couples divorce.

What is really going on here? Analysts and experts have been trying to figure that out for years. It boils down to the fact that while sex is a physical act, like running or talking it is also a very emotional one. With sex, comes hundreds if not thousands of years of ideals and mind conditioning that has been passed down since antiquity. Rather than sex being a normal part of being human, people today see some sanctity associated with it that takes away the innateness of its potential.

For instance, some people see sex as a dirty thing. They feel guilty for their sexual needs or desire or experiences based upon religious beliefs, or because of morals that were passed down from their parents. It can be difficult for people to verbalize their feelings about sex because it is seen as risky of criticism. Others see sex as something negative or hurtful, depending on their experiences of it. Even movies and mainstream media depict sex in a sneaky, almost gritty form that makes it seem as cursed as the apples in Eden. People have a hard time rationalizing their physical embodiment of sex, with their mindful stirrings which causes quite a lot of disruption when it comes to having sex and enjoying sex.

Plus, there are so many stereotypes associated with sex, that people often get confused about their natural inklings and feelings when they are having sex. People have also bought into beliefs that seem to perpetuate the negativity of sex, which makes them less prone to have it. For instance, couples often believe that every little thing that occurs between two people has an effect on their sex life, when the reality is that the relationship and the sex can exist on completely separate planes of existence.

Since Greek mythology, sex has existed only as an extension of love, when the truth is that humans are sexual creatures even when they are not in love. In fact, basic sociology proves that human beings are instinctively sexual creatures, and operate under the same principles as the rest of the animal kingdom. Just as a male animal is drawn to a female animal when she is ‘in heat,’ or ‘in season,’ humans emit these same pheromones. But are taught to ignore them.

There is no easy way to rectify the current sexual situation that is going on in society. People are disturbingly torn between their instincts and their mind when it comes to their sexuality. People are afraid to be honest and open, forthcoming and often have such remorse or guilt associated with sex that it can be a difficult thing to just enjoy. In other words, the reasons that people are not having sex the way they should is because the mind, which can be the greatest sexual tool ever, has gotten in the way of our sex lives.

Perhaps the easiest way to better the sex in your life, is to just do it. In the infamous words of Nike, maybe the time has come to realize that while you are thinking and emotional creature, you were also beautifully designed to be a sexual one. Bottom line, is sex is good for you. You should have it often. You should be able to enjoy sex with your partner without being bound by emotions and thoughts that do nothing but to disservice you in the bedroom. It is what your body was designed to do, regardless of what your mind thinks.