If You Think You Are Tired Now, Wait till You Have Children

Home » Family » Children » If You Think You Are Tired Now, Wait till You Have Children 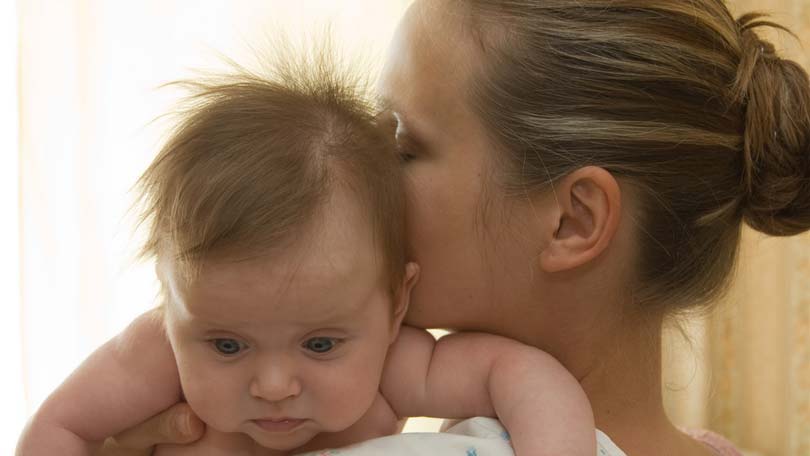 The life of childless couples is one that is coveted by so many people who have taken the plunge into parenthood. Oh, the days of sleeping on the weekends as late as you want to, going out to dinner at midnight if you are hungry, and lazily snuggling on the couch seem like a fantastic dream to most parents. If only, for one weekend, they could have the luxury of being childless again. It isn’t that parents are regretful of procreation or don’t like their kids, but rather that being a parent is the most tiring, most completely exhausting thing on the planet. Seriously!

The funny thing is that so many people today complain of being tired. Your co-worker comes into work on a Monday morning moaning and groaning about how tired they are because they went to a bar and watched Sunday night football. Your neighbor has been burning the midnight oil to try and finish a large project and complains about being exhausted. Your college student friend is whining that they just don’t get enough sleep. Compared to the world of parenthood, these types of tired are breeze. These people always have the next day, or the next weekend to make up for their lost sleep. These tired folks don’t have to go home exhausted and then turn on the charm for a house full of toddlers who expect to be read to, fed dinner, and bathed in a true Disney fashion.

Bottom line. If you think you are tired now, just wait until you have children. Then, and only then can you really talk about being tired.

Parents are the most tired group of people in the world. Why? Because being a parent is a never-ending bout of exhaustion. And no matter how tired a parent is, there is always something else that has to be done. You don’t find a bunch of parents lying around on the weekends trying to make up for lost sleep. Why, you ask? Because they have likely been woken up by a chorus of demanding children jumping on their bed poking their fingers in mom and dads eyeballs and pulling their toe hairs. Seriously! When children wake up in the morning, they are ready to go and don’t have any inclination to be quiet or sneak around the house. Instead, they are like the alarm clock you never knew existed, one that could definitely be used in some sort of ancient torture chamber.

Then, once they are out of bed, come the demands. Fix me this, I am hungry, I want to play, I am bored, I want to watch my shows, I need to poop, come wipe my butt. Blah, blah blah. Those days of waking up and relaxing, having sex and maybe rolling over to half watch a movie in bed on a comfortable Sunday morning are over.

Plus, a parents life has not time off. Most people have ‘quitting time,’ but for parents there is no such thing. Instead, they are required to quickly and effortlessly switch hats from being a working parent to being, well, a working parent. But trust us, if you think your adult boss is bad, you should try working for a motor mouthed 5 year old who wants to build sixteen Lego towers just so he can knock them down over and over again. (And you thought your day job was tiring?) This same pint sized boss will not allow you to just veg out on the couch, watch a talk show, and will not be happy with Chinese take out for dinner.’

Another aspect of ‘tired’ you never understand until you are a parent, is the ‘up all night but not really’ way that a parent operates. See, when you have kids in the house there is no such thing as a sound sleep. Every little sound is amplified 1000%. You also know that at any given moment, you could be sharing your pillows and have your blanket stolen by a child who had a bad dream. Plus, there are the midnight feedings which always seem to hit when you hit the first minute of REM sleep, and that make it nearly impossible to go back to sleep. And if you think sharing your bed with a dog or spouse who snores is bad imagine sharing it with a child who kicks you in the ribs, slaps you in the face, and wiggles around all night long. And as stated before, there is no time to make up for this lack of slumber.

Parenthood is the most sleep depriving profession in the world. It starts with infancy, and colic and babies who cannot tell their days from their nights and it ends with teenagers who are sneaking out of windows or are late returning from curfew. From the moment you become a parent (and this starts with pregnancy for women), you become more tired than you ever thought possible. Tired becomes not just a feeling but also a way of life. Tired becomes your best friend and your worst enemy. If you were to ask any parent alive today, what they would love to do if they didn’t have children likely 90% would choose sleep over sex any day of the week. And for those that choose sex, they will likely find that they are too tired for that as well.

If you think you are tired right now, just wait…until you have kids.