Importance of Hugs in a Marriage

Home » Relationships » Marriage Advice » Importance of Hugs in a Marriage 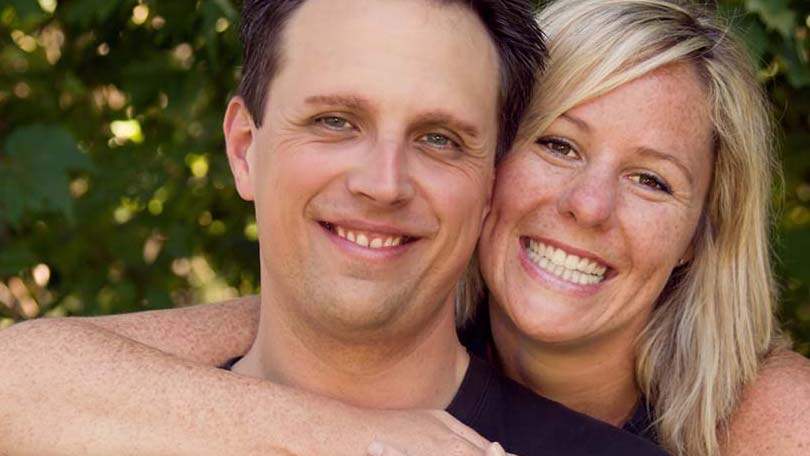 Being physically close gives you hundreds of opportunities to hug your spouse. These hugs can be spontaneous or deliberate. But when couples can’t be together because they’re on business trips or assigned to a foreign country, what do they do? They speak on the phone and whisper sweet nothings after they’ve talked about the late mortgage payment and the kids’ dental braces, or they sign off their e-mails with ‘hugs and kisses.’

When the man of the house the breadwinner gets downsized by his company, he comes home, looks at his wife and says, ‘I could use a hug right now.’ Or when the wife commits a serious flop during her piano recital and breaks down crying, the husband instinctively puts his arms around her, holds her close and says, everything’s okay. It’s only a piano recital. Your playing was brilliant.

Call that a hug diet if you want, or a hug regimen – but 12 hugs a day for growth isn’t asking too much, is it? If you were to spread that out in a day, the frequency of those 12 hugs could look like this:

You might say, ‘that’s a bit much, it just doesn’t happen. Husbands and wives don’t hug that often even if they’re newlyweds, and that can become a tiring schedule.’ We agree, so how about trimming that down to just 8 hugs? After all, Virginia Satir does say that 8 hugs are all we need to maintain a relationship.

Dr. Miriam Stoppard, a UK doctor, also said that the secret to a happy marriage is to give your spouse 4 hugs a day. You’re saying, ‘okay, that’s more like it.’ But whether it’s 2, 4, 6, 8 or 10, the core truth remains: hugs are a natural remedy to relationship ills, a boost to one’s immune system. A powerful but safe pain killer.

That question ‘why hug’ is like asking why drink water? Water keeps us alive. Didn’t a scientist once say that a human being can go without water for 72 days? Hugs keep us alive. They sustain a relationship, and they do erase the day’s problems and frustrations.

The science of touching has intrigued researchers for decades. Touching a stranger invites trust and honesty. Imagine if you touched your spouse several times a day. They say the more you hug, the more trust you feel and the more honest you become with your feelings.

We watched a movie once about some orphans in Eastern Europe who had been abandoned. As babies, they were put in orphanages where they were left in their cribs for hours with no one attending to them. When these orphans were older, they had significant behavioral problems, a few of them exhibiting apathy, resentment and even some physical violence.

In a separate study, infants who were not touched had died from a disease called Marasmus. This is a Greek word that means wasting away. From a medical point of view, however, this disease is most commonly associated with children in developing countries five years old and younger who suffer from nutritional deficiencies during infancy. This deficiency in turn makes them develop gastroinstestinal disorders and infections. One of the components of Marasmus is PEM (protein-energy malnutrition).

But it is also plausible that Marasmus is linked to a deficiency in touching. Without human touch, a person will just wither and waste away.

Importance of Hugs in Marriage: Benefits

One can’ deny the benefits of hugging in marriage: When you hug your spouse, you’re communicating non-verbally. You’re transmitting eloquent and sublime messages like:

Hugging produces positive brain waves and reduces stress and anxiety levels. It’s the most natural cure available. It’s potent, habit-forming and has side effects positive side effects, that is.

You know what’s one of the most beautiful sights in the world, apart from the Himalayas and the Pyramids of Egypt? It’s a couple in their 70s who are hugging in public, oblivious to the world, staring into each other’s eyes like it was the first time.

On a final note, and this is addressed to the men: when your wife or girlfriend asks you for a hug, it doesn’t mean she wants sex. You know how some women want to just cuddle, especially when they’re feeling low and insecure? Please don’t read it as her version of foreplay. She really only wants to cuddle, to hug, because she’s thirsty for your assurance. Don’t ruin that special type of intimacy by thinking ahead of your favorite the Kama Sutra position and trying to remember where you put that box of condoms.

The Canadian Oxford dictionary defines a hug as: a strong, especially affectionate clasp with the arms; to squeeze tightly with one’s arms. Don’t let your imagination run wild and think the notion of sex is found in between those lines.

Reach…reach out and touch your spouse. Last time we checked, it’s still free!