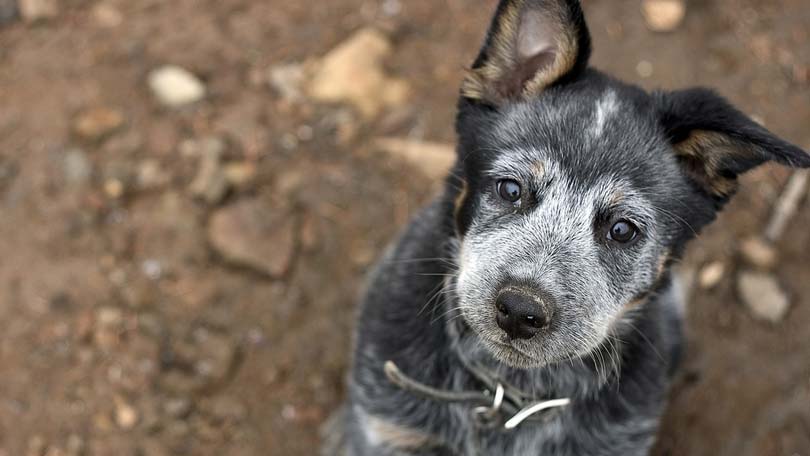 Intestinal parasites are a fact of life in dogs. Every day, dogs are exposed to intestinal parasites, and these worms pose a serious health threat to both your dog and your family. Parasites can have an array of debilitating side effects in dogs, and even be a cause of death in extreme cases. Fortunately, parasites are both highly preventable and treatable, and parasite detection should be an important part of every dogs wellness programs.

Roundworms are one of the most commonly seen intestinal parasites in dogs. The worms are present in the soil, and can dogs ingest the contaminated dirt and become infected. Although roundworms are not commonly active in most adult dogs, puppies are especially susceptible to their presence and side effects. As many as 85% of puppies are born with roundworms, and parasite eggs can be transmitted to them through the milk of their mother. As the eggs hatch in the intestine, the larva is then carried to the lungs via the bloodstream. From the lungs, the worms crawl up the windpipe and cause gagging and coughing, before returning to the intestine to grow into adults.

Roundworms can grow to up to seven inches long and appear spaghetti-like, long and thin. Roundworms mature quickly, and severe side effects of may begin to be seen in puppies at only a few weeks of age. A pot-bellied appearance, poor growth and a rough, dull hair coat are signs of a worm infestation. Diarrhea and vomiting may be present as well, and the dog may expel worms in their stool or vomitus. If allowed to continue unchecked, the worms can cause pneumonia, intestinal obstructions and death.

In the adult dog, tapeworms are the most frequently observed and reported parasite. Along with roundworms, they are one of the few worm species large enough to be seen with the naked eye. Fleas carry tapeworm eggs, and when a dog ingests a flea, he can then becomes infected with tapeworms. The worms appear in the stool as grains of rice, and may also be present on the dog around the anus. Tapeworms flourish by absorbing vital nutrients in the intestines, and affected dogs may begin to loose weight, have trouble gaining weight, or begin scooting their hind end.

Hookworms can be seen in dogs of all ages, but are most common in warmer, humid climates. Transmitted by ingestion of contaminated feces, mature hookworms attach to the lining of the intestinal tract and feed on the blood supply there. In pregnant dogs, the hookworms migrate into the fetuses, and begin to infest the puppies before they are even born. Hookworms in puppies can be devastating, as they can cause severe anemia, weakness and bloody diarrhea. Infestations in older dogs tend to be less severe, but can also cause weight loss, diarrhea and poor hair coat.

Whipworms are a less common parasite, but their presence is more difficult to detect and treat. Acquired by ingesting eggs from contaminated feces, the whipworm spends several months burrowing into the lining of the large intestine and cecum.

Giardia is an intestinal parasite caused by a single-celled organism that lives in the intestines of infected animals. Recent research has shown that Giardia is present in up to 11% of the general population of pets, and as many as 50% of puppies. Giardia can be transmitted from pet to pet, through contaminated feed or water, and through the soil. Pets who attend dog-park, doggy day care or are kenneled are at higher risk for infection. The most common symptom of Giardia is diarrhea of varying severity. However, many animals who are infected with Giardia show no symptoms, which makes routine testing even more important.

Coccidia is another single-celled organism that infects the small intestine of dogs. Dogs with coccidia may show know signs of illness, and some may have severe bouts of watery stools and bloody diarrhea, vomiting, depression and fever, and even death as a result of severe dehydration. These severe side effects of coccidia are most common in puppies and adult dogs suffering from other illnesses.

In humans, roundworm eggs can be ingested from eggs that have passed from the dogs feces into the environment. Roundworm eggs hatch in the human intestinal tract, and from there, travel to other parts of the body, including the eyes and brain.

Walking barefoot on contaminated soil provides an ample opportunity for infection of hookworms. The larvae can penetrate through skin, causing itching and localized skin irritation.

Giardia can also be transmitted from infected pets to humans, as well as from contaminated water sources. Giardia causes gastroenteritis, diarrhea and if left untreated can cause malabsorbtion of nutrients, abdominal pain, nausea, and vomiting.

In puppies, a strong deworming program early in life will help set the stage for a stronger and healthier dog. Broad spectrum deworming is often used every few weeks on growing puppies to ensure that parasites are not posing a health risk.

Dogs and Heartworms – Getting Rid of the Parasite