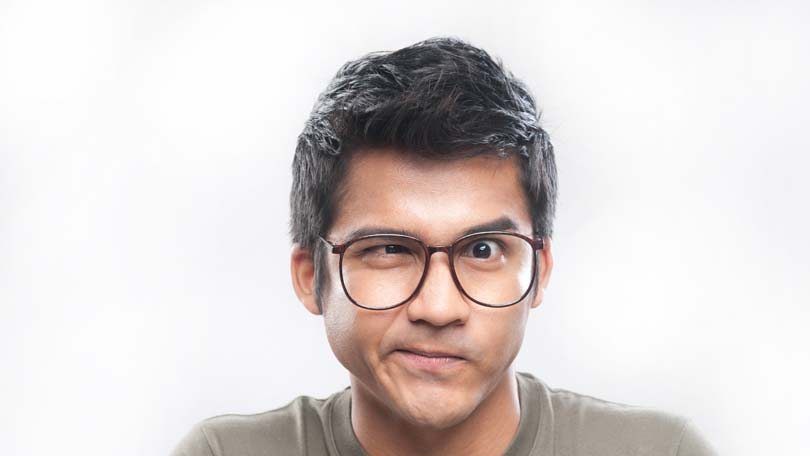 Beware! At this particular point in time, your life may be more or less perfect. You might never imagine a time where the piles of toys on the floor, the empty bank account, the constant pitter-patter of growing feet, the lack of sex, the piles of dishes and laundry and the in-laws who won’t leave you alone, will push you over the edge. But they will. And it normally happens without warning. One night you go to bed and the next day you wake up feeling like your entire life is in shambles. And that Lego that you stepped on as you made your way to the bathroom first thing in the morning – which hurt like hell by the way (which you told your son to pick up the night before) will be just the trigger. Suddenly, everyone will be wondering what in the hell is wrong with daddy. (Or Mommy for that matter). ‘Hey mom!’ ‘Is daddy losing his mind,’ they will ask scratching their heads as if they have no idea why he’s ranting and raving like a lunatic?

As the responsibilities of marriage and raising children takes it slow toll on you and your relationships, you might at some point, snap. And not snap like a dead branch blowing in the wind during an evening storm, but SNAP like a mighty oak tree being uprooted by a tornado. And just as the oak tree is completely destroyed from the storm, you will never be able to go back to normal.

Let’s face it. Every person on the planet has his or her breaking point. And after you have thrown around the idle threats for years, gently explained the rules of the house (over and over again), had conversations about the things that bother you, let people know what you expect of them and generally tried to remain calm for years – enough will become enough. It is difficult as a parent or spouse to understand why the people in your life who you no doubt do a lot for cannot respect you enough to follow a few rules. Or to at least avoid doing the things that drive you crazy. Truth is, each and every one of us has little pet peeves that can send us reeling into a bad mood. You have told your son to pick up his toys before bed six thousand times, why doesn’t he do it? You have asked your wife to please just put her shoes in the shoe cabinet, or hang up her coat or put her keys up 9 million times. Why can she not just do it?

One of the problems with people losing their minds, snapping, reaching a breaking point or just feeling like the world is going to end because of something seemingly unimportant, is that it was a long process in the making. People don’t go crazy over night. It takes years of having to put up with the same crap over and over again, having to have the same conversations time and time again before it becomes a problem. Most adults allow things to roll off their back and they try to ignore the little things (which there are many of) for as long as possible. Then, eventually it hits them. That not only have people not been listening to them but that the people they love the most don’t have the respect for them to follow a few simple rules. This quite simply equates to being taken advantage of.

So how do you avoid this mental breakdown that has everyone wondering if you have lost your mind? The easiest way is to lay the groundwork from the beginning. If something bothers you, even it is miniscule voice your concerns and your opinions. Far too often, people are labeled as being in ‘bad moods’ because the house is messy but don’t truly express that they are plain TIRED of the mess altogether. You might snap at your spouse or your children on occasion because of bad manners, or because they are always running late but don’t necessarily describe how stressed out their behaviors make you feel. Eventually one misdeed leads to another which leads to another and then suddenly you are the big oak tree being uprooted. It might look like you are mad about the stupid Lego, when in truth it is the specific point of the matter. If you are proactive from the beginning and make sure that boundaries in your home are firmly set, you will find that things won’t have the opportunity to build up over time.

One creative way to do this is to hold a weekly family meeting where everyone can talk calmly about the things that are bothering him or her. Allow every member of your family to put their issues on the agenda, come up with solutions that are viable and that work for everyone, and be solution minded. This ensures that you are being listened to, and listening to others along the way. It is also important to come up with consequences. If one father who has fallen off the deep end says he is going to throw everything left in the family room in a trash bag to be donated to people who need it then he has to follow through. It will likely only taken one or two favorite items donated to charity before the rest of the household realizes he means what he says.

Each and every one of us has different ways of living. Marriage and raising families is partly about learning to live with one another bad traits and all. And it is also about learning to respect one another’s ideals of what is right and wrong. Certainly, one person alone should not dictate the rules of the house or ‘be the boss‘ so to speak. Instead, work together and be honest about your irritants before you lose your mind.