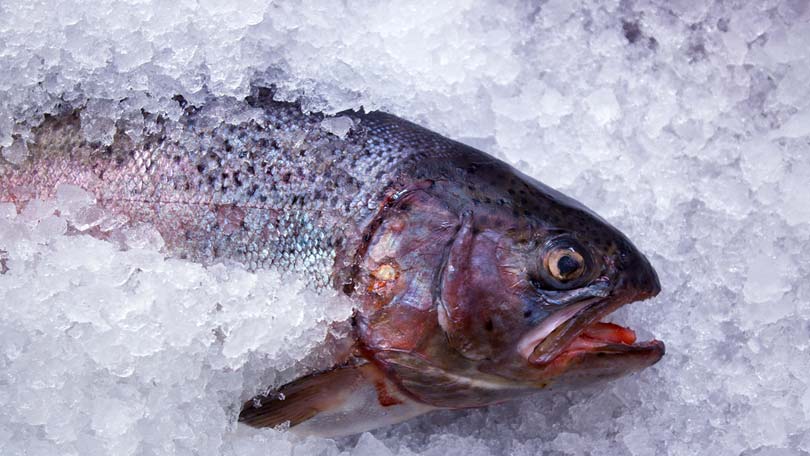 More and more it seems that truth and justice are just passing footnotes in history books. Especially in the U.S., our own government lies to us, seemingly on an almost daily basis, so why should we expect anything more from anyone else? Even when we are buying groceries, harmful chemicals and additives are labeled as something else, so you may think to yourself, ‘Is the fish you’re buying properly labeled?’

Of course, that could never happen because we have the FDA (U.S. Food and Drug Administration) to inspect our food, make sure that it is properly labeled, and contains no harmful ingredients, right (pay no attention to the hysterical laughter in the background….) ? In reality, the FDA is one of the most useless organizations ever created. Here is what we get for 4.3 billion hard-earned tax-payer dollars annually:

By now, you are probably really wondering, is the fish you’re buying properly labeled? With all this information now available to the FDA, you’ d think they would round up the Food Police and conduct raids on these rouge retailers and distributors, and shut them down. You’d be wrong. The FDA has….actually done absolutely nothing.

That’s right, the FDA has done nothing to address this problem. Now, if you were to take a common herb, say valarian root, that has been safely used for thousands of years to help people relax, and has European studies to back it up, and sold it to people, and actually told them it would help them relax, the FDA would be on your doorstep within 48 hours with armfuls of court orders, and the police to arrest you for violating the Food Supplements regulations. But, you can take a critically-endangered species such as a Mekong River Catfish, and sell it to someone, telling them it is grouper, and face no risk of prosecution, or any repercussions whatsoever. Bureaucracy at it’s best.

Cows, pigs, chickens and other meat animals all have a record of the chain of custody, from farm-to processing plant-to store, so if there are any problems, it is easy to trace it to it’s source. Even vegetables have a chain of custody record, especially things known to cause serious allergic reactions, like peanuts. But guess what? Fish records are not kept at all, so there is no way to find out where the switch was made…at the store, the distributor, the broker, or the boat.

Seafood is a multi-billion dollar world commodity. As of 2012, over 91% of seafood sold in North America is imported. To give the FDA credit, they actually inspect imported seafood…..a whopping 2% of it. But, of course, they do not inspect for fraud, or have any protocols for dealing with it.

It may not seem like such a big thing, but besides the fact that it is cheating, and dishonest, there are some very real hazards to health, and the environment from this practice. Some people have allergies to certain types of fish, and they need to know what they are buying. Consuming Escobar can cause severe gastrointestinal health issues. Many of the substitute species contained much higher levels of pollutants like mercury, than the labeled species should have.

So how do we fix this? The most obvious method would be to institute a tracking system just like we do an all of our other foods. Next, the FDA needs to start earning our tax money by actually doing something, like full inspections on all seafood, checking for proper species identification. And they should be the ones conducting random inspections of retail outlets, not non-profit organizations. Unfortunately, none of this is likely to happen. They have strong political links to all large food and drug producers.

Most people do not have the resources to have the fish they bought DNA-tested. But there are a few things you can do to protect yourself, besides catching your own fish. First, buy whole fish, so you can make a positive species ID. Next, for steaks and fillets, examine them closely and learn what that type of fish should look like. Is the fillet too thick to have come from a snapper? Is it the right color, or is very pink meat labeled as ‘Rainbow Trout’, when it is obviously a salmon, probably a less commercially valuable species such as Dog, or Chum salmon (I have personally witnessed this, and was asked to leave the market when I called their attention to it….). Are the scallops all the same size and shape (impossible for real scallops)? Does the Mahi-Mahi have some dark red areas in it, and a coarse texture (meaning it is a shark)? Educating yourself is always the best way to keep from getting burned.

And lastly, if it seems like too good a deal, it most likely is. That snapper that is priced at $3.99 per lb., is most likely a Chinese farm-raised tilapia, with high levels of pollutants in it. Until governments decide to do what they are supposed to do, and protect our food supplies, you will be on your own. But with some common sense, and a healthy dose of skepticism, you can shift the odds more in your favor. Just keep asking yourself, ‘Is the fish you’re buying properly labeled?’.

How Long Do I Grill a Rib Eye Steak

Why Meat Should Rest Before It Is Served