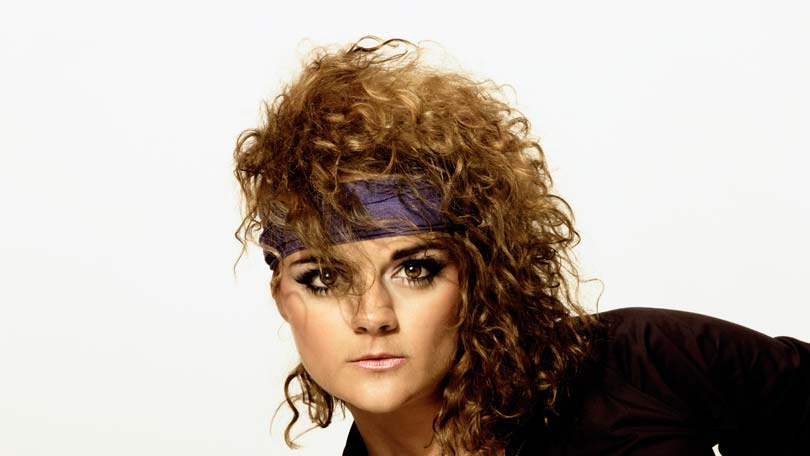 The eighties. They weren’t such a bad time if you think back to them. In fact, they were pretty ‘badass’ considering the style and trends that erupted back then.

Truth is that Madonna had some pretty awesome songs and the style of dress that came along with them, which were a mix of grunge and aerobic wear (don’t forget the scrunch socks) were pretty hot. Just recently, you may have noticed that leg warmers are coming back in the form of ‘boot socks’ (no idea why boots NEED socks) and that neon clothing which literally make you glow in the dark – is a hit at local high and middle schools. Look a little more closely and you will see that girls are again wearing ‘friendship bracelets’ and ‘slap bracelets,’ tying bandanas around their legs and even carrying around those trendy Trapper Keepers from the 80’s that made scholarly organization a breeze.

For decades, it has been a fact that all fashions come back around. The funny thing is that if you try to crawl into your attic to get out your Jelly shoes or Swatch watch, or your skinny jeans with the zip up legs for your own daughter to wear now, she will likely roll her eyes and exclaim, “OMG MOM….It’s not the Anymore!” If she only knew, right?

Kids today think that they are so far ahead of the fashion meter that there is no way that parents could understand. And most of the fashions that are coming back today for the youth are rooted in the wonderful 1980’s. A few months ago, Wendy’s even brought back the “Where’s the Beef,” commercials (classic 80’s) which has teenagers thinking it’s cool and trendy to go out and buy the t-shirts again. (Bet you got one in storage somewhere). Ripped jeans for both girls and boys are back in style and parents are paying tons of money to buy them at the mall. Chances are these parents (meaning you) think the fad is just as stupid as their parents (meaning yours) thought it was, wondering why in the heck someone would pay $55 for a pair of jeans that are already shredded.

Remember Vans tennis shoes….and break dancing? Why are so many people on hit shows like American Idol, the X Factor, or I-Carly wearing Vans while break dancing? And why won’t your child believe you when you tell them that you used to wear Vans and Break Dance. After all, the 1980’s are the generation that first launched Rap music, starting with The Freaks Come Out at Night! Guarantee if you spun that little gem of a song for your children while sitting in the car pool line your kiddos would think you were cool! Or wait, how about at the next sleepover your daughter hosts you bust out Nightmare on Elm Street or Friday the 13th (the originals) so you can prove to them just how ‘boss’ horror movies were during the 80’s compared to today.

One thing that hasn’t come back however is BIG hair. (At least for girls) While most young boys are walking around with puffy quaffs that resemble The Beetles girls today are opting for the 70’s fad of straightening their hair. And instead of using ironing boards and irons – they are using hot irons, which make the process quite simple. If you are a mom though and you are still curling feathered locks to try and mimic Farrah Fawcett, chances are your kids are laughing at you and calling you a dork. Or, they might just be embarrassed to be seen with you. The Miami Vice look has also not come back – so it is best for all fathers of pre-teen or teenage children to avoid trying to look like Don Johnson. (And definitely stay away, at least for the moment – from ‘Members ONLY’ jackets too. Don’t worry, they will be coming back soon enough)

Let’s face it. When it comes to fashions and fads, each generation has always tried to be a leader or innovator introducing new trends and having a style all their own. And while today’s generation of young people may think that the 60’s, 70’s and 80’s were a bit lame – the truth is that ALL of their fashion and trends are actually rooted in these three decades. Even so, your kids just aren’t going to think that mom (or dad) is that cool. And they certainly aren’t going to believes that you ever wore parachute pants or cat suits or were from the generation that first introduced Nintendo. And at some level of your child’s existence, it is their responsibility and right in life to give you a hard time about the way you look and the clothes you wear.

Even if you scrounge your old belongings to give them not vintage BUT AUTHENTIC garb from Aerosmith or Kiss concerts, they are going to be happier with the prints that come from Old Navy or Target. Even if you take them to the skating rink and show them all of your fabulous moves you learned from hours (and hours) spent skating when you were young, they are going to think you are dork. And that’s okay – because you know that your kids (and all other kids today) have no idea what ‘cool’ really is and are nothing more than copy-catters that are trying to ride the wave of coolness that the 80’s generation has left behind!