Marrying into a Different Nationality 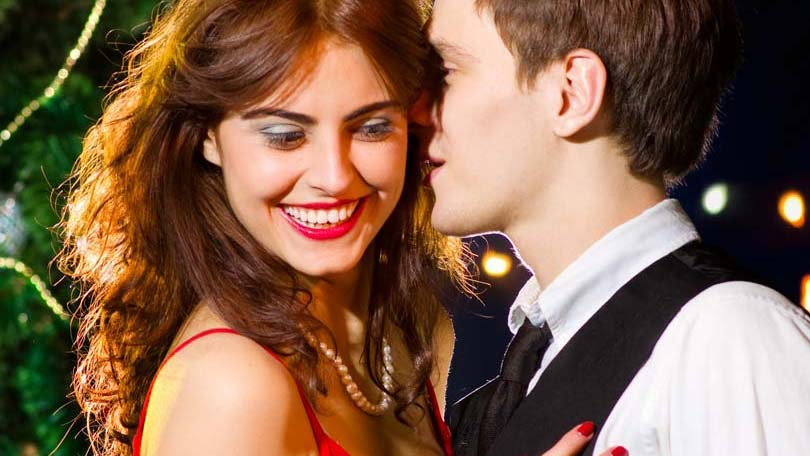 Marrying someone from a different country no longer raises eyebrows these days, not in open, contemporary societies anyway. You stroll along the boulevards and avenues of large cities and cobblestoned streets of small towns and villages and you’ll come across the familiar sight of two lovers hand in hand or cheek to cheek who obviously do not come from the same roots. Intoxicated and in love. Oblivious of others. Both share a vision of living happily ever after, regardless of race, color or creed. When the children are born, there’s the perpetual question. Who will the baby look like? What color will it be?

Our father used to say that the human race keeps improving – people born today will be taller, more good-looking, smarter, healthier and living and breathing the best of technology. They will probably be more intelligent than Socrates or Einstein or Christian Barnard because they have the tools that modern society puts at their disposal; not to mention the resources that contribute to their savoir- faire, plus the street-smarts to compete in an already crowded planet teeming with the best and brightest.

We’d like to venture a guess: the human race is improving and looking better not only because of the advances and improvements in every aspect of our lives, but also because of what we’re doing to the genetic pool. By dabbling in the genetic pool, blending two races together, we’re turning societies into happily heterogenous assemblies of black and white, yellow and brown, white and yellow, black and yellow, and the many other possible combinations there are.

One day at a restaurant, there was a group of giggling people in their late 20’s enjoying pizza and cokes and joking about the fact that they all hailed from different countries and hence could compare themselves to a miniature United Nations.

Marrying into a Different Nationality – Issues to Mull Over

Okay, you say, marrying a foreigner is a no-brainer because it happens everywhere and anywhere. As long as two people of two different races are in love, that’s all that matters, there’s really nothing much to argue about. Let them get on with their lives so they can produce beautiful, exotic offspring.

At times, however, it’s not as easy as that. Yes, it happens to people in our entourage and we know of some mixed couples who would do it all over again, if given the chance. Some unions go smoothly with no snags, but others aren’t as trouble-free.

Before marrying into a different nationality, there are questions that loom large in the horizon. Do all countries treat the rights of men and women in the same manner? Can spouses retain their nationalities or should they embrace the nationality of the other? Are there laws that dictate what nationality the children should acquire?

Marrying a foreigner – especially one from a non-western country – can present some challenges. We’re not saying obstacles – let’s be clear on that – but challenges. Challenges that need to be addressed nevertheless.

Marrying into a Different Nationality – Some Examples

Lawyers acting on behalf of clients who married foreigners and contemplating divorce must familiarize themselves with the laws of both spouses’ countries to avoid any messy, legal entanglements for both parties. There are as many nationality laws as there are countries and partners may want to put their love for each other in the backburner while they sort out what’s best for them and their children’s future.

We haven’t exactly gone around the world, but you now have a rough idea of the implications of marrying foreign nationals. Marrying entails a certain degree of risk and marrying someone from another country could entail a higher degree of risk, and this is where long engagements are probably imperative.

Love is an overpowering feeling and we sometimes tend to ignore the impending realities of a mixed marriage. Planning to get married requires thinking with our heads instead of our hearts. While marriage is a transaction between two people, it actually means marrying the entire family and culture of the other person.

Have you thought of the potential conflicts that could arise if you marry someone from a different country? Is your foreign spouse expecting you to live with her parents, or live in the same compound because he or she comes from a culture where extended families live under the same roof? Have you thought of what you’re going to eat, what religion your children will practice and the ways in which you’re going to spend your vacations?

These questions may sound trivial to you, and perhaps they are. But do be prepared for the cultural divide.

Granted – we read the dailies much too often. But we’ve read incredible reports of an innocent person marrying a foreigner only to find out that the person they married was an escaped convict from his/her country. There’s nothing absolutely wrong about keeping these pointers in mind. Given our occasional vulnerability and our naivete, we are easily charmed by foreign ways and habits. That’s fine, being attracted to foreign lifestyles is a natural – and national – pastime.

The Joys of Marrying into a Different Nationality

So there are things to be careful about, but there are also things to be joyous about. Since foreigners have NOT stopped marrying each other, they must be doing something right.

Yes, they are, and enjoying every minute of it.

What are some of the advantages of marrying someone of a different nationality?