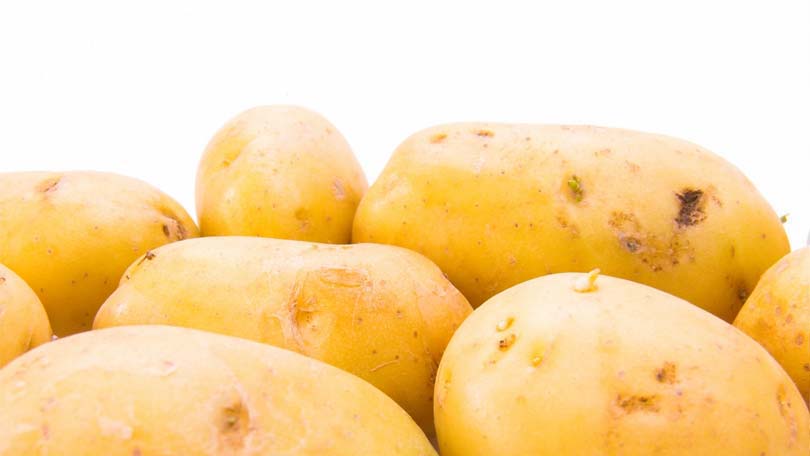 Although they are a simple and somewhat downplayed side dish, mashed potatoes, or in more technical terms “whipped potatoes” (a form of mashed potatoes) have got to be one of my favourite side dishes; only, of course, when they are covered with a nice gravy. I love the way they seem to just melt in your mouth and how they accompany any other side dish such as corn as a swimming medley in your mouth and in your stomach. Ummm, delicious sounding isn’t it; I wish I could mow down on a whole Turkey dinner with all of the trimmings right now.

Mashed potatoes also play a key role in a funny scene from my all time favourite Christmas movie, “A Christmas Story”. Yes, I am talking about the movie with the blonde haired kid with glasses who wants a Red Rider BB Gun for Christmas. His name is actually Ralphie and the scene I am referring to with “mashed potatoes” has to do with his mother and his little brother Randy. Randy is not happy with his meatloaf and mashed potatoes dinner and in his unhappiness he does what a lot of children do with their mashed potatoes, he begins to play with them. His mother tells him to stop with his whimpering and to stop playing with his food. Than she entices him to eat the potatoes by asking Randy to show her how a little piggy eats. “Show mommy how the little piggy eats” entices Randy to mow into his mashed potatoes and meatloaf with his face. All the while he is giggling and “oinking”, making this a classic scene from the movie and forever engraining the greatness of mashed potatoes on the big screen and in movie watchers hearts and minds.

Mashed potatoes; they can be chunky, they can be mashed to bits, or they can be mashed and smashed and whipped to almost a creamy existence. No matter how they are prepared mashed potatoes have got to be one of the most famous side dishes in the world today. The first time that this potato invention seems to have appeared on the scene is when the words “mashed potatoes” appeared in print in the year 1896. However, the dish has undoubtedly been a favourite for much longer than this and it continues to be one of the highest ranked foods in terms of the North American list of foods for everyday and special occasions.

The idea seems so simple. “Mash” a potato, any idiot could have thought of that right? I mean when I see a potato I want to either throw it like a ball or mash it to bits. So how hard could it be to make mashed potatoes? Well, although the process and idea themselves are simple, there are actually some different techniques and factors that come into play when you want to make perfect mashed potatoes. For example, choosing the right potato has a lot to do with making your mashed potatoes just right. The type of potato you use will determine whether your mashed potatoes end up as a smooth and creamy style or if they end up lumpier with a bit of texture. Depending on which you prefer you would need to use waxier potatoes such as Red or White Rose potatoes to get a better textured mash potato. Waxy potatoes are recommended for boiling application as they contain less starch and have a higher moisture content, therefore, holding up to boiling and not absorbing as much water. They end up being a more flavourful end product but they are difficult to turn them into a smoother texture. If it is the smoother style of mashed potatoes you seek than you would want to rely on russet or Idaho potatoes. These contain a higher starch content and lower moisture and fall apart better after being boiled or steamed, resulting in a much creamier textured mash of potato.

So next time you have your mashed potatoes do not just play with them but rather dig in and enjoy them.

Should Pet Stores Sell Dogs – Our Answer is No

If I want YOUR Advice on Parenting, I will Ask