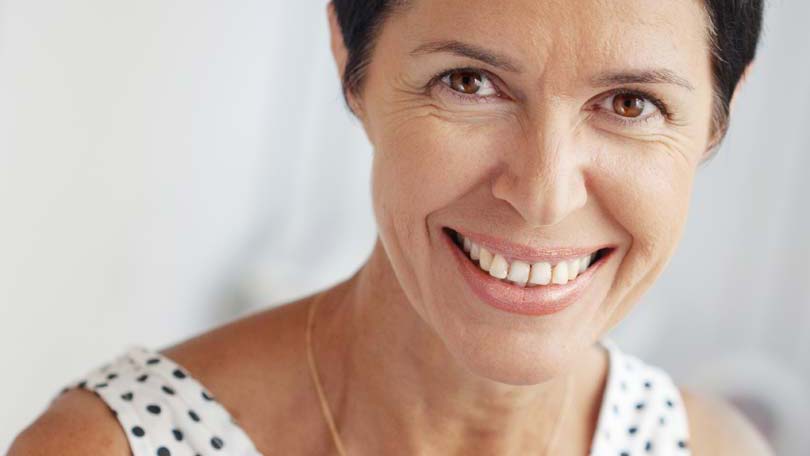 Middle aged women and sex is not an issue for every couple. With the vast majority of marriages ending in divorce and the rate of remarriage during middle age and beyond increasing, many women have discovered a second libido. With the new lease on life that many women feel they have been granted, a new partner in the world can bring their sex drive right back into the world of their prime.

However, with sex drive also comes feelings of self doubt, intimacy issues, physical perception issues, and issues related to the condition of the sexual “appropriateness” they were once taught.

Self doubt is natural for women who spent the majority of their sexual history with a previous partner who did not necessarily build up the sexual self esteem. Significant others who were perhaps less than complimentary or who felt that their divorce was in part due to sexual problems (such as not enough of it) can leave a woman feeling as though she might not be adequate for her new sexual life. This is normal for divorced women.

Expressing self doubt is a method of dealing with the issue that comes highly recommended. Actions can be misconstrued, especially those of hesitation. Thus, when intimacy is around the bend, it is more than acceptable to express the concerns that directly relate to intimate doubts. A kind and loving partner can help ease you through those concerns and often even alleviate them altogether.

Intimacy issues can also hinder a woman’s ability to be sexually involved later in life. Divorced women and women who have never found that one true love have often been deeply hurt and even have regrets associated with sex. Once again dealing with the issues head on can lead to a resolved issue. There is no guarantee that these issues won’t happen again and there is no denying that sexual involvement is an emotional risk, but hiding from intimacy will never resolve the issue. For centuries women have been sent mixed signals about their own sexuality. Sex has been presented almost as a duty when it comes to keeping a husband happy but has been discouraged for the sake of a woman’s enjoyment. Giving in too soon makes a woman a slut but refusing too long makes her a prude. Women have never had a fair shake in the sexual categories of life, and only now are those concepts and feelings toward women and sex beginning to change at least within the gender. Those concept and feelings can be very deep rooted as they apply to middle aged women and sex.

Women in their forties, fifties, and sixties grew up in an era where sexual abuse was not adequately discussed. Many middle aged women have serious intimacy issues based on unresolved childhood events. Regardless of age, orientation, sexual function or dysfunction, women who were sexually abused as children and have never had appropriate therapies to resolve the abuse should find some form of workable therapy. This doesn’t necessarily mean talking therapy, but there are some phenomenal new therapies to help deal with past traumas that can alleviate a great deal of the emotional entanglements associated with being a survivor.

Physical perception issues are common for women of all ages. Whether stick think and twenty or soft around the ages and fifty, the perception of a woman’s body within her own eyes is usually lacking in at least one form of accuracy. These issues are very common and often can be addressed on different levels. If the way you feel about your body prevents you from doing things you love to do then you have two basic avenues to consider. If something can be changed more to your liking through physical effort, diet, or other reasonable venue, then change it as you feel you can. However, loving yourself is not a sin, and accepting yourself does not make you vain. These are admirable qualities that were once again unfortunately not taught to girls when you were growing up.

The body will go through changes as it passes the thirty year mark. And for the most part, these changes are naturally occurring beautiful changes that make a woman a woman and there’s nothing to be ashamed of. Nature may have traded in your monthly period for a little dryness, but these days a little lubricant can not only make sex comfortable but it can also inspire creativity. It comes in flavors, sensation oriented based such as warming, tingling, and cooling. It is okay and acceptable to purchase this and use it. In fact, you don’t even have to sneak down a dark alleyway and stop in at the sex shop anymore. Wal Mart sells a perfectly respectable brand of lubricant that can ease nature’s misunderstanding of the body’s natural changes.

Last but not least. It’s okay to enjoy yourself. Middle age women and sex was never a topic of dinner conversation, so many women don’t realize that it is perfectly acceptable to have fun. Responsible fun (just because you don’t have to worry about birth control doesn’t mean you can forego protection from disease) is an acceptable form of human behavior.

Why Teach? 7 Reasons Teachers Get Into This Career