My Teenager is Shoplifting – Is your Teen Stealing?

Home » Family » Teenagers » My Teenager is Shoplifting – Is your Teen Stealing? 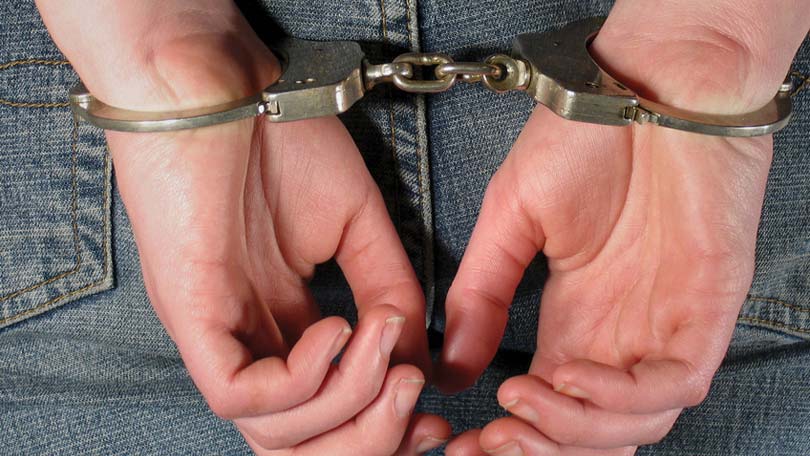 When a teenager is shoplifting a parent finds themselves in quite the predicament. Long gone are the days of dragging the eight year old back down to the corner store to return the pack of gum they stole to the store owner so they could “learn their lesson.” Taking your teenager back to the store to return the stolen merchandise could mean prosecution, a criminal record, and in some cases even jail time. As desperately as parents want to teach their children right from wrong, a parent also does not want to put their child in harm’s way.

The signs of shoplifting are fairly obvious, but unfortunately the teenager has to have been practicing for awhile before a parent begins to catch on. Without an actual admission, a parent is left to figure out where all the new “purchases” have come from and exactly how your teen managed to “buy” it. Most teens start off with small stuff that is not only easy to steal but also easy to hide from questioning parents. Only as their confidence grows are they able to begin to shoplift more expensive and larger items that are likely to catch a parent’s eye. At the same time, a parent is quick to believe that the new necklace their son just gave their girlfriend was on sale and that the new CDs that keep showing up are a gift or are being “borrowed” from a friend. It takes a pretty savvy parent to realize that their child is turning into a thief, unless of course their child gets caught.

Let’s start with confronting a teenager who is shoplifting. Teenagers who shoplift statistically have or can acquire the necessary funds to purchase the items they want to buy. Shoplifting is a thrill, it’s a daring flirtation with the “cool outlaw” side of life that they are interested in skirting. Shoplifting proves to their friends that they are brave and smart. Over 80% of teenage shoplifters come from affluent homes. Because they are already aware that shoplifting is wrong and they even know that they can’t fall back on the excuse that there is never enough money to go around, teenagers aren’t likely to admit to their behavior when questioned. Parents are slow to accuse their children because they don’t want their child to believe they think ill of them. However, if the signs of shoplifting are evident, it’s better to simply state that you know what is going on and that you and your teen desperately need to talk about it, as well as come up with an appropriate consequence.

Unfortunately, most parents don’t know that their teenager is shoplifting until after they have been caught, and the parent gets that terrible phone call from the police station being notified that their son or daughter is being arrested. This is undoubtedly a terrible moment for a parent, although the better they can be at controlling their emotions at this stage, the better. The priority becomes finding the best solution to the problem until you can get your child home and back under your care. Most first offense cases are permitted to return home until a hearing can be scheduled, although this is not always the case. If your child has been in trouble before, and if he or she has any type of record, or if the item stolen was of considerable value, your child may find themselves with a short but meaningful visit to either a juvenile or adult facility. Every state varies by age and offense where children under the age of eighteen serve any type of jail time. Most states only place violent offenders in with adults, but unfortunately this is not the case in every state.

For most kids, their short time in a detention center, or even the threat of, is enough to prevent further instances of theft. Some who are already wandering down a dangerous path of criminal behavior, or who are stealing to pay for drugs or alcohol, may not find this one offense enough to keep them out of trouble.

What does a parent say to a child who has been shoplifting? First, finding out the reason is vital. Making it clear to a teenager that no matter what the reason is, it’s time to come clean and that it doesn’t change the consequences for the behavior can open up the door of communication. Avoid making statements that confuse who they are with the behavior. There is huge difference in a child’s hearing and understanding when a parent says,” That was dumb,” rather than, “How could you be so stupid?” The first associates the behavior while the second implies they are the behavior. And kids are listening.

It is important that the punishment fits the crime. If there are legal entanglements, this is a very difficult but necessary part of learning that there is a process the system has for dealing with theft. The system doesn’t care who you are, it simply looks at your behavior.

Talking is a vital part to the process as well. When your teenager is shoplifting, there is a lot to talk about whether or not they are interested. Squelching criminal and risky behaviors starts with parents who are willing to speak as well as willing to listen. Chances are a teenager who is shoplifting is also engaging in other risky behaviors. It may be for fun or they may have a problem, but either way, ignoring it won’t change the behaviors.

Some parents advocate jail time for criminal behaviors while others will do anything to keep their child out of jail. This is a decision only a parent who knows their kid well can make. There has to be discipline and there has to be communication. Without a healthy combination of both, your child is likely to make serious errors in judgment again.