Potty Training a Kitten – Get Them Using the Litter Box 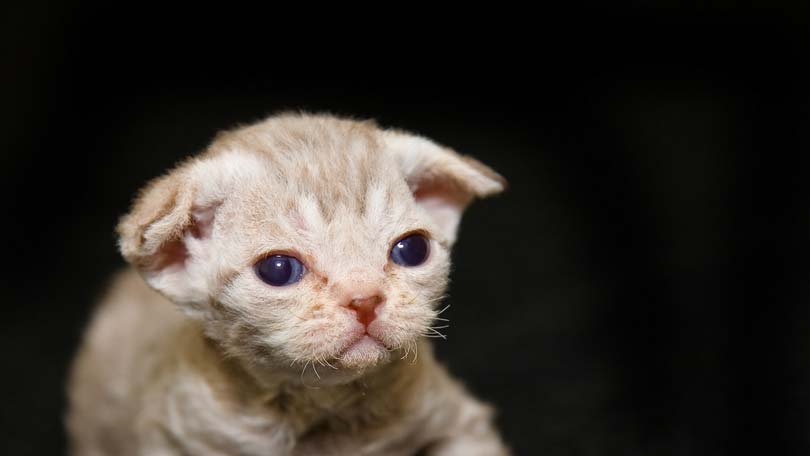 Anyone who has successfully housebroken a dog knows the great difficulties and the morbid lengths often involved with the potty training process. Anyone who has ever successfully potty trained a child is all too familiar with the inevitable accident and the sheer joy when the accidents mysteriously stop once and for all. When compared to these types of house breaking duties, potty training a kitten is so remarkably simple it is almost laughable.

In all seriousness, there are a great many kittens in the world that are potty trained the instant you introduce them to their appropriate toileting area. Bam. Just like that. Not one single accident inside the house and your world is easy living and odor free, as long as you stay on top of cleaning the litter box.

Because of these kittens with an intuitive house broken nature, cats have a reputation for being so simple to housebreak that you really don’t need to even it call it house breaking. But of course your little stubborn fluff of fur didn’t get the memo before he left his litter mates. And for the third morning in a row, since he was welcomed into your home, you wake up to the smell of cat pea without the slightest inclination where the accident took place.

Believe it or not, despite the fantastic rumors of the ease of potty training a kitten, most little bundles require more than just a little help, and they may require “stages” of help more than once in their lives. During the cute little bundle of fur stage (8 to 21 weeks) you should introduce your new kitten to the litter box almost immediately upon entering the home. He’s going to be a cacophony of human emotions; scared, silly, excited, nervous, fatigued, and probably even a little bit hungry. A stressed out animal burns up a lot of fuel, especially when they are little. After introducing him to the home and the litter box, you might want to consider offering him a small snack to help ward off his hunger, unless of course, it is close to dinner time for the little tyke and then you should just go ahead and feed him.

After his little snack, assuming he has read the book and knows he’s supposed to a little hungry and he’s supposed to satisfy that hunger, show him once again where the litter box is. Encourage him to stay in there a few moments, long enough so that it’s an opportunity but not torture, and if you get lucky with a dribble or a spatter, reward him lavishly and praise him like he just won you the Powerball Lottery. If he didn’t read the book and decides to go exploring rather than crunch on a tasty morsel, give him about five or ten minutes of exploring time and then bring him back to the litter box.

For some cats, your work is now complete. From here on out he will dutifully use the litter box and life can let out a huge sign of potty relief. But of course this is not your cat. Your cat is going to step out of the litter box and walk halfway across the floor and then decide he is going to pee right there. And you will probably gaze at him with utter confusion, forgetting that you’re supposed to go over to him pick him up with a sharp hiss and the plunk him back into the litter box with gooey sweet words of encouragement.

You and your feline Kato might need to do this several time in the first couple of hours he comes into your home. By the end of the eighth try, your gaze is no longer that of confusion but disbelief and probably even anger. You start believing that you brought home a defective kitty. The following two days proves it as he insists on going everywhere except the litter box. So you make it smaller.

Even when they have your big human hands to help them, some kittens are intimidated by the overwhelming size of the litter box. After all, it is sized for an adult cat. Place a cardboard wall about halfway back, creating a smaller pee space. Then trim down the edges so that your little bundle of urinary issues can step in and out without having to climb their own personal Mount Everest just to go to the bathroom. If it was that much work for any of us, we’d probably only hit the toilet on our good days. Of course, as your kitty grows he’s going to need a more substantial litter box, but for those first few months, smaller is better.

Many first time cat owners are under the impression that kittens and cats don’t respond to praise, or the word “no.” While they are less responsive than dogs, cats will respond to owner oriented reward and discouragement. Sometimes a sharp his is all it take, but remember that just like a dog, you have to catch him in the act. Even a few moments after the incident is considered too late. Hissing and correcting your kitten too late just makes him think that you randomly go around hissing at everyone, a rather unlikeable, unpredictable trait as far as your kitty is concerned.

Whatever you do to try to improve your kitten’s aim, never smack him, whack him, or pummel him. He doesn’t understand physical violence. Not to mention that I’m well convinced that you are smarter than your fists.

Most kittens do get the hang of things within a week or two. Sometimes, right around the time they experience sexual maturity, they seem to forget the things they learned as kittens and need a reminder course. In many ways, sexually mature kittens become much like teenage boys with their chronic need for reminders, rule refreshers, and attitude adjustments. Not only does a castration visit to the vet help prevent the onslaught of unwanted kittens floating around this country, but it also helps with their badly needed adjustment of their attitude. After castration, cats return to their normal, social, good kitty behavior that we were just beginning to get accustomed to.

Last but certainly not least, when potty training a kitten you as the human must not only stay in control of the situation, but you must remain consistent. Frustration is the biggest killer of consistency. Yet if you are seriously interested in making sure your little tyke understands the location of his bathroom, you need to curb the emotions and stay task oriented. Once you and your kitty have reached the new level of bathroom mastery, you will be able to join the flocks of story tellers, boasting to your friends about how your kitty was housebroken in an hour with just one trip to the litter box under your fabulously patient supervision. 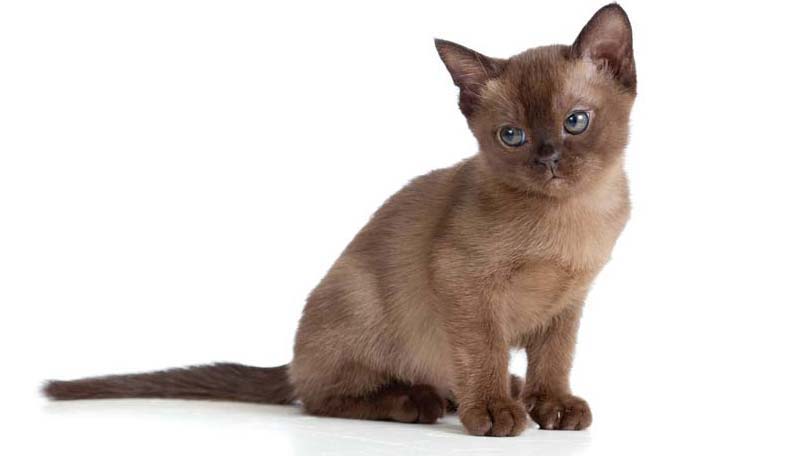 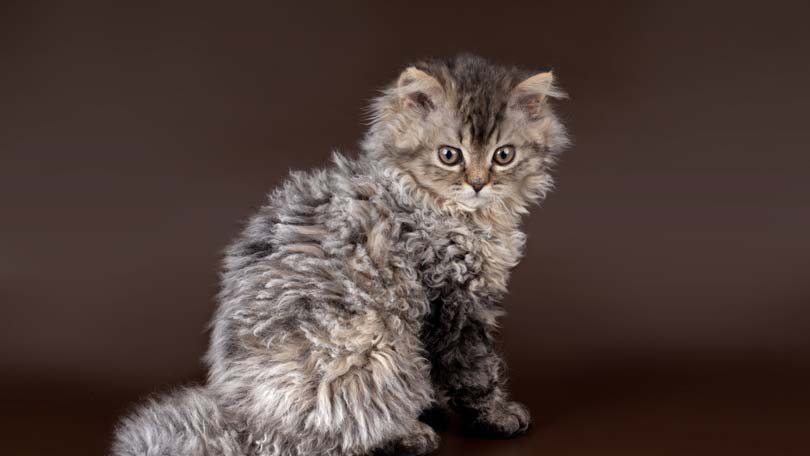 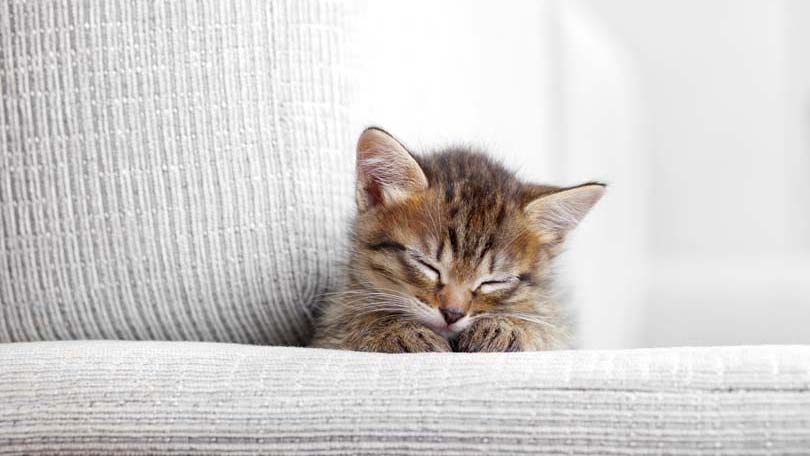 Keeping a Cat off the Furniture 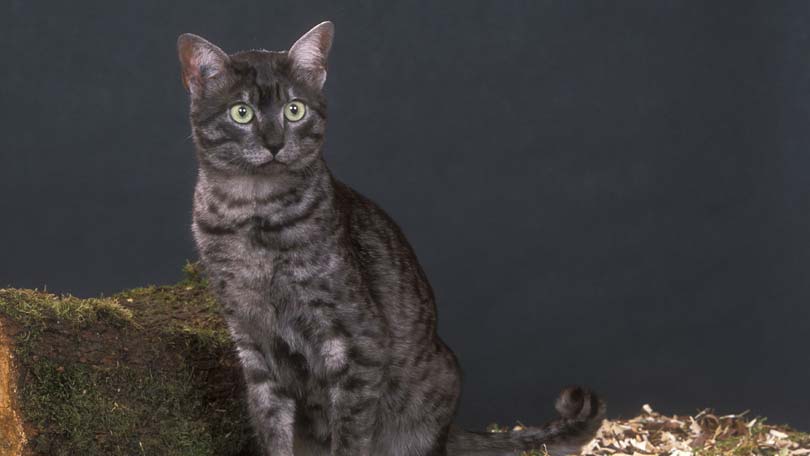 Aggressive Cats – Does your Cat have a Behavior Problem?