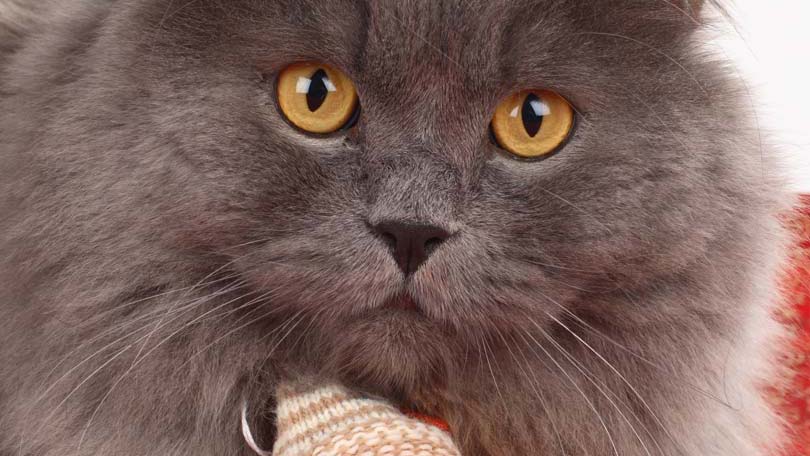 Fat Fluffy and Portly Penny may seem like they are rather cute, waddling into the kitchen for their food and cautiously navigating the sea of feet that tend to wander through one of the busiest rooms of the house. But in reality, your cute Pudgy Wudgy is not in a healthy state and could be in jeopardy of some serious health complications related to feline obesity. Putting a cat on a diet is one of the healthiest steps you can take to ensuring your Wally Whale lives a good long and healthy life.

Just like with people, a reduction in food intake is likely not going to be enough to curb the problem, especially if it has been going on for a number of years. Aside from putting a cat on a diet, he is going to need an increase in stimulation as well as an increase in physical exercise.

A high fat content in any animal is not healthy. Just like the homo sapiens, felines and other creatures that are obese run the risk of heart disease or heart problems as well as joint and back problems, diabetes, and the complications related to such issues. Obesity in animals can shorten their life span anywhere from three to seven years. Thus, if your furry friend is toting around a few extra pounds, it is prudent that you not only alter his dietary intake but promote a healthier lifestyle for your cat.

Start with the extras. Just like the human diet, meals are often not the culprit of the spare tire. Snacking too much in between meals is the fastest way for your kitten to plump up. Cat treats are often a good source of extra iron and extra essential fatty acids that cats need in order to experience good health. However, a bag of treats per day is equivalent to a human eating a whole package of cookies throughout the day. Cutting out those calories alone can often be enough to help Fuzzy tone down. Adding just one fifteen minute play session to his day can often help develop muscle tone so that he can beef up the muscles while draining the fat. However, when he manages to turn himself into that buff envy of the alley, don’t allow him to go back to old habits, or he may begin a feline version of yoyo dieting.

One of the most delectable sins of the feline feeding frenzy includes table scraps. Table scraps make great treats. And there are those who believe that table scraps are even healthier than prepackaged treats. However, a cat’s body is not the same as a human’s body. He is not likely to process our foods in the same manner. That means that he can not tolerate the same amounts or the same concentrations of saturated fats, sugars, and even fats derived from artificial sources. Table scraps can readily add unproductive pounds to his waistline.

Of course, you have already started the habit of allowing him a go at the dishes after mealtime, and changing his behavior is going to be serious challenge. You may not even be completely comfortable asking him to endure total denial. He doesn’t understand why you are suddenly requiring him to stay down off the counter while the dishes are being cleared. He’s only been practicing his dishwasher act every day for the last six years. If this is the case, cut his portion down to a scant amount. Instead of allowing him to clear off the plates in their entirety, allow him the smallest amount that is left for him on a paper plate or in his dish.

Because cats are nimble creatures, putting a cat on a diet can be a significant challenge. Unlike a dog, who is unlikely to jump up and scour the counter tops for extra tidbits, cats are able to leap wherever you have stashed a bit of food, even if it is covered with plastic wrap. In many cases, cats who are suddenly denied spend a great deal of time lurking about the counter tops in want of a scrap that you left behind. While the extra activity may be good for him, the truth is, what he may find is likely to counteract your efforts as well as provide for an unpleasant surprise when you go to retrieve the special dessert you covered three hours ago for company.

When you have committed to your cat’s waistline, you have to take the time to be sure that you have carefully tucked away everything that your sweet furball might be able to discover. Remember he is going to be particularly determined. Spend a moment thinking like cat and discovering all the ways he might sneak a treat from the counters, refrigerator tops, even some cabinets.

As stated earlier, putting a cat on a diet is most often not quite enough. In fact, without exercise, your cat might not be able to lose more than ½ pound. Use new toys or old favorites and set aside some scheduled time to make sure he has two to three fifteen minute play sessions daily. If you haven’t been able to notice improvement within a month of starting his new regimen, you might want to take him to the veterinarian. On some occasions, a prescription weight loss program or medication might be the only remedy. However, approach this with caution and only as a last resort to behavior modification. Remember, it is your behavior you are also in need of modifying. Allowing your cat to manipulate you by being cute, demanding, or even downright annoying isn’t doing him any favors.

Putting a cat on a diet is a commitment, a lengthy commitment that requires determination, time, and forethought on your behalf. However, it is vital for your cat’s health that you set aside the appropriate energy. He relies on you for everything, including your good judgment. It is not natural for any animal to become overweight, and it is often a function of lifestyle and human misunderstanding that allows an animal to put on abnormal amounts of weight. Should you notice your cat gaining weight, a diet might be in order well before he hits the stage commonly called; obese. 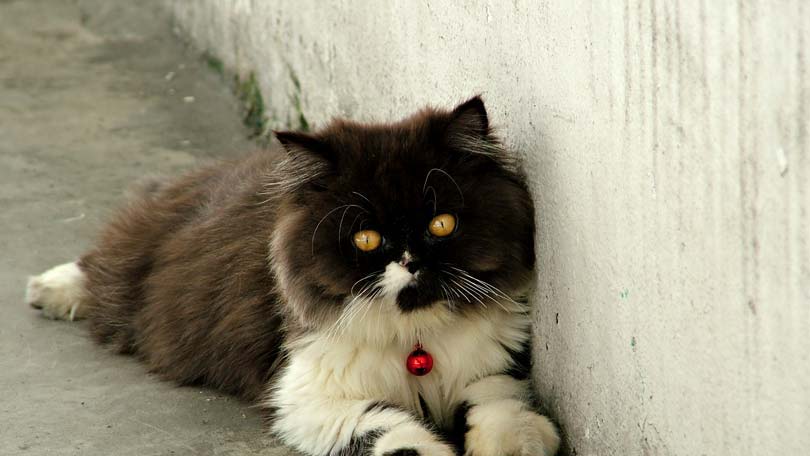 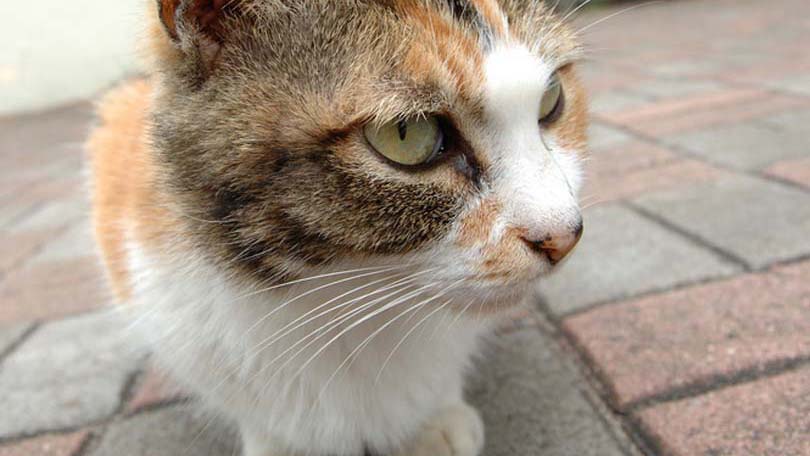 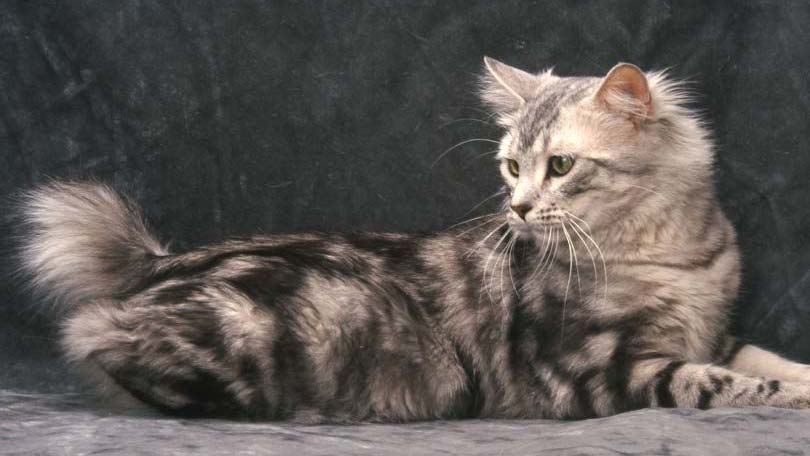 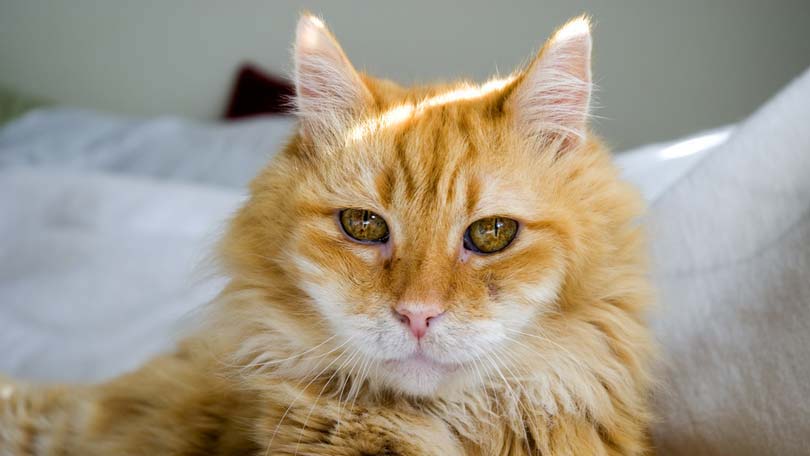