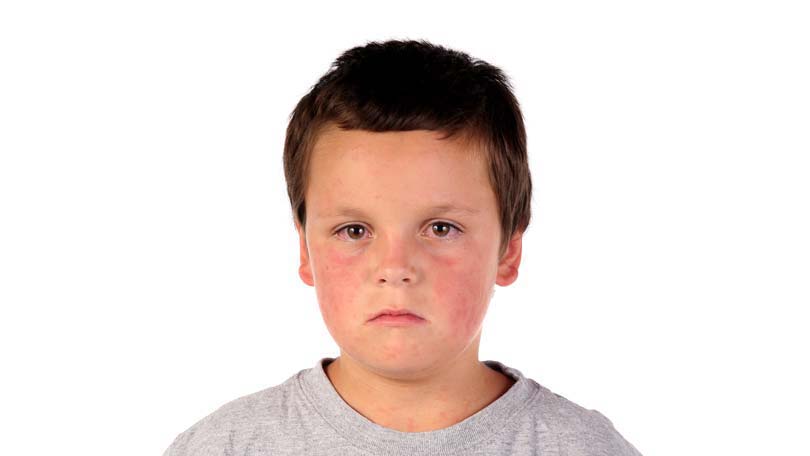 Call it will full, hard headed, spirited, stubborn or even spoiled and it still all boils down to one thing. Raising a strong willed child presents challenges that force parents to straddle the fence between encouraging their independence and demanding behavioral expectations. The problem is that parents are often left frustrated along with their spirited and it can spike a spiral of angry feelings that mounts over time.

The strong willed child presents himself early in life. They are usually the infant that can’t stand the bright lights of the stores, or turns beet red while waiting for a bottle to be warmed. When they become toddlers, they are experts at negotiating everything from how many more times they can go down the slide, to when they brush their teeth and bedtime. ‘Just one more book and I promise I will go to sleep!’ Yet mom knows that denying the one more book will lead to an ‘episode’ and that reading the book will lead to confirmation that their child’s demands will always be met. While parents may not realize it, raising a strong willed child often places them in a constant state of angst where they almost live in a state of fear of upsetting the balance of their child. It is easier to avoid the confrontation, whatever that may entail, than endure the aftermath.

Experts, from pediatric specialists, psychologists, and even new age schools of thought believe that the strong willed children we are dealing with in our homes are actually going to be the leaders of tomorrow. While they realize the frustration that parents often feel, they also recognize the frustration that these children are often feeling. Rather than it be simply about getting their way, they see it as an inability to accept limits, boundaries and control their temper. In the scope of things, the most important thing to teach these children is that they do in fact have control over their emotions and that they are responsible for them.

Raising strong willed children is often about dealing with a set of emotional cards at a young age that the child is not able to handle. Many of them feel instantly upset, rebellious, are extremely prideful yet get their feelings hurt easily, and feel emotions whether positive neutral or negative at an inflated sense. When they are happy and creatively empowered, they glow, when they are stifled they explode. The happy medium comes only while they are sleeping. After years of dealing with this child who can’t take no for an answer and who seems to purposely push every button known to man, the parents just become upset. What happens next is that each time the child enforces their will, the parent is still angry from the last time and the time before that and all of that anger comes out at once. It is common for parents to begin to expect the worst from their child and as expected, they get it. Certainly, this is part of the child’s personality and while it may serve them well later in life and into adulthood, there are particular aspects of this behavior that must be reined in.

Parents have to be the bigger person. They have to be able to rise above the ruckus and realize that they aren’t just angry because the child is throwing a fit in the grocery store, they are angry because of the culmination of things over the years. In truth, the child has long forgotten about yesterday, last month and last year and doesn’t understand the extent of mom and dads anger. Parents have to be willing to let go, forgive, forget, and begin to find ways to reach their child so that they understand. Strong willed children need first and foremost choices. This gives them some of the power of choosing, while mom and dad still get to make the rules. For instance, you can either take a bath now and play a game afterwards or you can wait to take a bath and not play a game. When a strong willed child feels like they are in control, they are more adept at dealing with their emotions and taking part. Of course, this takes time, patience and perseverance to develop.

Another aspect to raising a strong willed child is allowing them to expel enough energy so that they can blow off some of their steam and recognizing the signals and triggers to an attack before they happen so that mom and dad can intercede. When raising a strong willed child, it is imperative that parents take the time to walk them through their behaviors and choices as they occur, deal with them wholly, show them that there is in fact a consequence to everything and effectively move on. These children need explanations and the old adage of parents, do as I say, not as I do wont work and will just make things worse.

There is a light at the end of the tunnel. Parents need to realize that this child will take special skills, patience, and that from time to time mom and dad need a break! Mom and dad need to know when it is time to walk away, take a time out so that they can come back into the picture clear minded and offer resolution and authority that doesn’t undermine this child’s strong sense of self. As the child gets older, they will realize that what works at home isn’t going to go over well at school or with playmates and they will be able to monitor their own behavior. Still, the frustration from feeling denied in the classroom will have them coming home from school edgy. Since you know this will be the case, try to plan some activity or time with the child that will allow them freedom and independence.

Raising a strong willed child is no easy task. However, these children will be leaders one day and they will take their willpower and dedication to unimaginable heights if their decision-making, independence and spirit are nurtured. While practical and straight from the book discipline practices won’t work, ever; parents can be creative and find out first hand what works for their own child. By remaining aware of the triggers and also realizing that most of the time your child’s reaction to circumstances may not be what you think, you will be able to help them employ their personality traits and make the best of them. Instead of assuming that they are just acting out or being spoiled, be willing to see what lies beneath their stubborn exterior and find ways to allow them to communicate with pride and honesty what they are really feeling. These children are diamonds in the ruff, all too often underestimated and over medicated by society and need parents willing to watch them spread their wings and fly!