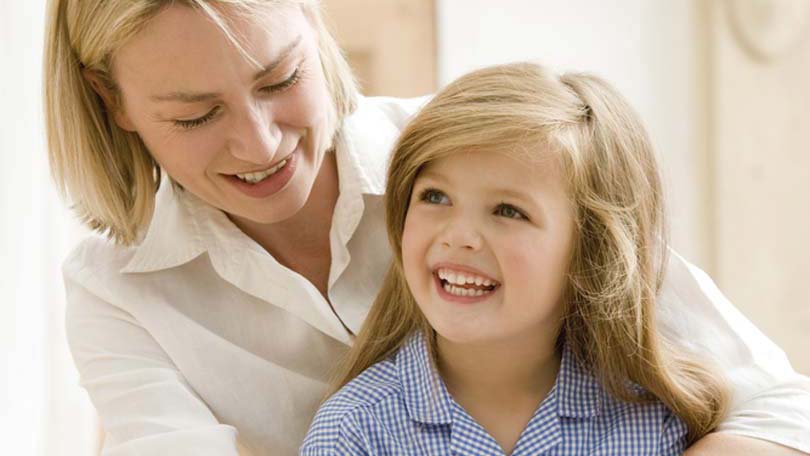 I know a lot about raising daughters, not because I’ve been doing it for a terribly long time, but because of the quantity of girls I have. Three. I have three daughters and zero sons. My oldest daughter is six so I’m sure many moms out there with teenagers are scoffing at the idea that I have any clue what it’s like to raise a daughter into adulthood. Fair enough. But I have a good imagination, and having been a teenager once myself, I think I know what I’m in for. I think.

My favorite book growing up was Little Women; my favorite show was Little House On The Prairie. I still love both and the warm, fuzzy memories they evoke of me curling up on the couch in my cold, dimly-lit living room to take them in. If you weren’t already aware, the main families in both stories have four daughters. In Little Women one dies (sorry if I ruined the ending for you) and in Little House, the parents end up adopting practically every orphan they could find so they end up with another girl and a couple of boys. Somehow, my love for these stories ingrained an indelible desire within me to be the mother of four daughters.

Now due to complications in my third pregnancy, it’s not a good idea for me to try for my fourth girl. I’m okay with this, put your Kleenex away. I really dislike being pregnant and the three girls I do have are so energetic and talkative that I’m too drained to even entertain the idea of trying again. Perhaps in the future my husband and I would consider adoption, and yes, I’d choose a girl. My husband might tell a different story and in fact when I just now asked him about it, I didn’t even get to finish my sentence before he blurted out “we’re done!’ I wish he would tell me how he really feels.

Another reason I wanted girls is because I don’t have a sister. I’m a middle child stuck between two brothers. It seems like every friend I knew growing up had a sister too which was a real kick in the teeth. I would watch them wear each others’ clothes and laugh at their inside jokes while I stood there with no evidence of a bond with my siblings but a discarded GI Joe action figure in my hand.

There is one really annoying thing about having all girls. Everyone we know and even perfect strangers on the street ask us if we are going to ‘try again for a boy’. My husband insists he’s fine with three girls, especially since my second daughter is a total tomboy, but deep down inside I wonder if he wishes he had a son. I failed to produce an heir and I believe my beheading is scheduled for next Tuesday.

I love to watch my husband’s interaction with our daughters. I remind him often that he is setting the standard for which qualities they will look for in a future spouse, not that he would ever allow them to get married…or even date for that matter. We once ate Christmas dinner at my friend’s house who has three grown daughters. They served their father like a king and when I glanced over at my husband I saw a glimmer of hope that he would someday be treated the same way by our girls. I don’t know if that will ever happen but I do admit that it will be nice when they are a bit older and can help me with all the household chores.

It amazes me how different my daughters’ personalities are. Without a doubt, my oldest daughter is a girlie-girl of the princess variety. She has a lot of moxie too which I love. She keeps us on schedule around here and I often feel like she’s more my mother than my daughter. I picture her being a high-powered CEO someday. My second daughter is a tomboy, as I mentioned, and is as tough as nails. If she falls and scrapes her knee, all I have to do is tell her to get up and shake it off to distract her and she’s off to her next adventure. I’m seeing stunt-woman for her future occupation. My baby is too young to really get a handle on what her demeanor will be like, but she’s already a real go-getter. She seems to be fascinated by the kitchen and scoots off to hide in there at every opportunity. I’m thinking she’ll be a chef…or a plumber.

I know as they grow up we’ll have to deal with body image issues. Perusing the aisles at the toy store elicits a great deal of horror from many parents these days. Dolls who wear fishnet pantyhose and more makeup than a drag queen line the shelves and give little, impressionable girls the wrong idea about what they should look like themselves. Another abomination I see at every clothing store is the horribly inappropriate clothes available to purchase for children. I always thought it was cute to see a kid dressed as a little adult, but not like a stripper! Do we really need to read a cute saying across the seat of a kid’s pants as they walk down the street? I think you know the answer to that one.

Speaking of clothes, my youngest daughter is really getting the short end of the stick. Hand-me-downs. By the time she gets to wear an article of clothing, it’s been worn by her two older sisters, washed a hundred times, and ends up looking totally worse for wear. That was the one advantage of being the only girl growing up, I always got new clothes and never had to share them either. However, I do think once or twice I may have dressed up my reluctant little brother in some of them and I’m still waiting to see what long-term damage I may have caused him in doing so.

I know as they grow, I’ll be able to engage in different mother-daughter activities with them. The one I’m really looking forward to is going to the spa with them. I’d love to make this a weekly thing, but I have a feeling my husband won’t be down with that. I also know that as they get older, they will want to spend more and more time with friends than with me and the old man. I fear this gravely. My very innocent and usually accommodating six-year-old tries to calm my fears about this by promising to never move out, or at least to live on the same block as us, and marriage is simply out of the question for her since she’s still in the ‘boys are gross’ stage. I hope she and her sisters will always feel that way.