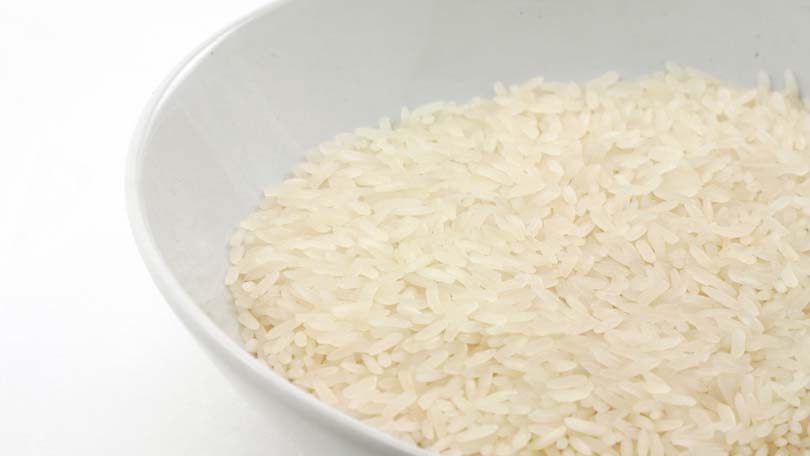 If you’ve wandered down the rice aisle of the grocery store lately, you’ve no doubt been astounded at the number of options available for the consumer who wishes to purchase this common staple. These days, rice is no longer confined to just a few select varieties.

For decades, most stores offered two options, perhaps three. The most common choices were converted rice or instant rice. It was the rare store that offered anything more exotic, though brown rice may have been available.

Now, however, thanks to the increasing popularity of ethnic foods and the recognition of rice as healthy, hearty fare, the choices sometimes seem overwhelming. Which do you choose? Why is one better than the other? Do they taste alike or do they all taste a little different? Which is best for the recipe I’m making?

Deciphering the kinds of rice available isn’t very difficult, as long as you’re armed with a handful of facts that can help you determine which variety is best for you. Along the way, you may even learn a little about the background of this delicious food and how it came to be a regular item on our table, as well as facts about its nutritional value and country of origin.

The History of Rice

Rice, most believe, is one of the oldest foods on the dinner table. Archaeologists can trace it back to about 5000 BC and historians note that it was mentioned in relation to China, where they held annual rice ceremonies, as early as about 2300 BC. They believe that the plant was also native to India and Thailand.

Rice came to the West via explorers, soldiers, and traders. It thrived in many climates but not so well in others. Because the plant requires much rainfall shortly after it’s planted in the ground, followed by plenty of hot, sunny weather, some countries – like England – are just not cut out for rice growing. The American South – growing started in the Carolinas, though Arkansas is currently the largest producer – has had much success with cultivating rice as have European countries where the climate is ideal, like parts of Italy and Spain.

Many cultures continue to hold rice in high regard. In Japan and Indonesia, it has its own God. The Chinese devote a whole day of their New Year celebration to the crop. In some Asian cultures, it’s considered a link between Heaven and Earth. India believes rice is important to fertility, and its link to such resulted in the long-standing tradition of throwing rice at a wedding.

With such a wide variety of rice products sitting on the shelves of even a small supermarket, the consumer requires a bit of education to choose the right one.

Rice is usually distinguished by the length of its grain; i.e. long, medium, or short. Long grain rice produces a light and fluffy consistency because the grains do not stick together. It’s extremely versatile and often used in side dishes like pilaf. The taste of white long grain rice is quite subtle. On the other hand, the brown variety has a somewhat nutty flavor. Long grain rice is grown in Arkansas, Mississippi, Missouri, Louisiana, and Texas in the United States as well as Thailand, Italy, Spain, Suriname, and a number of other countries.

Medium grain rice is – obviously – shorter than long grain but also tends to be a little plumper. It has more stick-together power than the longer variety (but not as much as the short), so it’s often used for dishes that require a bit more creaminess, like risotto or paella and perhaps even certain desserts. It is grown in many of the same places as you’ll find the long grain variety as well as countries such as Australia.

Short grain rice is almost round in shape and is featured in many Oriental and Caribbean specialty foods. It is an especially popular choice for use in Japanese sushi as it sticks together quite easily. One popular kind of white short grain rice is Arborio, used in Italian risottos. The short grain variety is also great for desserts and is very popular in most Asian countries.

If you’re like most cooks, you’ve no doubt picked up a box of converted rice from the shelf of your supermarket. Converted rice is the most popular variety in many Western countries and is sold under recognizable names, such as Carolina Rice. The process of “converting” or “parboiling” the rice means that it is steamed under pressure before it is milled. This makes the grain harder, which can aid in preventing over-cooking. The process also helps the rice maintain several important vitamins and minerals and provides a slightly different flavor.

If you’ve ever needed to prepare rice in a hurry, you may have picked up this variety. This is, in fact, pre-cooked rice that has then been dehydrated and packaged. The consumer only need boil the instant rice for 5 – 10 minutes before it’s ready to eat. The dehydration process, unfortunately, removes a lot of the flavor from the rice, making this the least desirable form.  A quick and easy recipe using this form or rice can be found here: minuterice.com/recipes/microwave-egg-fried-rice

This type of rice is new to many. They are, as the name suggests, rice varieties that contain a natural ingredient that provides a fragrant aroma and taste. These are becoming more and more popular in the West, though most of these varieties are still imported from the Far East.

Types of aromatic rice include the following:

Basmati Rice – Grown in the foothills of the Himalayan Mountains of India and Pakistan, Basmati rice is generally the rice preferred for Indian dishes both in the home and at Indian restaurants. It’s available in both the white and brown varieties. This is a fluffy rice whose grains separate when cooked.

Jasmine Rice – A little more subtle than basmati, jasmine rice is grown in Thailand. Though it’s a long grain rice, it tends to be a little stickier than most long grain varieties.

Texmati Rice – This is a hybrid rice; a cross between basmati and regular long grain white rice. It’s not quite as pungent as basmati and is light and fluffy when it’s cooked.

Wehani Rice – This is a brown rice from the same family as basmati. When it’s cooked, it looks like wild rice and some say it smells like popcorn!

Rice and Your Nutritional Needs

Overall, rice is a good source of insoluble fiber. Everyone needs a certain amount of fiber in their diet as it helps avoid constipation and promotes good bowel health. Rice is also rich in carbohydrates and generally low in fat. You’ll also find a good deal of Vitamin B, potassium, and phosphorus in rice.

Many health fanatics automatically choose brown rice when selecting a side dish to accompany their meal. The fact is, however, that both varieties of rice are good for you. A cup of white has about the same amount of calories as brown, but far less fat. (.8 grams per serving vs. 2.4 grams per serving) However, brown rice is much higher in fiber than the white variety, with 2.8 grams of dietary fiber per serving versus .6 grams. Most other nutritional values are similar. 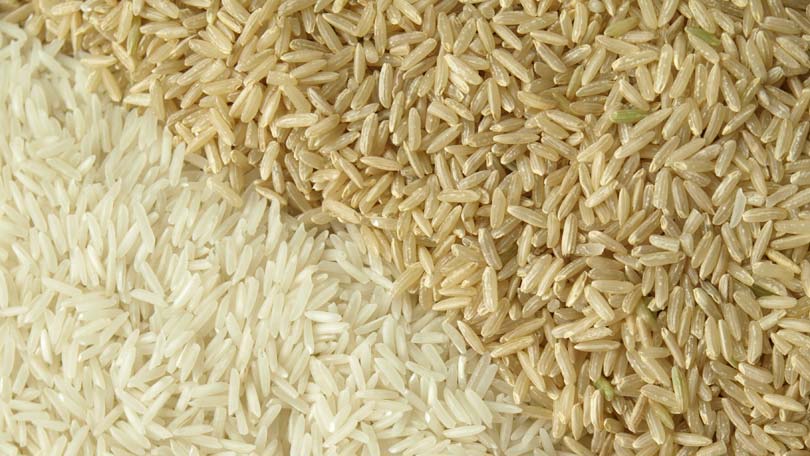 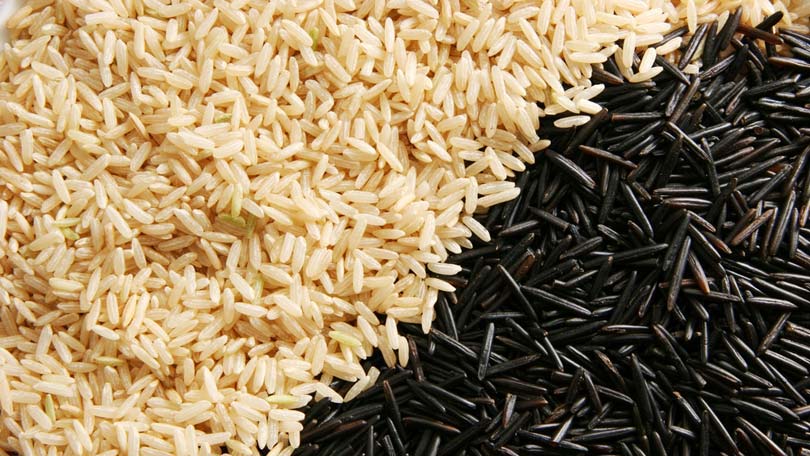 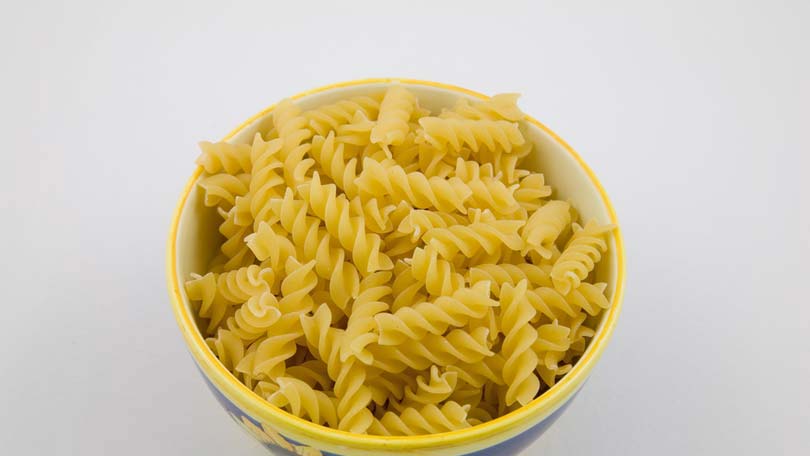