Runaway Brides – Why do Some Women get Scared?

Home » Relationships » Weddings » Runaway Brides – Why do Some Women get Scared? 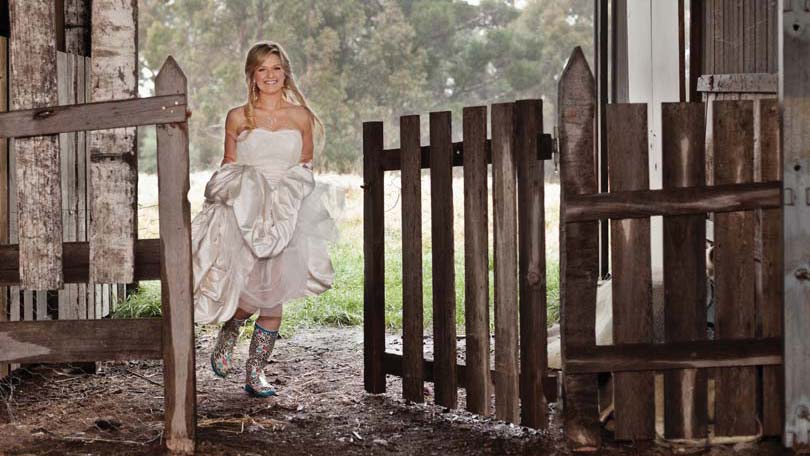 If you went on Amazon and typed the words “runaway bride” under the book category, do you know how many yields you’d get? About 500! Someone once told us that romance writers like to use “runaway bride” as titles for their books and we thought she was kidding, but we’ve got the proof straight from the largest online book retailer. Five hundred romance novels on runaway brides – hardly believable.

We’re not 100% sure if Julia Roberts and Richard Gere inspired a whole generation of romance novelists or if it was Jennifer Wilbanks who caused a stir, saying she had been kidnapped but re-appeared in the scene days later saying that it was more like a case of cold feet. Boy, her cold feet sure left millions of hearts cold. It makes you wonder why runaway brides (or “almost brides” as they’re also fondly called) would not show up on their wedding day and keep the priest waiting (of all people).

Kidding aside, it’s one thing to call off an engagement or a wedding weeks before, but to actually run away on your wedding day could convert a decent man into a stark mad murderer. We’d grant him parole if we had our way. Because really – how much can you hurt another human being?

Why They Run Away

Marriage counselors cite a few reasons for this phenomenon: the woman felt tremendous pressure before the wedding because she was not allowed to have a wedding she could personally orchestrate herself. There was too much interference from well-meaning family and friends. We’ll throw in the future in-laws for that matter.

Another reason is that runaway brides realize that they were so busy enjoying each other’s company that they never really discussed what kind of future they were going to have. The lack of planning for an entire lifetime stands out as a justification for the desire to back out the last minute. This could be fueled by the fact that runaway brides feel that they don’t know their future husbands that well, either because they’ve been secretive about things like past and family, or brides assumed everything added all up together but didn’t, so the thought of marrying a complete stranger is sufficient to make her NOT want to put on the wedding dress and take the trip to the church.

Another reason is lack of self-confidence about being a good wife or lifetime partner and the fear of divorce. Some runaway brides have seen the pain and hurt resulting from their friends’ divorces and they are afraid to have to go through the same experience.

And certainly a perfect reason for running away: their future husband is a tyrant and is prone to physical violence. Our mother used to say, if a man ever hits you – even if it’s just only once – walk out of the relationship or you’ll be sorry.

Husband and wife team Bob and Sheri Stritof say there are some ways women about to be married can avoid being runaway brides. One is to think of your marriage as a strong foundation for your life together. Instead of focusing on the negative and on the “what ifs”, brides should use the planning period for the wedding as a time for reflection and honest communication.

A wedding is a very personal matter, and hence you should make it clear to your parents, friends and relatives that your wedding should be the outcome of your own ideas, not theirs. There’s always a diplomatic way of saying “back off.” The dictionaries have plenty of words and sentences to replace “mind your own little business.”

If doubts begin to crowd your mind about the viability of your marriage – you’ve discovered some quirks in his personality or you have personal issues that remain unsolved – calling off the wedding a few weeks before or postponing it to a later date is a much better idea than running away on D day itself.

Remember that the intensity of hurt and frustration is felt more when brides run away on the wedding date. If you’re not sure the union is a good move, engage the attention and support of your fiancé and tell him weeks or months before the wedding why you can’t go through with it. This way, you’re doing the decent deed, and you’re not committing a cowardly act like running away.

A USA Today report quoted Scott Stanley of the Center of Family and Marital Studies of the University of Denver. Stanley said there are three types of sentiments that run through a bride’s mind weeks or days before her wedding day: one thought is “I’m not ready for marriage”, another thought is “I’m not ready to marry YOU, and the third is, “this wedding’s freaking me out.” He says therefore that sometimes it’s not one’s personal issues or issues with the fiancé that are to blame, it’s the pressure of the event itself.

The true life story of Jennifer Wilbanks as Georgia’s famous runaway bride was supposed to be a large wedding to which 600 guests have been invited. There were 14 bridesmaids and 14 groomsmen. Her husband-to-be then was John Mason, and both of them hail from prominent families.

Another professor, David Olson of the University of Minnesota says that big weddings tend to generate stress and tension for everyone, not just brides, although brides feel it more. He says that the three months before a wedding are frenzy moments – there’s too much focus on the ceremony and reception details, and not on the relationship. Somewhere along the line, amidst the hoopla of invitations, rehearsals, dinners, counseling sessions and cakes and guest lists, the mind snaps. What happens? Cold…very cold feet.

Olson admits he didn’t know what Wilbanks was thinking then. Her escape plan merits no sympathy from him. If all she needed was more time, why didn’t she speak up? Obviously she seemed to be the only who needed time, he said.

Writer Mary Shormo believes that Jennifer Wilkins may have been suffering from Graves disease, because she exhibited all the classic symptoms. From the looks of it, Shormo says, Wilkins needed a medical check-up.

As for the gifts, we’re not absolutely sure how this issue should be resolved. Common sense, however, dictates that all gifts received for the wedding should be returned to the givers. The reason there are gifts is because there was supposed to be a wedding. Now that there’s no wedding, there are, technically, no gifts. 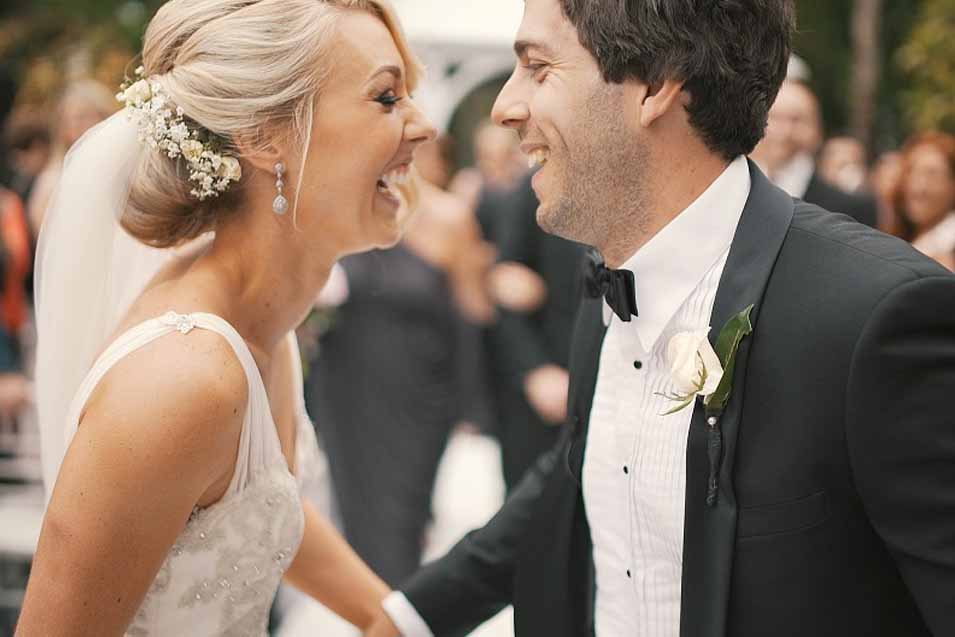 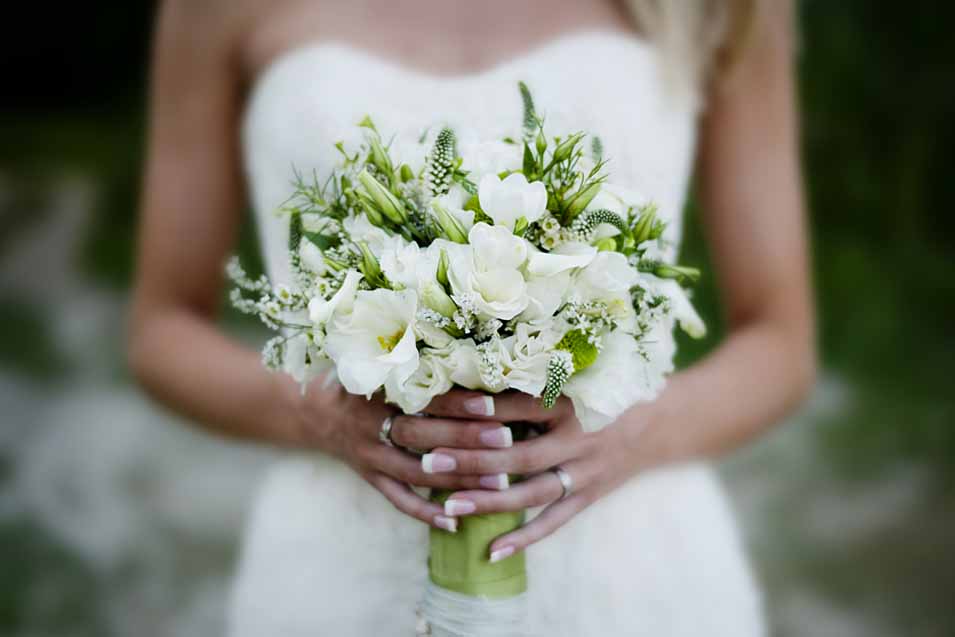 How To Personalize Your Wedding 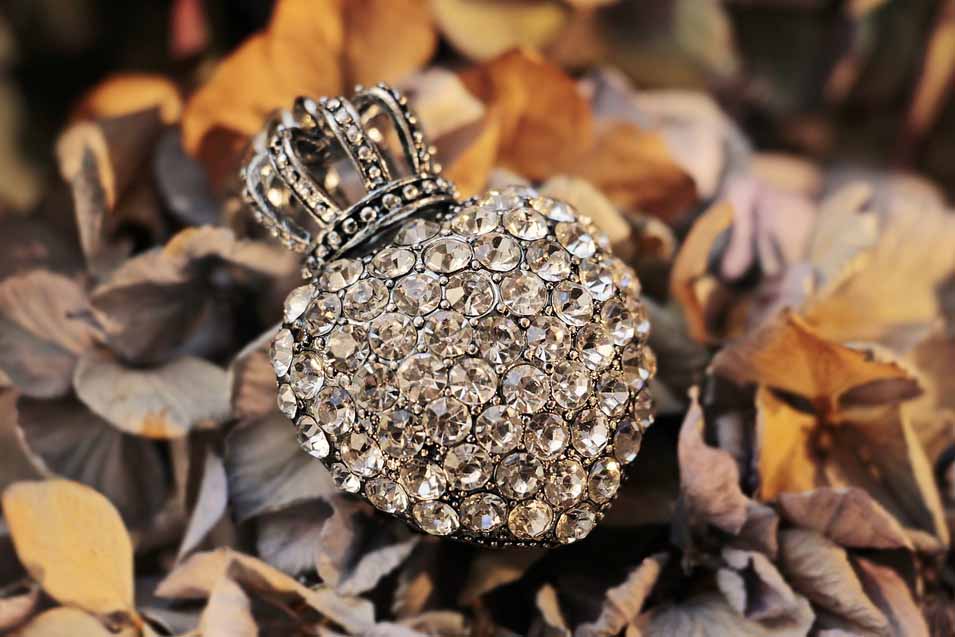 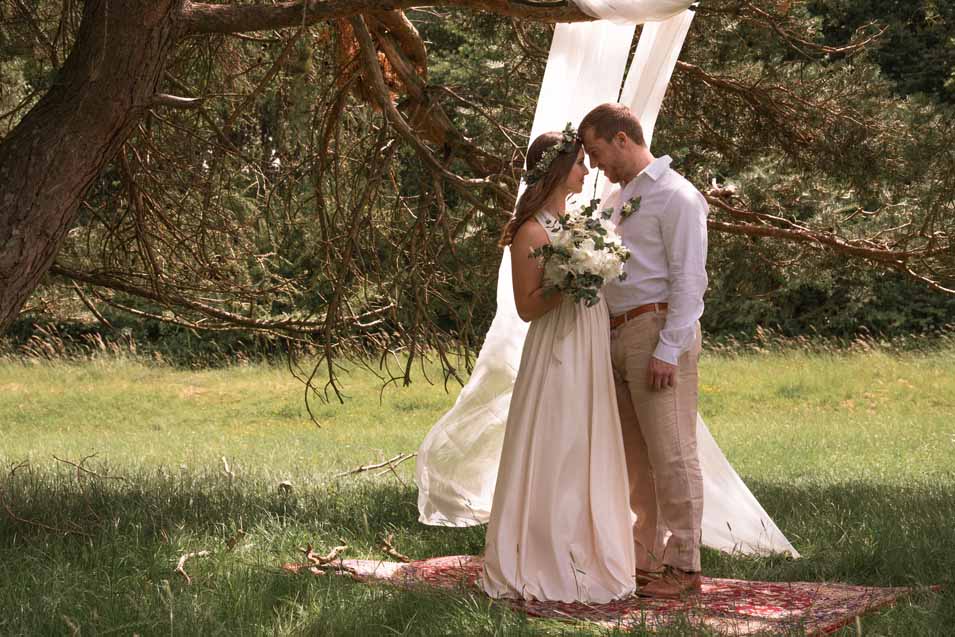 Boho Wedding: What Is It and How to Create One?