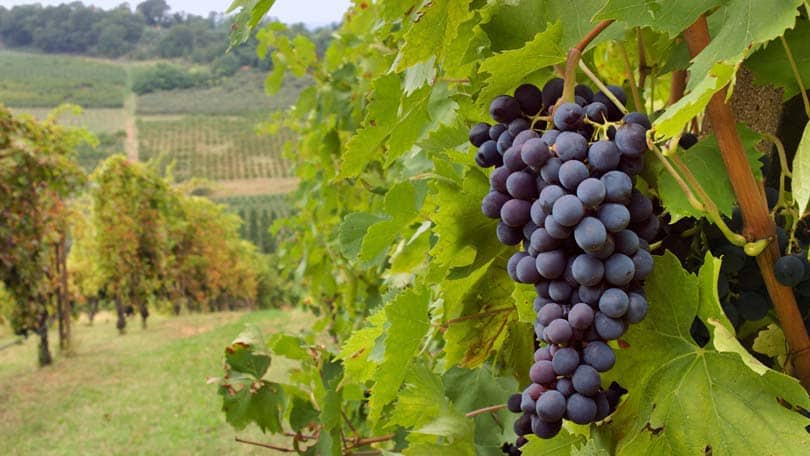 I have to admit that my past experience with Sangria has been a limited one, in fact little to none. On occasion I have had a taste, and just considered it to be a red “punch” made up on the cheep at parties. But, for the serious party animal, or shall I say, summertime entertainer in his or her backyard paradise, having your own special sangria recipe is essential and if made correctly, the actual hit of the party.

My story begins with a planned visit to one of my local and favorite wineries, Abacela in Roseburg, Oregon, which is located in the southern part of the state, Douglas County. Now understand, this winery operation strives to reflect the wines of Spain, with their flagship wine being Tempranillo. But, more about the history later.

The announcement arrived that it was time for Abacela’s annual “Fiesta Party”, celebrating releases of their fine wines with all the supporting members of their Llaneros Wine Club. Not only are the winery owners and staff very involved with the wine club members, but the members stay involved and support this winery like no other, well, probably like others, but for this article they stand alone.

There is always great food and of course their fine wines served outside of course, because the event is always held during the summer, and is free for all wine club members. When I am actually home and not traveling I always try my hardest to attend this event, as it is one of the best winery event around. Now this event and party actually occurred a couple of years ago, but is still vivid and really struck a note to me as will unfold as I proceed with my story.

It all started back in the 1960’s when Earl Jones and his wife Hilda, started investigating their favorite Spanish red wines, Rioja and Ribera Del Duero, which they had fallen in love with paired with peppery foods and spicy meats. The labels from these Spanish wines had little to say about the wines used to blend, and upon further investigation, Earl found that Tempranillo was the primary wine grape used.

Further research into this Tempranillo and wineries that actually produced it in the United States resulted in discovery of a handful of California vineyards, growing this grape, but only to use in blends for “jug wines”. This wine, Tempranillo, intrigued Earl and why nobody in the U.S. was developing it as a “stand alone” wine. His journey started there and continues even today. But more about that later, let’s get to my Sangria Story.

So my wife and I arrive at the Abacela Winery and Vineyards on a sunny summer afternoon, to the sound of Spanish Music and tent’s set up on the grass lawns between blocks of vineyard. The smell of barbeque mingles in the air with the voices of small groups of people sipping wines from surrounding vines. We stroll up to the main tent and are greeted by none other than Earl in a straw hat, standing over a rather large punch bowl, serving glasses of something red and delicious looking into waiting glasses. As I wait my turn for a sample, I see Earl reach for a bottle of his Tempranillo and start pouring it in the punchbowl. I am shocked…and that snapshot has stayed with me ever since.

Here was the Vintner I knew well, who had dedicated his life to the growth, development and promotion of the Tempranillo grape in it’s purest state, a stand along wine of perfection. This was the man who couldn’t figure out why California growers were using it to blend for jug wine only, when it was such a jewel, and here is Earl, dumping a bottle in a bowl of fruit and whatever else.

So, let it just be said that I was a bit shocked to see Earl dumping his fine wine into a fruit mixture, until I later heard the whole story that is. At the time I saw a guy who I always believed was very serious and all about the business. I had never really seen the other side of Earl, and now in later years wished I had spent more time around him, as for sure there is a really fun gentleman in there.

While Earl poured our glasses full he announced that he was pouring the recipe for Sangria that he had just brought back from Spain with him. It appears while vacationing in Spain, he had the opportunity to sample quite a bit of Sangria, and had totally fallen in love with this summer concoction. As it was a pretty busy affair that day, I didn’t get much of a chance to talk to Earl about his adventures in Spain, but as I remember, I did give him the opportunity to pour me multiple refills of that fantastic nectar of the Spanish nymphs of pleasure.

Here I am a few years later, looking forward to this year’s Fiesta Party at the Abacela Vineyard, and I find myself commissioned to write an article on summertime Sangria. When the subject was first proposed to me, I immediately thought of that summer day, and my friend Earl Jones. As my fingers dialed the phone in anticipation, I became excited at the thought of composing such a fun story, one based almost entirely on Earl Jones, that is if he would grant me the interview. A few days later I was driving up to their new very impressive tasting room to meet with him.

During the interview when I asked Earl about his experience with Sangria, and how he learned about making it, his face lit up with a big smile. He told me he had never experienced Sangria until 2005, when he was visiting Segovia Spain with his wife and daughter. They had stopped in a sidewalk café for dinner, and found themselves sitting under a Roman Aqueduct built before the birth of Christ. The owner suggested they have the “suckling pig” that was a specialty, and so they decided on that. Next, what to drink? They decided on a change from their usual Spanish wine, and decided on a pitcher of fresh Sangria. “WOW! It was delicious, my mouth is watering just thinking about how delicious that Sangria was with that suckling pig” says Earl!

It was shortly after their return to Oregon that Earl made the decision to prepare his fresh Sangria from Spain and share with his “family” of Wine Club Members. His experience has left a lasting memory of that fun event and it was a joy to hear him relive it with me.

Here is the recipe Earl Jones shared with me, with the warning…”Beware, Sangria has the effect of making you forgetful”.

1 bottle of great Spanish red wine, like Tempranillo or Grenache
2 Quart bottles of Ginger Ale (can use diet if you must) refrigerated
Bottle of Triple Sec
1 bottle of really good Rum, like 10 Cane or a good Bacardi (use to boost if needed)
3 large oranges
2 large lemons
2 large limes
Half Gallon Orange Juice

In a bowl the night before you plan to serve (or a few hours if it’s a spur of the moment party), combine oranges, lemons and limes and mull them (smash a bit to get juices flowing). Add to it about 6 ounces of Triple Sec and a few ounces of Ginger Ale, mix / cover and refrigerate overnight.

In a freezable open container pour one quart bottle of Ginger Ale into it, cover and freeze. This will be your “giant ice cube” so keep in mind what container shape will fit in you Sangria container. You are using this instead of ice, because diluting your finished Sangria is devastating to taste.

About an hour before needed, dump the entire fruit mixture from refrigerator into your punch bowl or spigot beverage container. Add entire bottle of wine, about a quart of orange juice, 6 ounces of Triple Sec, and dump in the large ginger ale ice cube.

Note: I am sure you noticed that we haven’t used the Rum as yet. This is a personal choice and may be decided by who will be in attendance. If you want added flavor and a good kick, add as little or as much as you like to taste. As with any cocktail or cooking adventure, “Taste, taste, taste”.

Capped vs. Corked Wine; Is There A Difference

5 Reasons Why Do We Need to Clean Our Aircon