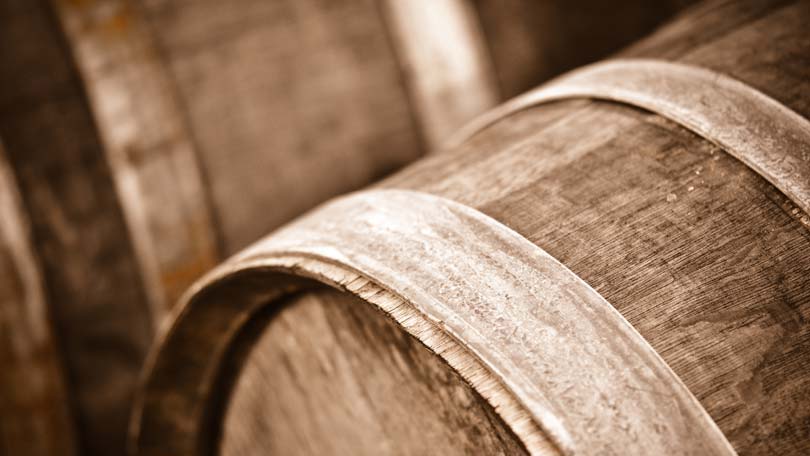 The Shiraz grape gets its name from the city of Shiraz in Persia/Iran; known for its flowers, poetry, and beauty. This is quite possibly where winemaking originated some seven thousand years ago. The grape was brought into France during the Crusades by Guy De’Sterimberg, who proceeded to live out his days in the solace of his winery in the Rhone River Valley. In order to produce the Shiraz grape that we know today, the original grape was the result of the Dureza and Mondeuse Blanche grapes.

Shiraz is still the number one grapevine produced in the Northern Rhone today. In the Southern Rhone, it is commonly used as a blending grape to make Châteauneuf-du-Pape, Gigondas and Côtes du Rhône. It is chosen as a blending grape due to its ability to balance out the weaknesses of other grapes, producing a well balanced wine.

Shiraz is not the only name given to this type of grape, it is also called Syrah, and the names are interchangeable. It is commonly referred to as Syrah in France and Shiraz in most other countries, including Australia, Canada, South Africa, and the United States. Actually, Australia had used a derivation all its own until the late 1980’s, which was hermitage, but they have since switched over to Shiraz.

The Shiraz grape makes a wonderful, dry red table wine all on its own, but is also used combined with other grapes to produce a fuller effect. In Australia, it is common to ad up to four percent Viognier to Shiraz in order to enhance apricot tones. This is a bit if a tricky blend; at that low percentage, the vintner is not required to record the effort on the label, thus making it look like a clear Shiraz.

The Shiraz grape has been used for a variety of proposes. Before the Shiraz variety of wine became popular, it was used to make port wine. And since it has such ability to age, it has also been used to produce a red sparkling wine, known as a sparkling Shiraz. A full bodied, dry, sparkling red bubbly has also been cultivated from Shiraz.

Interestingly, Shiraz has not been afforded the anonymity in history that some of the other wine grapes have enjoyed. The Shiraz has a complex past that begs to be told. In the 1970’s, there was a boom in the wine industry, only the spoils were for the white wine, not the red, and certainly not the Shiraz. In Australia, growers began ripping out grapevines in order to make room for planting Chardonnay and even some Cabernet Sauvignon. Thankfully, some growers resisted, and those grapes continue to give us the Australian Shiraz that we know and love today.

The reviving of the Shiraz came in the early 1990’s, when the government allowed subsidies to those who would renew plantings. There was a new worldwide interest developing in Shiraz, particularly in that produced in Australia. This renaissance in the Shiraz industry gave the wine a new reputation as the opulent red of choice.

Due to the full bodied nature of the Shiraz, they have a very powerful, wide range of flavors and aromas. The bouquet presented by Shiraz is plentiful, including chocolate, berries, espresso, and black pepper. The common wine making practices used to produce Syrah are divulged by the wine’s earthy tones of leather and truffle.

Depending on the soil and climate, Shiraz tones and flavors will change, crating distinct wines between their regions of origin. The most common Shiraz varieties available to consumers are from Australia, France, and the United States.

In France, the wine is known as the Syrah, and is grown throughout the Rhone Valley. Even within this region, the tastes of the Syrah vary greatly depending on vine placing. Different locations produced widely different flavors; soil quality and degree of slope play an important role. These distinctive characteristics are noted in the various bottlings. For example, Hermitage has a very tannic nature while Côte-Rôtie is fruity and perfumed. You may also find the French Syrah to be blended with the Cabernet Sauvignon, Merlot, Grenache, Mourvèdre and Viognier.

The Australian Shiraz is the country’s most popular winegrape. Shiraz was introduced to Australia in 1832 by James Busby, and has been cultivated there ever since. The cuttings were planted in Sydney and in 1839, they were introduced to Southern Australia from the Sydney Botanical Gardens (one of the many popular Sydney wedding destinations). Some of the most popular Australia Shiraz are Lindemans and Jacobs Creek. These are commonly favored in the United Kingdom, just as the Australian Rosemount Shiraz is a favorite in the United States.

The southern Australian regions are the most conducive to Shiraz growing. The Barossa Valley, McLaren Vale, and Clare regions in southern Australia produce a very full bodied and high alcohol content wine that has been prosperous for decades. The cooler climates that are found in the north and west produce a Shiraz that is more a contemporary of the French Syrah.

The winegrape known as Shiraz is the most commonly planted vine variety in Australia, and accounts for forty percent of the red grape crush each year, as well as twenty percent of all wine production.

The Shiraz produced in the United States often carries its French counterpart’s name of Syrah. The grape was first planted in California in the 1970’s, and has since made great strides in vineyards across Washington. The year that the Shiraz vine was transplanted into Washington was 1985, by the Columbia Winery of Woodinville.

Just as with any other Shiraz grape, the climate of the region grown has a lot to do with the eventual wine that is produced. In warmer regions, such as the Napa Valley, the grape is often blended with other Rhone varietals to produce a more complex vintage. In the cooler areas of Sonoma and Washington, the Shiraz usually stands alone.

Since Shiraz is such a wonderful red table wine, it is no stretch to assume that it compliments a wide variety of foods. Since the wine is known to have such a robust flavor and rich texture, it stands up best to fuller, heartier meals. Game meats, such as duck, elf, bear, boar, and goose are wonderful choices when serving Shiraz, as are beef and lamb.

The complexity of the flavors boasted by Shiraz is in part due to the American oak influence that envelops the wine when it is barreled. Today, some winemakers are moving away from the oak aging process. They are experimenting with returning to the use of older techniques and barrels, such as those so regarded in France. This allows for different styles to be procured and different characteristics to emerge within the wine. A more fanatical approach to the finish of the wine has instigated this new rendition of its aging process, with increased smoothness the ultimate goal.

There is much complexity surrounding the Shiraz, including its ability to mask its own self depending on where it is grown. From the elegance and sophistication of the French Syrah to the full bodied flavor of the Australian Shiraz, it is a wine to be treasured. There are numerous varieties of Syrah available to the discerning wine connoisseur, each with their own inherent character.

One Syrah has been chosen to illustrate the difference in qualities amongst the three top producing countries. The highest scoring Syrah wines, (all according to Sam Harrop of the United Kingdom and Wine Anorak), was the 1996 Sean Thackery Old Vines from California. It received a 94. It was favored to be rich and lush, but with overall balance. Its deep color was enhanced by its spicy and fruity nose. There were undertones of smokiness and olive.

The JL Chave Hermitage of 1997 also received a high score, that being of 91. The wine has a quite ripe palate with herbal complexity and some sweetness to the aroma.

An Australian wine to take note of is the 1990 Penfolds Grange, known for its rich and herby bouquet and spicy complexity. It has quite a bit of oak, but is well integrated.

The Shiraz is a favorable wine, no matter what region or varietal that you consume. It is sure to enhance any meal selection with its bold and ruthless adherence as a stand out wine. 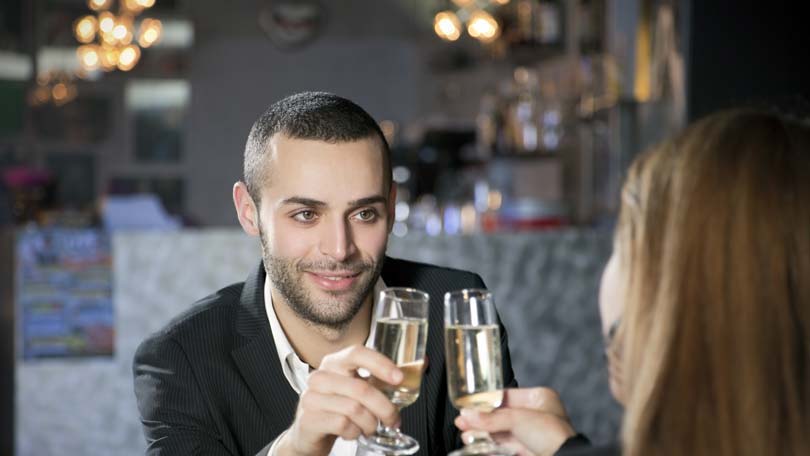 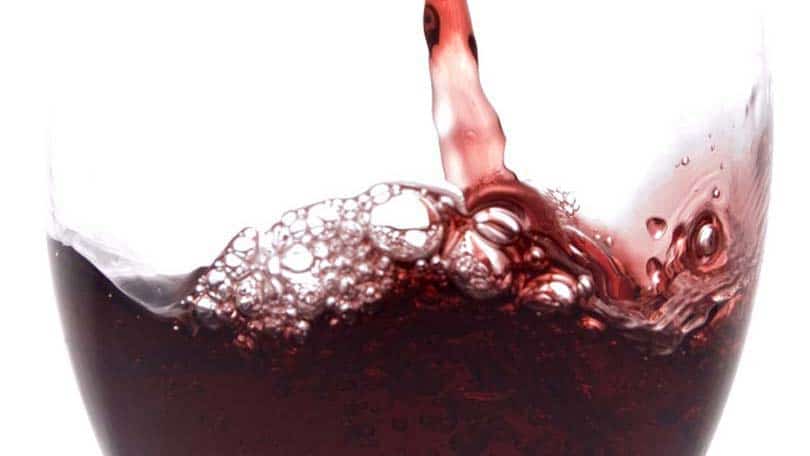 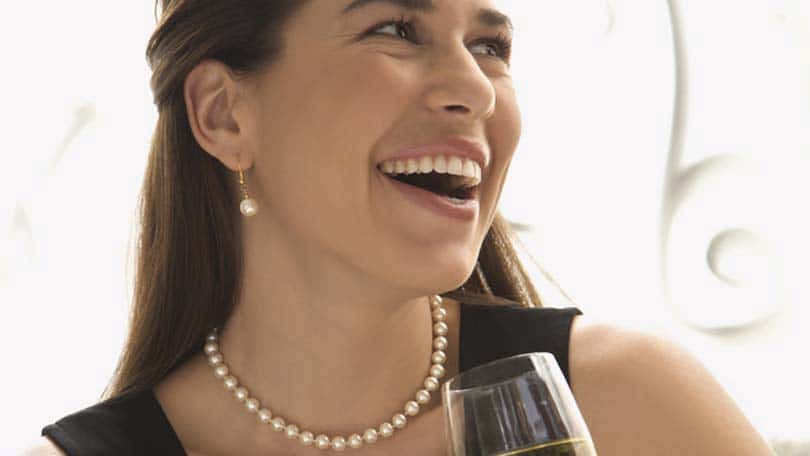 What Wine Should you serve at a Wedding Engagement Party? 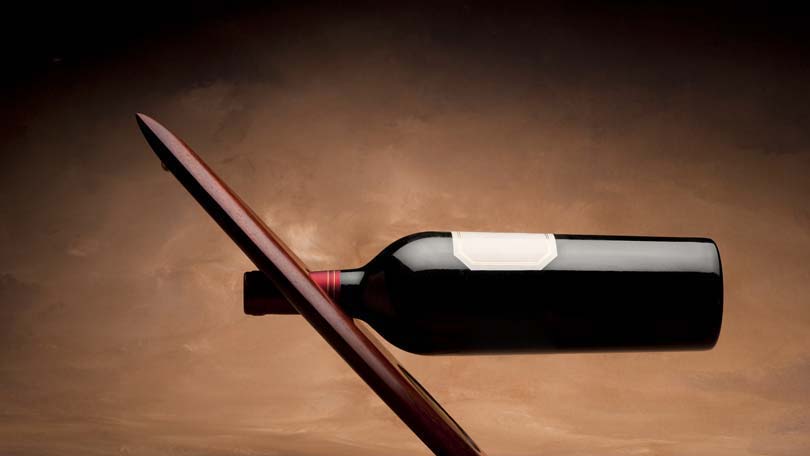 Buying Wine as a Gift