Should Children Be Taught to Respect Their Elders

Home » Family » Children » Should Children Be Taught to Respect Their Elders 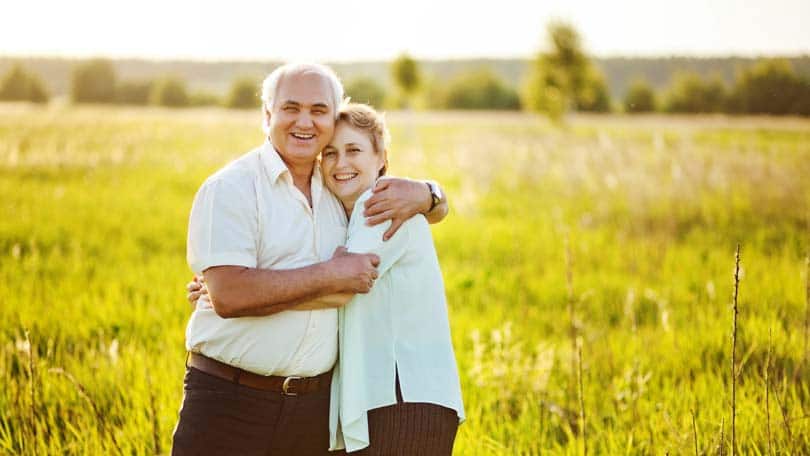 Children around the world are taught to respect their elders. In fact, there are many biblical references and cultural traditions that herald the elders of the family (parents, grandparents, and so on) as the leaders of the family hierarchy. And true to form, most kids show the adults in their life more respect than they do their peers. You wouldn’t hear a child saying ‘yes Ma’am,’ or ‘no Sir,’ to their best friend. They don’t normally use words such as please or thank you or pardon me when they are interacting in their normal social group. Parents instill the teachings of respecting the elders within the scope of teaching manners. And most kids get it. (At least to an extent and until they reach a certain age.)

However, what happens when the elders don’t respect the children respecting them? Should parents still force children to show respect to these people? Certainly, everyone can agree that there are plenty of deadbeat adults in this world whether they are grandparents, parents, aunts, uncles, teachers, coaches, neighbors, or random store clerks – who treat children as unimportant and miniscule. And quite often adults treat children as though ‘they should be seen and not heard.’

Additionally, there are plenty of children in this world who are bullied, harassed, disappointed and even abused, (whether verbally, emotionally or physically) by adults. Is it really fair to expect these children to simply respect their elders even though their elders are showing them no respect in return? Should children be taught to respect their elders?

In the lessons of life where parents teach children about manners and respect in particular it is important for kids to be witness to respect in action. In other words, make sure your child knows what respect looks and feels like, so they will be able to recognize it when it comes their way. Adults see respect as a two-way street, but often assume that children are not privy to these same rules. (At least when it comes to adults) On the other hand, parents try to teach their children to not to be victimized by other kids and to stand up for themselves when they are being mistreated. Yet become impatient and don’t tolerate their child disrespecting an elder in their presence for the same offenses?

The message is understandably confusing for kids.

Kids, while random and sort of raw around the edges have a pretty uncanny knack for picking out the losers in life. If Uncle Ralph is drunk at every family function, and spouts of curse words as though they are in the alphabet and rarely if ever makes any attempt to be courteous or cordial to a child, it is only natural that kids aren’t going to feel all warm and cozy to this fellow. And if he is such a hot mess does he really deserve respect? What about that crazy baseball coach who calls the boys on the teams degrading names during practice and doesn’t care how his actions affect the emotions of the kids? Should respect simply be handed over like a hot dog at a backyard barbecue? This author says NO. Absolutely not
If a child has a parent who doesn’t bother to call them but once a year, never provides them with anything they need emotionally or physically, and whose actions of neglect have hurt them deeply does this ‘parent’ deserve the child’s respect?

The interactions that children have with others in their life, whether older are younger are often based on their intuition. Kids know whom and what feels right to them. They know who to be afraid or hesitant about and who to accept with open arms. Forcing respect on an unconditional basis is counter-intuitive and lessens your child’s ability to gauge social interaction later in life. While there is nothing wrong with teaching a child to give every person a chance, to expect the best from people you cannot exclude lessons that give them carte blanc to follow their gut. And quite simply, if a child doesn’t feel they are treated appropriately by an adult, they probably aren’t. (Unless of course you are talking about teens and their parents).

Respect should be earned. Just like trust. Respect needs to be felt before it can be given to others and this is true with people of all ages. While children shouldn’t run around this world with a chip on their shoulder, being indignant or just plain rude they also shouldn’t be forced to hand over the shreds of their personal integrity to people who show little or no respect to them in return. And quite honestly, when parents witness adults disrespecting their child, they need to act as the liaison and step in to correct the behavior rather than place the burden on the child.

There is absolutely nothing wrong with teaching kid’s manners and showing them how to use them. There is also nothing wrong with teaching kids that adults should be treated with more respect than their peers or classmates. However, kids also should not be forced to show respect to individuals (regardless of age) if those people don’t mirror the respect in return. Largely, children learn from what they live and witness from the adults in their life. One study showed that 95% of learning is through imitation. Perhaps the best way to teach respect within your children is to show respect yourself. And to help your children understand the difference between adults who treat them with respect and the ones that don’t. If an adult doesn’t treat your child well, your child does not have to be rude, but should be allowed to disengage from interactions with this person with their parents blessing.

What do you think? Should children automatically respect their elders, even if those elders don’t respect the children in return?