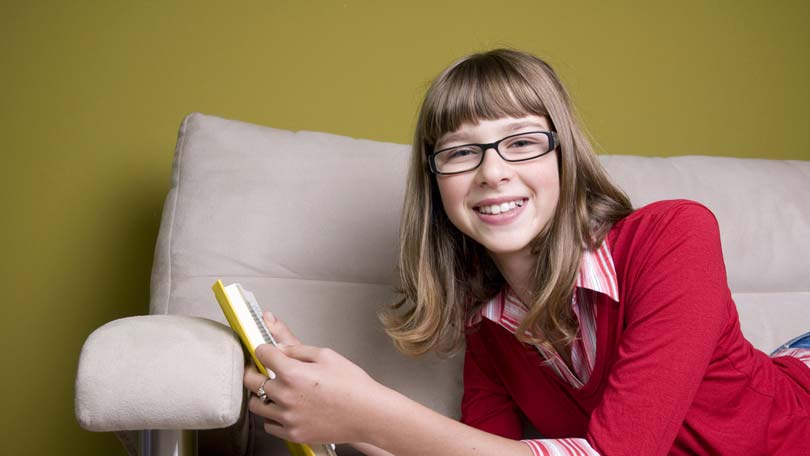 An article in Parenting’s online magazine says that at age 9, kids probably don’t need a phone, but will need one by the time they turn 12. While some people may disagree that even 12-year olds are too young to have phones, there are good reasons why they have one:

It’s a two-edged sword though. On one hand, phones can provide the protection that kids need if they deviate from the straight and narrow path; on the other hand, they can be a liability, because easy access to social media makes it easy for predators to find their next victim.

The news media have a generous sprinkling of stories about kids being cyber-bullied or preyed upon by people who are all too familiar with their vulnerability. Given this new reality, parents develop the “protect my child” instinct, and that desire to protect comes into full gear especially when their friends tell them about how their kids almost became victims. Parents suddenly feel that their top priority is to know exactly what their kids are up to, who they interact with, and what kinds of texts and messages they post online since kids tend to throw caution to the wind when it comes to their social media connections.

This need to monitor kids have sent social media entrepreneurs scrambling to the universe of parental control software and related apps developed specifically for this purpose.

Interesting point: the increased need of parents and teachers to monitor the devices of pre-teens and teens has resulted in a huge market that is predicted to grow to US$ 9.5 billion by the end of 2023 (Market Research Future, December 2017). The competition among providers of controls is fierce. The BBC reports that almost 80% of American kids own smartphones and because they have easy access to the Internet and to social media, parents are worried. Monitoring kids’ phones, however, has also become an irritant in the parent-child relationship.

Kids, Parents and Phones: how far should we take it?

Should parents spy on the their kids’ phones?

“Spy” is too harsh a word. Monitor is the more appropriate word. “Spying” connotes negative activity and provokes strong reactions from kids who see it as interference and an invasion of their personal privacy.

The BBC had it down pat: “The trouble is, this particular subject isn’t covered in the parental playbook; that chapter hasn’t been written yet, and society hasn’t had time to form standards. We have a drinking age and a driving age, but there’s no solid conventional wisdom about at what age kids can safely go online solo or text a friend on their cell phone — or about what our role as parents should be in keeping tabs on our tykes.”

This entire discussion relies on the argument that we, as parents, love our kids. We need to protect them. That’s our principal responsibility. There’s just too much sleaze online, not to mention toxic dialogues, bullying and intimidation, and irreparable damage to otherwise healthy relationships.

Kids may not appreciate being monitored but if you explain your reasons and increase their awareness about potential dangers, they might agree to periodic monitoring or practice more restraint about what their texting and photo posting.

Some kids will protest vigorously and use words like “lack of trust” and “abuse of parental controls” and “killing freedom”. Be firm. The need to monitor our kids’ phones is our duty. It is mandatory.

There are ways to go about it. Companies who design parental control software and apps encourage parents to tell their kids that their phones and computers are being monitored. This way you don’t take them by surprise. It also clues them to the fact that despite your busy schedule, you will always take the time to ensure that their safety is your #1 goal.

You can use these stories that come from reliable sources like the US Homeland Security Unit: someone took a snapshot of an 11-year old girl who was in the family car. She smiled and a stranger took her picture. Innocent enough, but it turned out later that photos of the same girl were posted on a website visited by pedophiles with the question on how best to rape her and get away it. https://www.dhs.gov/cyber-crime-cases

Or this story: 14-year old Jade Stringer was bullied not by one, but by numerous people. She was bullied for her good looks and popularity. Unable to take it any more, she killed herself. See story # 4 in https://www.oddee.com/item_98356.aspx

Engage in a positive conversation. Ask without probing. For instance, ask them casually what websites they visited that day, and who they were chatting with. And then verify what they say. There are apps for that. Google them and select the one most appropriate for you.

Conclusion: Yes, you must monitor your child’s cell phone and computer activity. Be honest and tell them you worry about their safety, and that checking their social media activity is the only way you can ensure their safety. Focus on positive monitoring. Raise their awareness, not once, not twice, but every single day!

As Danny Mekić said, “People feel uncomfortable when they have to divulge personal information during a police interrogation. Isn’t it strange that one-sixth of the world population spreads such information on social media?”