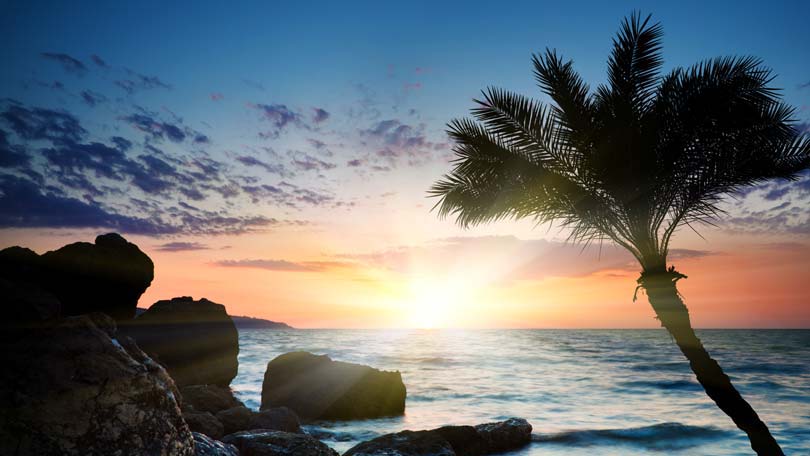 Her dream vacation is to sit Oceanside with a good book in her hand, while listening to the waves rush into the shore, margarita in hand  enjoying the solace of life without conversation. His, is a trip to Vegas staying up all night taking his chance at the Black Jack table and spending the days cruising the strip on his Harley. Should spouses take separate vacations such as these? Or does doing so open a can of worms that can cause a disconnect in the marriage?

According to marriage experts, taking separate vacations can actually have a beneficial affect on a marriage as long as the vacations are taken equally in duration and quantity. Obviously, if one spouse is constantly taking time off to sow wild oats or pursue personal interests without his or her spouse, while the other is stuck at home ‘then problems will probably occur. Additionally, experts believe that taking separate but equal vacations is a good way for couples to rejuvenate and renew their admiration for one another as in the old saying, ‘absence makes the heart go stronger!’

Obviously, each and every marriage is different. Some things may work for some couples and not for others. The important aspect of making separate vacations in a marriage work has a lot to do with trust, mutual respect, and communication. As long as the spouses aren’t trying to get away from one another for the sheer sake of getting away from one another (as in needing a break) separate vacations can be a great idea. It is also important that the two of you can come to a mutually respected place and find vacation options that are amicable for the two of you to enjoy together.

One of the biggest misconceptions about marriage, is that after the vows two people immediately become one. The reality is that when two people get married, two lives collide. This means that two sets of interests and two different passions and two different ideas of rest and relaxation are merged into one. And as you may realize, this doesn’t always work out as planned. This is where the idea of separate but equal vacations can empower couples to remain independent and autonomous without constantly disagreeing on how to best spend their free time. If couples would realize that separate vacation gives each half of the greater whole valuable time to invest in themselves, they would quickly see how these vacations can be an empowering part of marriage. Plus, by allowing one another to pursue personal passions it proves that while you may not necessarily agree on the best way to spend downtime, but you do respect one another’s needs in life.

Separate vacations in no way, need to be seen as a threat to a happy and healthy marriage. The key is communication. If you or your partner expresses an interest in flying solo on a vacation and you are set back by the idea then you should be able to orate your feelings and ask any questions that you may have. You also need to be honest with your spouse about why you are upset about the idea. Is it because you will feel stuck with the kids, or are afraid of being alone? Is it because you don’t feel like your spouse is including you in something important to you? Your fear may be that he or she is trying to get away from you, when the reality may be that your spouse recognizes your disdain for camping in the wild outdoors, and is in truth trying to be thoughtful.

It is also important that a spouse doesn’t automatically make an assumption that their spouse doesn’t want to embark on a new adventure and go along. At least ask. You may be surprised what your spouse is willing to do to spend some alone time with you.

If a marriage is in trouble or is experiencing a time of disconnect or strife, or one spouse feels that their husband/wife is taking too many separate vacations or business trips it can definitely become a point of friction in a marriage. Often times, this is exactly when a spouse will begin to suspect that his or her partner is cheating. At this point, the separate vacations will only cause more problems. And, a private and romantic getaway with just the two of you may be a nice cure all to bring the two of you back together.

Every marriage is different. The most important thing when it comes to separate vacations is that a couple agrees on the concept and is okay with it. Individual vacations coupled with joint vacations may be a valuable and insightful way to keep the passion alive and ensure that both halves of the whole are feeling satisfied in pursuing their own, private interests.

In your opinion, are separate vacations a recipe for disaster? Or do you think that given appropriate communication and mutual respect, they can in actuality be a way to strengthen a marriage?