Home » Relationships » Marriage Advice » Sorry Dear, But I have a Headache 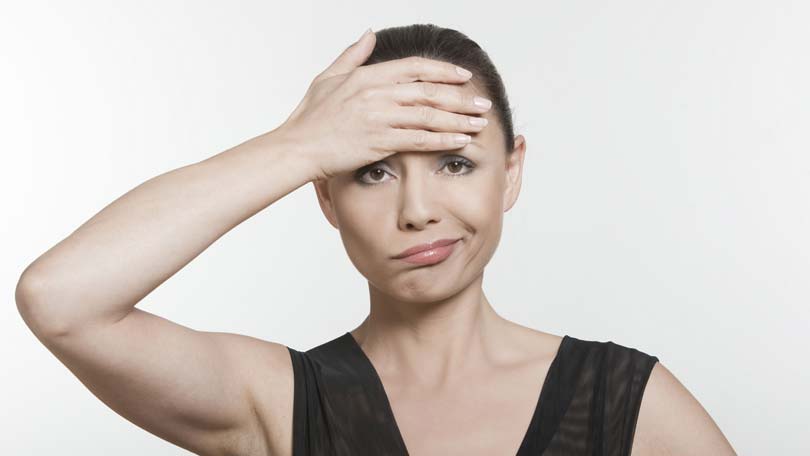 Far too often in relationships, sex is a relationship weapon. When there is any sort of tension or strife in the relationship, one person can use the weapon of sex to hurt their partner. And unfortunately, this weapon doesn’t just cause one wound but opens up a laundry lists of cuts and bruises that can beat up the relationship and lead to resentment over time.

The ‘sorry dear, but I have a headache tonight,’ excuse while cliche, is one that is used by around 1/5th of all women to avoid having sex with their partners. And according to a study performed by Parenting Magazine, many women use this excuse once or twice a week. Do they really have a headache? If so, doesn’t this many headaches at least spark a reason to see a neurologist? After all, frequent headaches can be a cause for concern and a reason to be alarmed, right?

What most people ‘mean’ when they say they have a headache to get out of having sex is that they are just too stressed out, or too tired, or just don’t want to. Maybe they haven’t shaved their legs in a week or two, need a shower, are pre-occupied with a million pressing thoughts, or worried. Maybe they are inwardly feeling slighted that their partner didn’t clean up the dishes or help with the kids. Or maybe, they just aren’t in the mood for sex.

Research tells us without a doubt that when it comes to sex, men and women are wired differently. While men can experience several erections in the course of a day hormone fluctuations and emotions tend to dictate the sexual desire of women. And most women will agree that the desire of a spouse to have sex isn’t the cure all for a weeks worth of worry. The problem is that withholding sex, for whatever reason is just another source of passive aggressive behavior that does little to help further a relationship or solve any problems that may be getting in the way of bedroom pleasure.

Interestingly, the sex weapon is not something that is only known to women, because men are guilty of it as well. Often, women get a bad wrap for not wanting to have sex while their male counterparts are practically begging for sex and doing dishes in the hopes that the simple nicety will get them a good time in the bedroom at night. Men too can withhold sex, and men too have sexual issues that may crop up as they get older which makes them insecure in the bedroom and not interested in sex.

A study by Fox News indicated that one in 5 people surveyed regularly make excuses such as I have a headache or I am just too tired, in order to get out sex with their partner.

The top seven excuses to ‘get out of sex’ from the study were as follows:

For men, the most common reason to come up with a sudden cause of a migraine was because they have lost sexual interest in their partner. In the months after childbirth, many men admit to being less than turned on by their partners. And weight gain, regardless of how shallow, is another reason that men may opt out of sex with their partners. Women on the other hand, tend to feel resentful and angry when a man unhooks their bra straps before even asking them how their day was.

Relationships change over the years. What may have started out as a hot and heavy sexual thrill relationship is destined to die down at some point. But the real problem with making excuses for not having sex is that there is a certain level of deceit involved. If you are angry, feeling slighted, upset with or just down right bored with your spouse or the bedroom routine, then talking about it is a much better solution-based route to take to correcting it. Many of the excuses that most of us make to get out sex are down right contradictory. For one thing, sex can be the cure to stress and worry, headaches and ailments. Doctors and physiologists alike believe that a healthy sex life can keep people healthier, and that an orgasm goes miles to be the medicine that many of us need in order to live satisfying lives.

What most people may not realize, or even admit is that making excuses to get out of sex quite simply hurts the relationship. The longer it goes on, the more it hurts the two of you. And eventually, a lack of sex at home can be just the trigger to open the door to infidelity. Maybe there are real medical issues at hand here that need to be checked out. And maybe, it would be a good idea for people to realize that while anger, resentment and bad feelings between a couple are par for the course a great lovemaking endeavor can also be the answer. Sometimes, we can speak with out bodies instead of our mouths and accomplish much more towards intimacy than we could ever expect through talking.

At the end of the day, if you are prone to have sex-headaches, or dozens of other ‘reasons’ or excuses to not have sex, it may be time to evaluate your relationship and decide what it is you want for the future, and what direction the two of you are heading in.