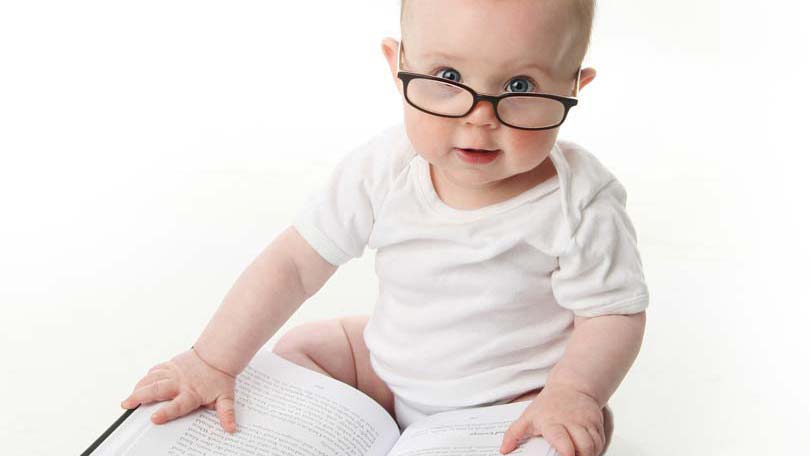 When one thinks about what it means to spoil a toddler, the most obvious thing that comes to mind is buying the kid any and every toy, game, candy, and article of clothing that he wants. But in truth, there are many different ways to overindulge a small child. For instance, I’ll confess that I have a tendency to allow my two-year-old to watch too much television. Of course everyone knows how diabolical TV can be to a young mind, but for the record, I watched a ton of it when I was little and I arguably turned out okay.

It’s not the mechanism by which you are spoiling your child that’s the problem, but rather giving them a sense that they are in charge that is dangerous. Babies come out of the womb kicking and screaming and do so for many years in a never ending power-struggle with their parents. I always swore I would never break my kids’ spirits, but there is a point when they need to learn that they will be answering to Mom and Dad; not the other way around. When I ask parents of grown children when it will all get easier, they usually reply, ‘when your kids are in their mid-twenties’! Wow…that’s a long time to wait to breathe a parental sigh of relief, so you might as well make the trip easier on yourself by laying down the law when your kids are little.

I’m in no way a structured parent. As a wild-hearted and free-spirited woman, I find schedules to be stifling and oppressive. I laugh at the nanny shows that have become popular lately because one of the first things they usually do to mend the family is to stick a colorful chart on the refrigerator door that maps out every minute of their day. I wouldn’t last an hour in that kind of life before pulling my hair out, but I do find value in some kind of a routine.

Kids like to know what to expect. I can’t blame them, I hate surprises myself, even of the festive nature. There’s something to be said for being mentally prepared for what’s coming down the pipeline. That said, my kids pretty much know what’s going to happen on a day-to-day basis, but we like to leave room for spontaneity. One thing they’ll always know for sure is that Mom and Dad are running the show. When spoiled rotten kids take over, life can be miserable for everybody.

For one thing, spoiled kids dislike sharing with other children. They have been conditioned, by a lack of parental intervention to change their faulty thinking, that it’s okay to be greedy and refuse to ‘play nice’ with others. It’s developmentally normal for kids to go through this stage at some point, but by the time Kindergarten rolls around, they better be okay with taking turns. This can be especially true about children with no siblings or regular interaction with their peers. They will need to be taught by their caretakers how to share since they’ll rarely have to engage in it at home.

Another way to spoil a toddler is by refusing to teach him manners. Nothing makes me crazier than when a child interrupts an adult who is conversing with another adult and is not corrected for doing so. This teaches the child that the world revolves around him and that nothing is more important than what he has to say. Of course we should be attentive to our kids, but only when the timing is appropriate. Failing to teach a child manners is usually a symptom of a much bigger problem: lack of discipline.

The undisciplined toddler faces a life of misery. Because her parents neglected to instruct her how to act properly, this child will often be despised by the peers and authority figures who surround her. Some parents fear they will be disliked by their child if they set boundaries and make rules, but actually, quite the opposite is true. I have many friends who wish their parents were stricter and more attentive to their behavior while they were growing up. A child feels their parent doesn’t care enough about him to teach him how to function in society. I truly pity these children. Of course there is such a thing as overdoing it as far as discipline is concerned. Constantly berating your child and eroding his self-esteem is as cruel as disciplining out of anger and crossing the line to abuse. Discipline your child because you love and care for him and he will thank you in time. Which reminds me of another personality trait missing in the spoiled child: appreciation.

I find I constantly have to remind my children to thank folks for what they are given. Many times one will receive a gift and when I prompt her to say ‘thank you’ the gift-giver brushes off the need for her acknowledgment which bothers me greatly. If a child forgets to thank someone with Mom or Dad’s prompting, what do you think they are like when her parents aren’t around? The whole purpose of being a parent is to prepare your child to operate normally in society on his or her own. If a child fails to learn appreciation, no one will give her the time of day. Teach your children to mind their P’s and Q’s.

Another annoying trait of the spoiled toddler is a failure to help around the house. Once a child can walk, he can help out, even if it’s as simple as asking him to hand you his shoes or to put a toy away. I wasn’t expected to do much when I was a child. I had an older brother who did everything for me. This really hurt me in the end. As I grew up and was finally given responsibility by my parents and teachers, I had no integrity, motivation, or self-starting ability. Only through maturity did I become diligent in my endeavors, but always wonder what else I could have accomplished if I’d been held accountable for responsibility.

Spoiled toddlers also learn the art of manipulation. With my first daughter, I did not catch on to just how sneaky a small kid can be. My second daughter had no chance. Bids to stay up late or failure to eat dinner only to ask for dessert five minutes later were met with a firm ‘no’! You see, how your children treat you is how they will treat others, so it’s paramount to instruct them to be empathetic, thankful, respectful, and diligent. After all, nobody likes a spoiled brat.

You must have a sick mind to think children must be turned into robotic drones until they are 18. A toddler needs to sit quiet when an adult is talking to someone else? If there is a emergency or a situation I should attend to I don’t for one second want my child to think about waiting for an adult to finish a conversation. You are a parent, not a prison guard.

I came across this comment and had to reply. I have 3 kids of my own, 2.5 years old, 8 years old and 15 years old. They understand that is I’m talking to someone or on the phone they are not to interrupt me (excluding my 2.5 year old, he’s still learning)….

However, they do understand if THERE IS AN EMERGENCY, then it’s okay to interrupt me. I don’t know why it’s so black and white for you??? There’s always exceptions to any rule.

Just like calling 911, you should only call if it’s a real emergency, if it’s not, call the police station, if you need to speak to an officer.

Example: you get into a car accident, call 911…

Example: you look at your front door Ring camera and realize someone stole a package off your front porch, you call the police station.

Example: McDonalds gives you 9 chicken nuggets instead of the 10 you ordered and refuse to correct the order…DO NOT call the police, contact the manager or corporate!

If I’m on the phone and my 8 year old wants to talk to me about the latest Pokémon episode he watched, he needs to wait.

If I’m talking to someone in my house and my 15 year old got sick and threw up, then she knows she can interrupt me for help!

My kids know they are expected to do chores in the house everyday, my daughter is responsible for emptying the dishwasher and garbage.

My eldest son is responsible for feeding the dog breakfast and dinner and picking up his messes…like putting his dishes in the dishwasher and his dirty clothes in the hamper.

Giving your children expectations of behavior is important to teach them to be responsible adults. I love my kids and I know it’s inportant to lay a foundation of responsibility, critical thinking skills and empathy when they are young so they can develop those skills through their childhood and have a firm grasp when they are an adult.

I used to be a manager and I hired many people who were under the age of 24 years old and I was baffled at their lack of self starting and critical thinking skills. I hired them to help run the coffee shop, yet when the garbage was full, they would come to me and say, “I can’t throw this away because the garbage is full.” I would just look at them flabbergasted that they didn’t just change the garbage! I would look and then and say, “change out the garbage.” You would have thought I told them something magical when they realized they could solve this problem on their own!

Too many kids these days are not being taught inportant life skills. Having a kid is not all fun and games, it’s a huge responsibility to raise another human being from infancy to a responsible and successful adult!

You can teach your children not to interrupt AND also teach them that if there’s an emergency they may interrupt.

I see memes about moms never getting privacy even when they are in the bathroom…I can’t even relate to those memes because I never had an issue with my kids bothering me while I was going to the bathroom because at a young age they knew to leave me alone in there UNLESS there was an emergency.

Kids are not stupid and they can grasp the concept of only interrupting if it’s an emergency.

Having a Baby – Creating a Family