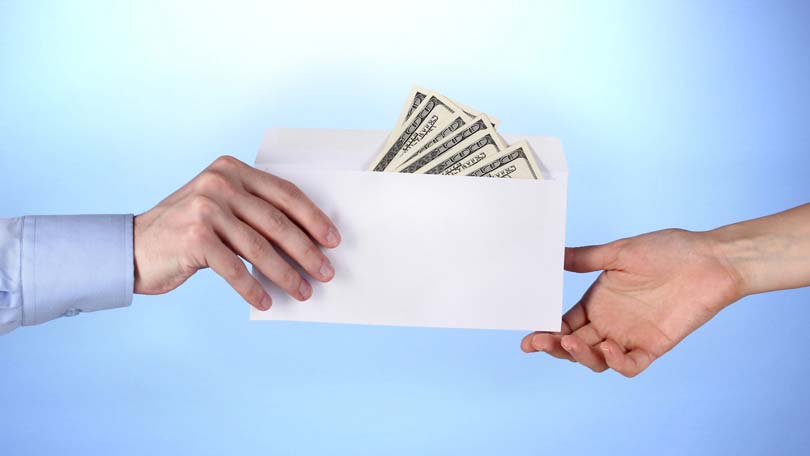 Were not surprised that many people are staying in a marriage for financial reasons. They argue that there’s more to a marriage than love. Just because love fades does not mean that the marriage has to fade with it. There’s the practical side, and there are situations when husband and wife decide to stick it out for the sake of their financial health if it’s the only one good thing left to salvage.

And you know something? We agree wholeheartedly – that’s a good enough reason to stay married.

What’s the alternative? Partners can ‘de-partner’, but an article from the Canadian government says that men who leave their marriages have a higher chance of becoming depressed than men who stay married. And who’s going to forget that old wisdom that says married people are much happier and may live longer than their single friends?

The thing is, when couples divorce, who gets to have the last laugh? Their other married friends or their single friends? This is a thorny tissue and can provoke a never-ending debate.

Let’s examine the crucial question again: should couples stay in a marriage for financial reasons?

By asking what’s at stake financially, you’re receiving a partial answer from us. A partial and vague answer, you might argue, but we staunchly defend that by saying that it’s no longer a categorical yes or no, or a black and white answer. We prefer to stay in the gray zone and tackle the crux of the matter. The crux is, when one says ‘financial reasons’ what are those reasons exactly?

Just how much are we talking about? That’s putting it more bluntly.

Alright, so here’s our take on the matter. If, after crunching the numbers, the net amount is negligible by negligible we mean it will not generate a major financial disaster for a spouse then there is NO reason to stay married. This is assuming that:

Going to the other end of the spectrum, if you have substantial assets that you’ve built together houses, cars, yachts, stocks and bonds, retirement funds and other investments that are registered in both your names, then you may really want to think long and hard about filing for a divorce. A separation may involve a different set of dynamics and may not significantly affect these assets. A divorce, on the other hand, is more final and permanent, and may necessitate a 50-50 split of all that’s jointly owned by the two of you.

Do the numbers. If possible, ask anaccountant’s and’ divorce lawyer’s‘ opinions. One concern would be how much of a financial loss would be created by a divorce, how would each spouse fare in the split-up of assets and liabilities, and how is the debt burden going to be managed if there were a divorce? You may also want to find out about tax implications: for example, if you were to sell your main home and your vacation cottage, how will the capital gains be calculated and what taxes have to be paid? Same question regarding retirement plans. Are the husband and wife going to lose any substantial tax-deferred interest when they divorce?

When a young couple realize they’re no longer in love, it is easier to separate or divorce without any financial worries to consider. They’re young and have probably not accumulated that much wealth. The situation would be different for an older couple with substantial assets in their portfolio. The possibility of losing a chunk of their savings just because of an impending divorce may deter them from taking the road to divorce, or at least make them think twice.

After all, there are so many creative ways for a wealthy couple to stay in the marriage and still be able to pursue their own dreams and interests. The key here is to remain good friends. When you can no longer be lovers, it’s a great bonus if you can at least be friends. The money issues are easier to negotiate when you’re friendly with each other.

We’d be under heavy criticism for urging that couples stay married for money’s sake, but that advantage does pale when children are concerned. Staying married has its advantages that involve more than the dollars and cents:

By staying married for financial reasons, you also contribute to the emotional stability of your children it’s like killing two birds with one stone.

Save the family treasure and save an even more important treasure the kids. So, before you start thinking that staying married for financial reasons is nothing but selfishness, rise above the petty issue of money and consider the children’s happiness it’s something that no one can put a price tag on;

– This is true particularly for couples who have substantial assets. You’ve heard the saying, ‘keep it in the family.’ While this may be a snobbish attitude to some, it’s a very practical alternative;

By staying married for financial reasons, you may have opportunities in the future to work out your differences in a civilized way and perhaps regain that lost spark.

-Who knows, you may realize many years down the road that you love your husband after all and that he’s the only one you can trust, despite his warts;

By staying married for financial reasons, you can maintain your present lifestyle and not feel financially restricted in enjoying what life has to offer for you and the children.

– You don’t have to scale back just because of a divorce. If you’re used to a certain standard of living, it will be very difficult for you to adjust. Instead of two homes, you only have one (where would you go in the summer time?), instead of say $200,000 in the bank, you’ll only have $100,000.00. Life is an expensive proposition. Think ten years ahead and imagine what kind of expenses the children will have when they reach university age. Falling in love the second time around is as romantic as it sounds, but if you fall for someone who is in financial difficulty, how much sacrifice are you willing to start over with him or her?

By staying married for financial reasons, you and your spouse can mutually agree to pursue interests with sufficient discretion and respect.

-In other words, if you’re in the mood for meeting a nice person for dinner, don’t do so flagrantly and give your children the wrong signal that ‘It’s okay for mom to date other men even if she’s still married to dad.’ We repeat: two mature and decent people who are’ no longer in love‘ can make arrangements so that they are free to see anyone they choose without causing disruption in the family routine.

Many people believe that staying married for financial reasons is a shallow and superficial way of living. But that’s because they’re objective observers. Should they find themselves one day in a situation such as the one we described here, they may have second thoughts about passing judgment especially when they reach a level of wealth accumulation that is threatened by a potential split.

At age 40, 50 or 60, the ballgame is a little different. Who wants liabilities at that age when you can have assets? it’s not like you’re 30 and can start from scratch!