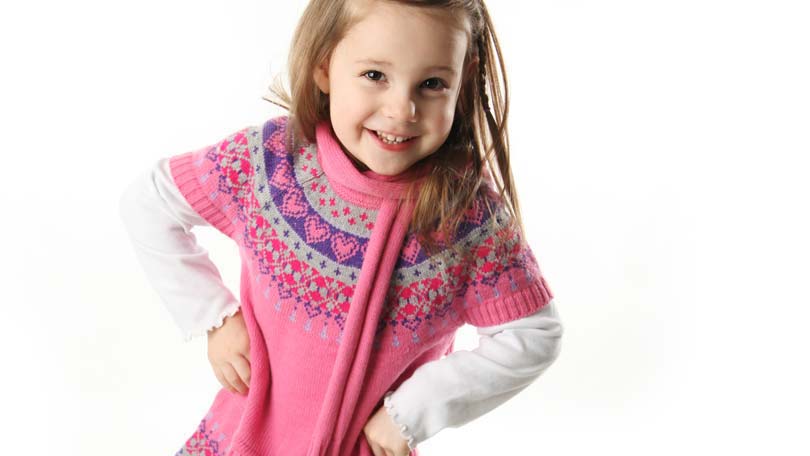 The question of staying married for the children’s sake is equivalent to asking, is it about you or is it about them? In the scheme of things, who comes first? And on an emotional level, whose feelings are more fragile?

Whose future is it anyway?‘

At the time you tied the knot, wore the ring, threw a grand reception and escaped to one of the most expensive destinations of the world, you were convinced that getting married was the best decision you ever made. It was the beginning of a beautiful life filled with love, blessed by society and supported by friends and family.

Truth is, marrying the chosen one made you drunk with happiness. That’s why they say weddings hold so much magic, and that love conquers all. The honeymoon was unforgettable, the house buying threw you in a state of joyous frenzy and the adorable children you bore brought more happiness into your home, warming your heart and soul. Being a parent for the first time deserves poetic narration, but you know deep down that nothing no one can truly capture the ecstasy that ran in your veins when your first born arrived. A new you, a changed status, and exciting plans for the future.

Then’ somewhere along the way, something changed.‘

You begin to wonder why the same feelings of happiness years ago now elude you cruelly revealing that this thing called happiness is strictly ephemeral, a passing stranger in the night. One day you felt like Cinderella, convinced that you would live happily ever after, but all that was only an illusion. A bait. A trap. And you fell for it.

If we were to examine and dissect life into sequential stages, what follows after spouses discover that love and marriage do not go together like a horse and carriage that it is just an old wives’ tale used to trick the young and innocent?

In contemporary societies, divorce would appear to be the next logical step. For childless couples, this may be the best and quickest solution because let’s face it, we need to get on with our lives. Our personal agendas are brimming with plans, hopes and dreams that a failed marriage should not spoil.

But when there are children’

Staying married for the children’s sake is a burning question that divorcing couples have to grapple with.

Granted, there’s no point staying together when husband and wife no longer love each other but when children are concerned, the dynamics are different.

Regardless of their age, children are profoundly affected by the divorce of their parents. Survey after survey unravels a precarious situation that children have to deal with when their parents’ lives change course dramatically. Because of the uncertainty and insecurities triggered by the split-up of their parents, children are forced to adjust to their new circumstances. It is this constant adjusting that puts a strain on their psyche especially highlighted when each parent falls in love with another person and moves into a living arrangement. The mental confusion forces the children to what psychologists refer to as ‘negotiating their own relationships.’

One observation is common: a good number of these children remain single late in life or are simply not interested in married life. Many of them do not want children, some of them expressing the fear that they don’t want their children to have the same growing up pains they had when they were young and exposed to their parents’ conflicts. These facts were revealed by Mark Fine and John Harvey in their book Children of Divorce: Stories of Loss and Growth (2004), citing the works of Wallerstein et al who monitored 131 children in California for 30 years whose parents had divorced.

Staying Married for the Children’s Sake – Not If’

We’ll face the issue head on: should couples stay married for the children’s sake? Our answer is yes, but we have to qualify that yes answer. This is our take:

If husband and wife are educated and responsible human beings, there must be a willingness on their part to stop thinking of their unhappiness and concentrate instead on the happiness of the children.

Circumstances change, however, and because of these changes, individuals are deeply affected. You may have heard friends and family speak of incidents that forced couples to divorce. Yes, we have to think of the children first and foremost, but when life turns out to be a living hell for couples, they must be given the chance to ‘bail out’ of the marriage so as not to drag the children into the drama.

An example is when the husband has a history of physical and sexual abuse, or if the woman has had drug problems in the past. There’s no reason why young, innocent children have to be exposed to a string of negative events. In one real life example, a friend had an uncle who was addicted to video lottery terminals. Going from the occasional gambling stint, he graduated into heavier stakes, unable to control his betting impulses. How did his story end? You guessed right. He lost everything: a beautiful wife, adorable kids and a home that was the envy of the neighborhood. This man has gone into hiding and his family doesn’t know of his whereabouts.

Another example is when an individual’s cocaine habit causes the family’s fortunes to disappear. People who take drugs for pleasure think that their habit won’t go past the occasional joint, but just as smoking cigarettes is addicting, the same is true for heavy drugs. In fact the addiction can be much worse. Individuals destroy themselves and their families so that the other spouse has no other recourse but to leave the marriage in order to save the children from this traumatic reality.

Verbal abuse is tantamount to mental torture. When a spouse constantly belittles the other, reducing that person to a human being with no self-esteem, then it’s time to bail out of the marriage. Health concerns are also trigger factors for spouses to fall out of love for each other. When husband or wife puts on considerable weight and does NOT do anything about it, it puts a lot of pressure on the family.

Religious fanaticism is another reason. When religious beliefs get in the way and could endanger the lives of loved ones, what can one do? A clear example of this is when certain religions condemn blood transfusions. The wife of an individual we knew went into an epileptic seizure and would not agree to a transfusion because of her religion, but it was forced upon her by family members. No need to say it saved her life. Religious fanaticism is deplorable especially if it affects those around you.

Bottom line: while we have no right to rob children of their innocence and youth and force them to become adults abruptly because their parents have split up, we should also bear in mind that there are situations that fall outside the realm of choosing between the happiness of the children or the happiness of the husband and wife.

If the situations we mentioned above do not exist in a marriage, then couples must stay married for the sake of children. Dialogue should take the place of fighting and confrontation.

Divorce is all about the children

When two people divorce, it immediately creates a void in children’s lives. How large or deep that void is depends on certain factors. One would be the genetic elements that constitute their personalities, another would be the degree of love and affection for both parents or a particular attachment to one, or still, the emotional absence of parents who were too preoccupied with their own troubles to notice what the children were going through.

Some people will argue that there are cases where children of divorced parents have benefited from the separation because the sudden change in their home life teaches them the value of independence and resiliency.

Independence and resiliency are wonderful traits, but at what cost?‘

Do children grow and become stronger emotionally because of divorce? On the surface it may seem that way, becoming shining examples of why divorce is a necessity. But what lies beneath it all? The effects of the divorce may lie dormant in them for years, but how can we predict when they will explode later into adulthood when they themselves become parents?

Children of divorced parents carry the emotional scars forever. As they develop into adults, they will continually attempt to resolve issues that they faced years before: do most marriages end up sour? Where do I belong? How does one define family? How many families must I be loyal to? Why do I have to go back and forth two houses when it was so much easier when mom and dad loved each other?

Depending on how painful the injury inflicted by divorce is, children of divorced parents have a higher risk of turning delinquent and to perform poorly in school. They experience serious emotional and social problems making them feel that they’re alienated from the rest of society social outcasts who ought to be ashamed that their parents are divorced. There’s also the depression factor to contend with.

Again, we emphasize: if there is no domestic violence or drug/alcohol abuse, couples should stay married for the children’s sake. The family is the basic social unit of society. We need strong, solid families if we want a strong country that’s inhabited by people who are emotionally stable and have no ghosts in their closets. We want human beings who can rise to the occasion in good times and in bad not people who have a tendency to throw in the towel at the slightest disruption.

More importantly, we want human beings who can look beyond their own problems so that the children they’re raising in this world can do the same later on in their lives when faced with the same frustrations. Communities need productive citizens who dedicate their time and effort for the common good, who will shed off a bit of their individualism so that society can have one more solid family to add to its roster.

Marriage has, and will always be, a commitment between two people. It would be reassuring to know that we have no intention of eroding this sense of commitment in any way.