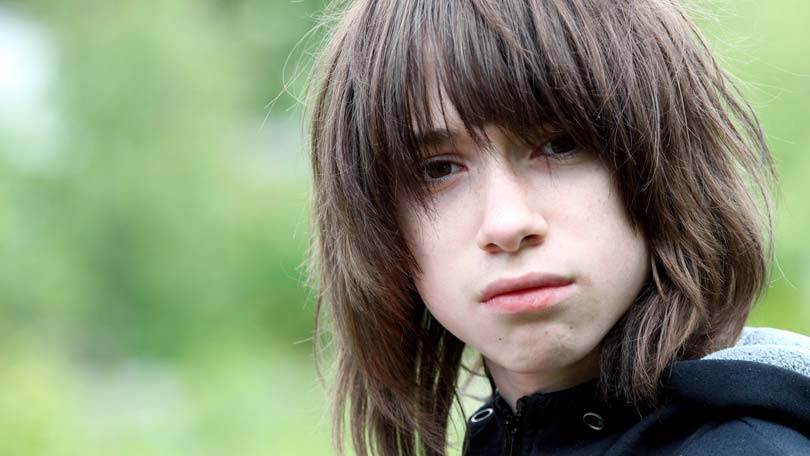 For young people between the ages of 10 and 24, suicide is the third leading cause of death according to the CC. Each year, teenage suicide results in the untimely death of around 4600 teenage lives. The majority of these suicides occur using a loaded weapon that the teen finds in their home. Perhaps more sad, is that while this many kids actually die from suicide, there are far more teens who survive suicide attempts (more than 157,000 teens) which shows just how prevalent suicide is among the teenage population.

Teenage suicide knows no boundaries. It does not strike poor people more than rich people, black people more than white. It doesn’t affect the middle class or the upper class. It affects all types of people from all types of families. And in about 1 out of every 3 teenage suicides, the parents, friends, and family say that there were no distinct warning signs. Sure, there teenager may have been having some problems at school or with friends; they may have broken up with a boy/girlfriend. They may be struggling to find themselves or had a drop in grades. But most parents assume that this is just part of the phase of the teenage years.

While there are some predispositions to suicide such as mental illness, alcohol or drug abuse, a history of mental illness and a family history of suicide most families are taken completely off guard. This is why talking to your teens about suicide is so important.

While your teenager may look like an adult, the truth is that their brain is still developing. Teenagers do not have the ability to see around corners and don’t completely understand the consequences of their actions. Many teens attempting suicide are actually doing so as a way to seek out help and assistance (or attention) from others. They may be going through something in their minds that they feel is so overwhelming, they don’t see a way around it. And teens, unable to see the distant future feel that the emotions in the moment are permanent.

According to experts, there is no way for young kids to understand the permanence of an action such as suicide. Parents need to remain vigilant and stay in tuned with how their teens are feeling. If you notice that your teen has a sudden change in friends, seems to be depressed, or is otherwise going through a dark face, it is important for parents to act in the moment. According to a survey of high school students, 2 out of every 4 admitted to having thoughts of suicide at one time or another. This equates to half of all teenagers. Could your teen be one of them?

Another problem that has heightened the suicide rate among young people is the fact that the media and online social networks make a habit of glorifying the teens that commit suicide. Consider the immense amount of attention that the teen suicide of Amanda Todd caused on social networks. Within a week, teenagers were threatening copycat suicides and jumping on the Amanda Todd bandwagon. For teenagers that were on the brink of emotional issues, seeing the after death attention that this teen received confirms their reasons for committing suicide. Even worse is the rumored Forever 15 club, which is essentially a club for girls who are all planning to commit suicide during their 15th year. These teens are making a virtual pact to kill themselves, often without the knowledge of anyone else except for the other girls in the ‘club.’

Parents need to step in and explain to teenagers that suicide is NOT the answer! Teens need to hear that the glorification of death in the shadow of a dark time does not punish anyone except for the teen and the family that loves him or her. Amanda Todd hurt herself and her family, where the people who bullied her are still living on. In fact, the best revenge is thought to be a life well lived.

The Society for the Prevention of Teen Suicide believes that any talk or mere mention of the world suicide by a young person should be taken seriously. You should explain to your own teen that if they hear of a friend talking about suicide that they should tell an adult immediately. No one knows for sure if the talk is to gain attention, or something real that the teen is feeling. The bottom line is that there is not time to sit around and think about it. In around 4/5ths of all teenage suicides, the teenager told someone else first that they were thinking about suicide whether it be a friend or a family member. All talk of suicide should be taken seriously. If your child gets mad, slams the door in your face because you wouldn’t let them go to a party and says, ‘I am just going to kill myself,’ you as a parent have a responsibility to seek help for your teen. Additionally, in no situation should talks of suicide be taken lightly. Parents need to be careful and not call their teenage crazy, or use angry words to try and diffuse an emotional situation, but should instead try to remain calm and understanding. During times like this, your teen needs you to remain non-judgmental the most.

You should first try and speak to them yourself. However, most teens do much better talking to a professional or meeting in groups. You should also call your pediatrician and let them know that your teen is having trouble. There is no shame in this, and the last thing that you want to do is wait and see if they are bluffing. Especially since teens tend to act without really thinking things through.

One place to call is the Suicide Prevention hotline number at 1-800-273-TALK. This number is equipped with qualified individuals who can talk to you or your teen about suicide. This number is open for both teens thinking of suicide, teens that have a friend that mentioned suicide and parents and can be a fast way for all involved to get the right help.

The most important thing about talking to your teen about suicide is letting them know that nothing, and you mean nothing in this world, is so bad that suicide is the answer. Teens need to know that they are supported by their families, and they need to be told that making mistakes and having bad things happen is just part of life. This is something that you cannot say too much to your children. And, as a parent paying attention to the moods and behavior changes of your teen is important and could be lifesaving in the long run. The worst thing you can ever assume as a parent is that ‘It won’t happen to your child!’ No teen at any time is above thoughts or feelings that could lead to suicidal tendencies.

Whatever you do do not remain silent. Even if you don’t know exactly the right words to say’.say something. Tell your teen you love them, that they are loved and needed and that they add value to your life and to the world. These are things no teen, no matter how many eye rolls they shoot your way, can hear too much of.

Out of Control Children – Look After Your Kids!

How Much Should You Spend on a Family Vacation?

How to Be a Happy Stay at Home Mom

What Happened to My Husbands Sex Drive?

The Siblings Killed the Tooth Fairy